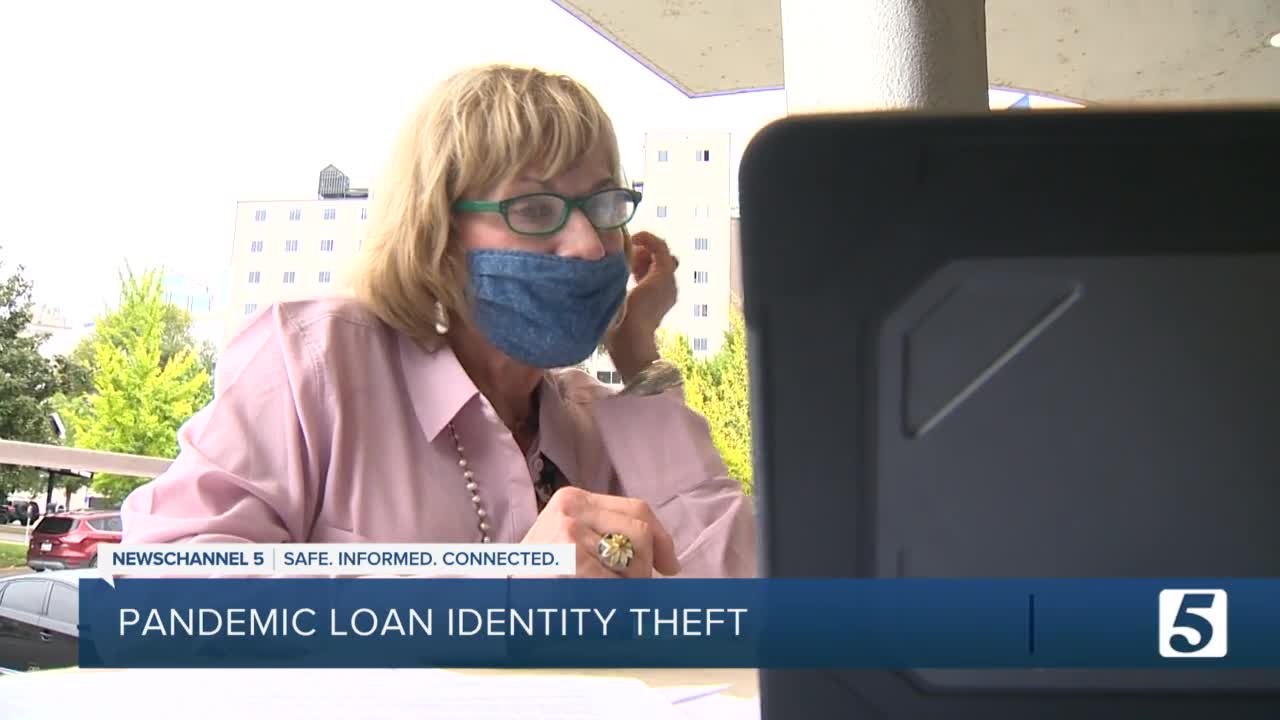 Letters from the U.S. Small Business Administration say one Nashville woman is now on the hook for a $45,000 loan, she never applied for.

NASHVILLE, Tenn. (WTVF) — Letters from the U.S. Small Business Administration say a Nashville woman is now on the hook for a $45,000 loan, she never applied for.

Pat Golab has never owned a business, but on Monday she saw an online small business loan application in her name for the first time.

She told NewsChannel 5 everything began in August when she received an email saying her SBA Economic Injury Disaster Loan (EIDL) was approved. Rather than call the number on the email which seemed like the obvious answer, she decided to search for the number online herself.

This would set off a flurry of phone calls and emails to the office of the Inspector General (OIG) in charge of these investigations, as well as the Williamson County Sheriff’s office where she filed a report.

“You have to make it almost like a full-time job and a lot of people can’t do that or don’t know to do that,” Golab said.

With the COVID-19 pandemic forcing many people to stay home more often, Golab says she had just enough free time to investigate what she could on her own. Days later, Golab received a letter from Varo online bank with a debit card tied to the same account where the loan was sent.

Of course, it couldn’t be that easy, she thought, and she was right. By then, the money was gone from the account and to this day she doesn’t know where it went.

“You know they say crime doesn’t pay, but it makes you wonder,” Golab said.

If only the headaches stopped there. In the coming days, Golab received another email, this time from USPS telling her that her mail would begin forwarding to Houston. From what she could tell, Golab says someone tried to have the card sent to the home in Houston but wasn’t prepared for mail-forwarding to take so long.

Golab was able to confirm with the bank that the account was indeed opened up using her name, social security and other personal information. All information that she says she’s been vigilant about protecting for years.

“Several people that I’ve told...friends. They’ve said that’s one of my worst fears and you can’t give them any advice on how to avoid it or what to do, because I don’t know how it happened,” Golab said.

Just trying to get the address situation straightened out was a nightmare Golab says. All the while, she’s waiting to hear from the OIG for an answer on if they can clear her name from this loan.

She began scanning her credit cards for suspicious activity and noticed a $225 charge for DirectTV, that she later confirmed wasn’t from Nashville or even in Houston.

“I thought okay so is this coincidental or is my information just everywhere? It’s frightening, you know,” Golab said.

She's been told she’s done all the right things from the very beginning. Golab filed a report with law enforcement and a complaint with the OIG. She checks her credit report weekly and uses a service designed to scan the dark web for her name and personal information.

What upsets Golab the most isn't knowing that her information may have been compromised for years to come, but knowing there are small businesses out there who could actually use this money and now won't have it.

We contacted the OIG and they tell us that for privacy reasons, they cannot discuss the status of a complaint. Saying in part, “OIGs have a statutory responsibility to protect the identify of complainants. You can read more about SBA Hotline processes here.

They continue on to say, “for complaints involving identity theft, with an appropriate waiver of confidentiality from a complainant, OIG can share the complaint with SBA’s program offices for their appropriate action on the lending action (e.g., flag the loan file, cancel the loan application, stop disbursement, etc.). The matter of the identity theft is more nuanced with complainants having avenues of recourse through state and local authorities, the Federal Trade Commission, etc.“

The BBB offers these tips for spotting a small business loan scam:

Look for a website that ends in .gov or .ca: Legitimate government entities will have websites and emails that end with .gov such as SBA.gov.