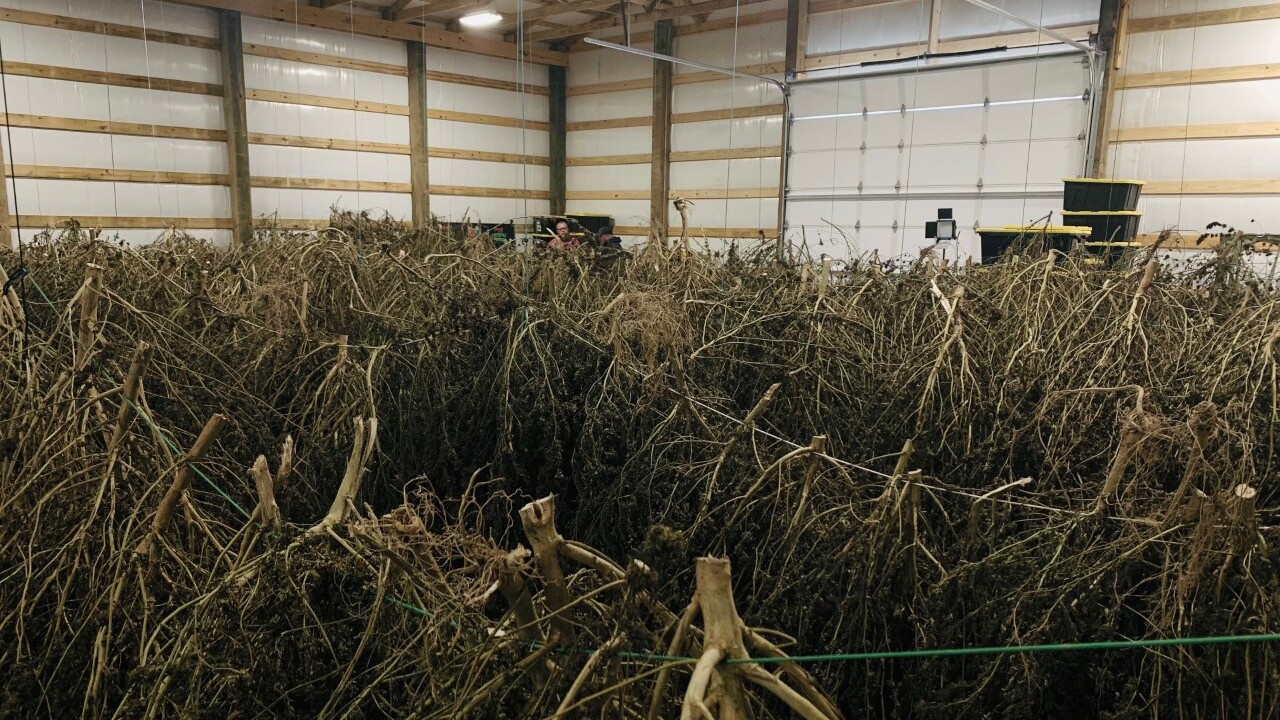 WHITE COUNTY, Tenn. (WTVF) — A White County hemp farmer is out $50,000 worth of hemp that was ready to be sold when someone broken into a warehouse and stole the crop.

Joe Kirkpatrick, of Tennessee Hemp Industries Association says he believes people are stealing the crop to sell on the black market as marijuana.

According to Jody Wilson, owner of Wilson’s H&H Farm, his crop was taken sometime Sunday. A couple hundred pounds of hemp flower and some hemp processing equipment was stolen from Wilson’s warehouse.

Wilson said he thinks someone squeezed under a warehouse door they leave cracked to allow air circulation moving in the warehouse. The company dries its hemp plant in the warehouse to later be sold to create oil. "They got about 10-15 totes. A lot of the totes are 40 gallons plume full of hemp flower. So, about 200 pounds," Wilson said.

Wilson said he estimated the total value of what is stolen at $50,000.

Thieves have targeted Tennessee hemp farms in the past year. In October of 2018, armed men were caught on camera walking through a hemp farm in Indian Mound, TN. Just last week, a farmer reported 85 whole trees were taken from a farm in Hartsville.

Wilson's company is also out of luck for reimbursement; Wilson didn’t have insurance. "The industry is still new. I think the insurance companies are still skeptical,” he said.

He’s since set up a new security system.

Kirkpatrick says the best way to keep thieves from targeting hemp crops is to invest in security cameras and keep harvested hemp crop locked up.