A surge in crashes with Amish buggies in Lawrence County has the Tennessee Highway Patrol sending out a serious warning for drivers. 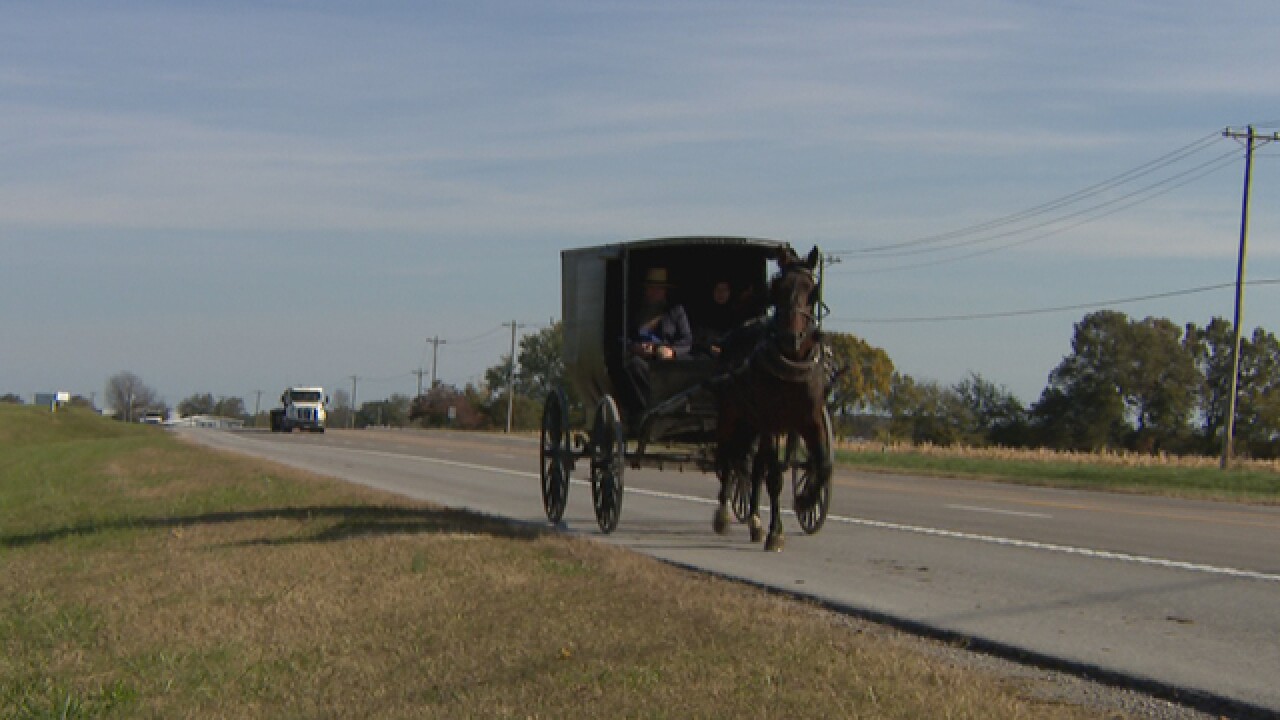 A surge in crashes with Amish buggies in Lawrence County has the Tennessee Highway Patrol sending out a serious warning for drivers.

There aren't many places where the sounds of fast-moving cars ring out alongside the sound of hooves.

"It is kind of the hub for the Amish communities throughout the state," said Tennessee Highway Patrol Lt. Christopher Dye, who runs the Lawrence Co THP office.

In Lawrence County, Amish buggies and cars share the road. In the past, troopers say they haven't had many problems.

But this year is different.

"Distraction is probably one of the main reasons why we've seen a huge increase of buggies being struck by cars," Lt. Dye said.

He said some drivers have been looking at their phone, while others are distracted by their passengers or take their eyes off the road to grab something in the car.

In years past, THP reports one or two crashes in the county per-year. But in 2018, the number of buggy-involved crashes is already at six, with two months of the year left.

That's four times the normal average for an entire year.

And while that may not sound like many crashes, THP says buggy crashes are especially dangerous.

"There's no protection for the occupants inside the buggy, " Dye said. "There's no seatbelts, there's no passenger restraints whatsoever. A lot of times they're traveling with their family and young children."

Child restraint laws do not apply to buggies and children are sitting unrestrained in the cart.

In August, 28-year-old Jonas Mast died in a crash. Troopers say he left five daughters behind, some of whom were in the buggy at the time. Five others, including adults and children, have been hurt so far in 2018.

In every crash troopers say the car driver was at fault.

"The occupants of that buggy (who survive) are usually seriously injured," Dye said.

He says four out of the six crashes happened on Highway 43 in the area where the shoulder that buggies often use ends. As you approach Lawrencburg, buggies have to share the lanes with regular traffic.

"What we want people to understand is horses and buggies have the same right of way as a passenger car," said Dye.

A display of a re-created crash with a car and buggy outside the THP office serves as a reminder: slow down, pay attention and actively look for buggies ahead.

That way you can help prevent crashes with buggies and protect the lives of the people inside them.