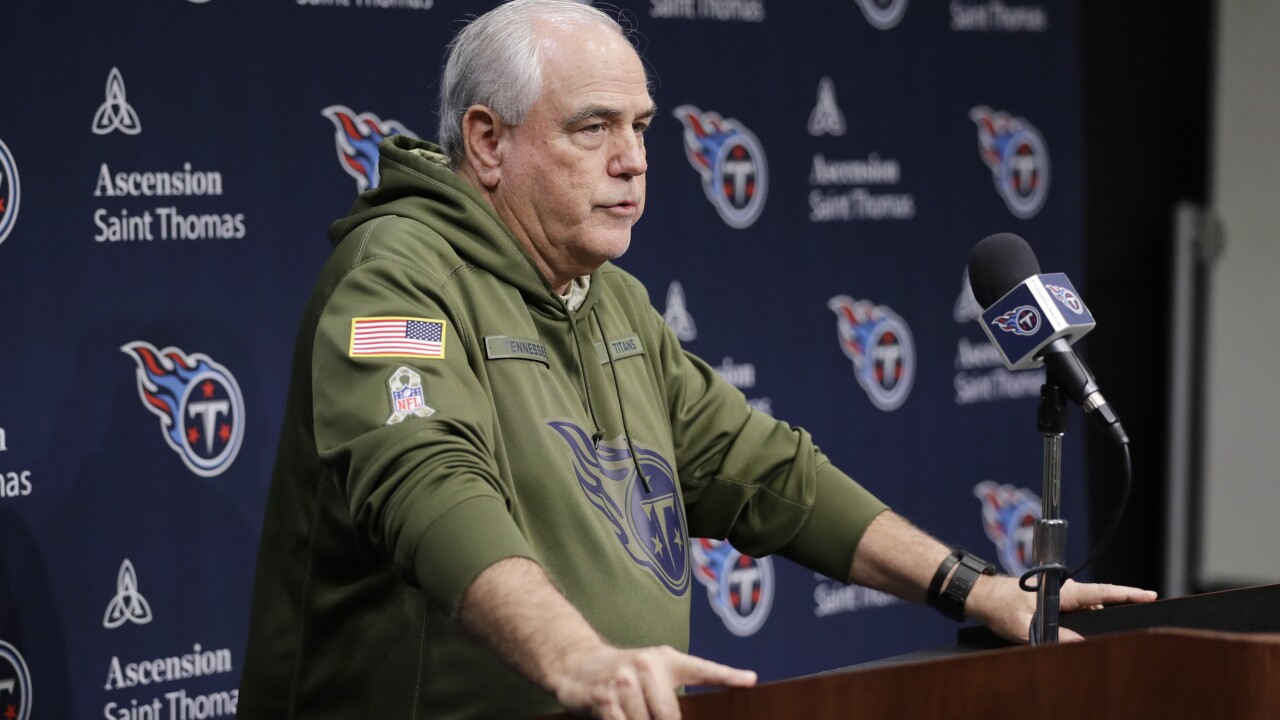 Pees joined the Titans in 2018 after coming out of retirement to take the job.

Pees was introduced to the podium Monday by head coach Mike Vrabel ahead of his season ending press conference.

"I talked him out of retirement once, I didn't have the heart to do it again," Vrabel said.

Pees joked that he's retiring for real this time saying "if I wanted to continue coaching, it would be here."

Pees' professional coaching career began at Findlay University, a Division II school in his home state of Ohio, back in 1979.