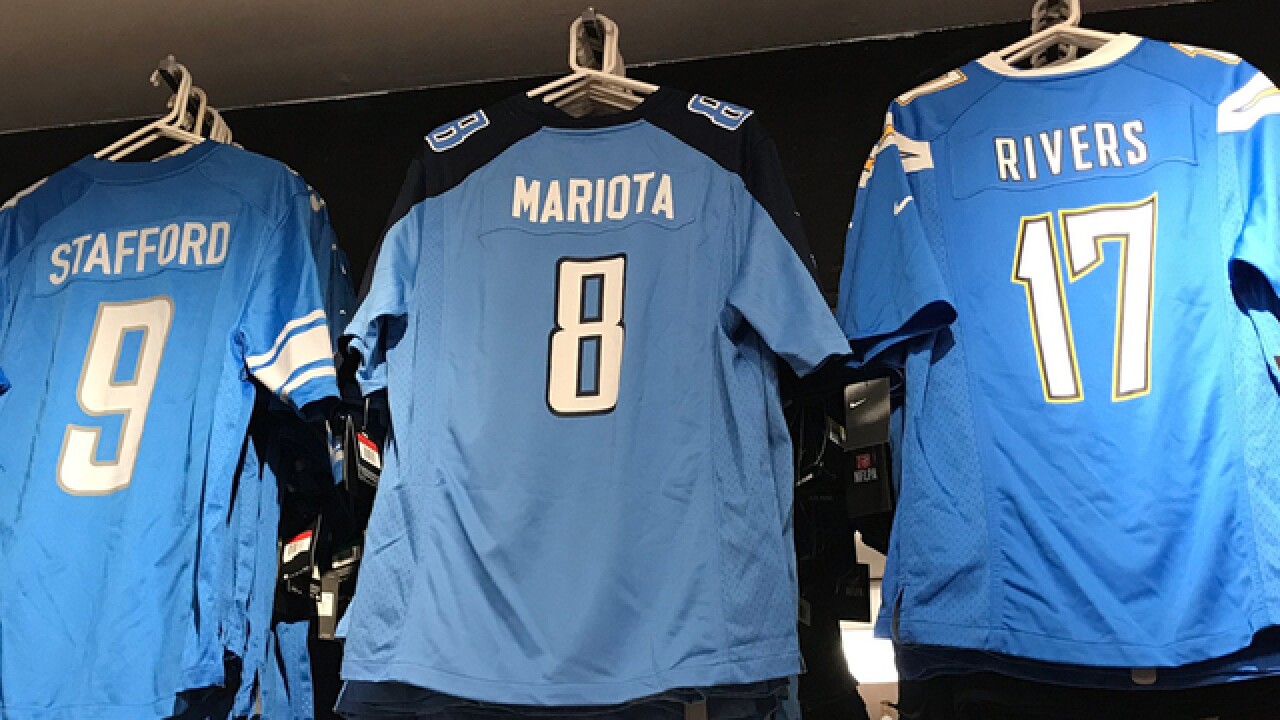 When the Titans team busses pull up to shiny, four-year-old Levi's Stadium Sunday they will be staring at a fork in the road that will take the form of a three hour football game against the suddenly resurgent 49ers.

Win and the Titans will be 9-5 and nearly guaranteed a playoff berth for the first time since 2008. A good, but far from great, team on the verge of taking the next step in the franchise's seemingly upward trajectory.

But lose to the 49ers and things get interesting. An 0-2 road trip would drop the Titans to 8-4 overall, all but ending their AFC South title hopes and putting their Wild Card chances in significant peril.

Perhaps more importantly another disappointing loss would increase the questions about this team's direction.

Mike Mularkey has been viewed as the right man for the job in Tennessee, directing the Titans to a huge turnaround, going 9-7 in his first full season as head coach after the team won just five games total the previous two years. His 17-12 record certainly looks like progress, but the team has hardly resembled the smashmouth identity in the second half of this season that served it so well a year ago.

Mularkey was also seen as the right choice because of the continuity and protection his offense would provide Marcus Mariota. But the franchise quarterback has seemingly regressed in year three, throwing for just 10 touchdowns while tossing a career-high 14 interceptions. What was expected to be one of the most explosive offenses in the NFL has averaged only 17 points per game the last four weeks, and managed just seven points in last week's frustrating 12-7 defeat at Arizona.

So what seemed like a strong marriage between head coach and quarterback just a couple months ago, now sits on rocky ground.

Make no mistake this game against the 49ers is the biggest of Mike Mularkey's tenure with the Titans and the biggest outing of Mariota's young career.

Win and the duo silences the criticism, if not the questions, for this season. Lose and the pressure mounts ahead of what could become must-win home games against the nine-win Rams and nine-win Jaguars the final two weeks.

The only way this season will be a failure is if the Titans fail to reach the playoffs. And a loss to the last place 49ers would suddenly make that not just possible, but perhaps plausible.

San Francisco has won back to back games thanks to the move to newly-acquired Jimmy Garoppolo at quarterback. The former Patriot's been impressive enough the 3-10 Niners are actually a one-point favorite over the eight-win Titans.

Will Mularkey, Mariota and company right the ship Sunday and get back to looking like a playoff team? Or will they prove the oddsmakers that think they're overrated right?

The Titans have reached a crossroads for this season, and maybe even the future of the franchise.

We're 60 minutes away from finding out which direction they're going.