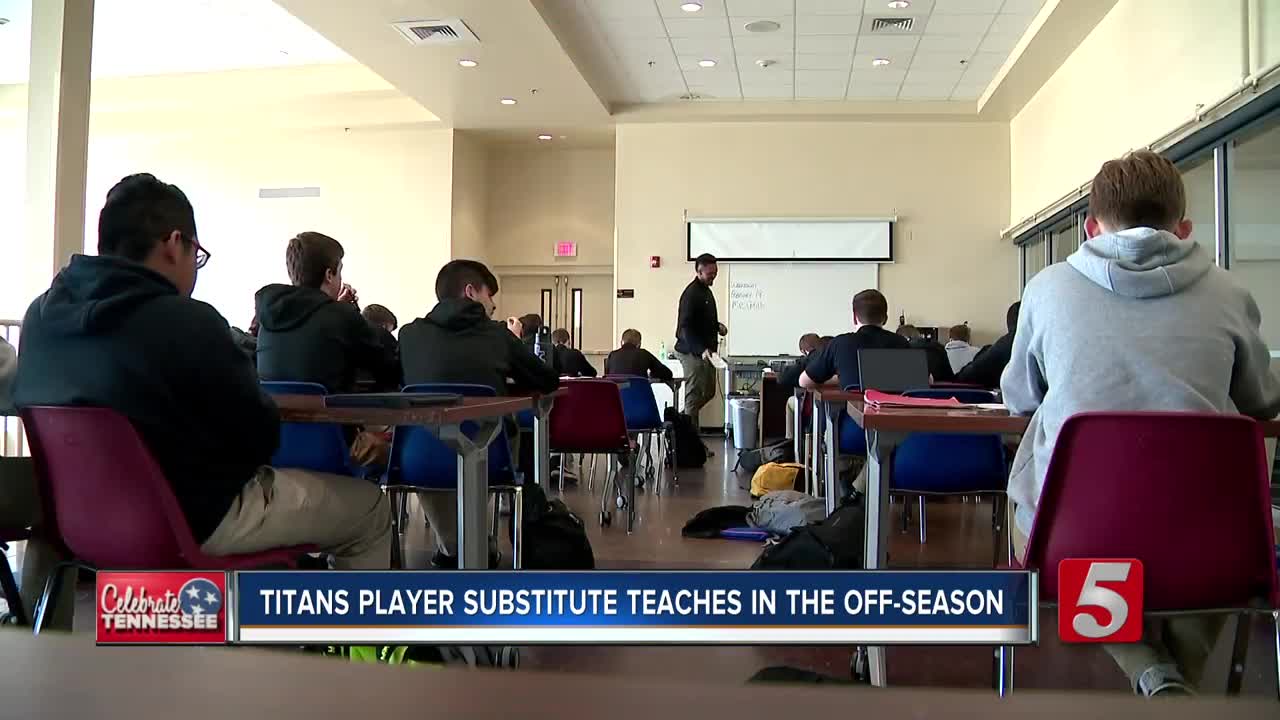 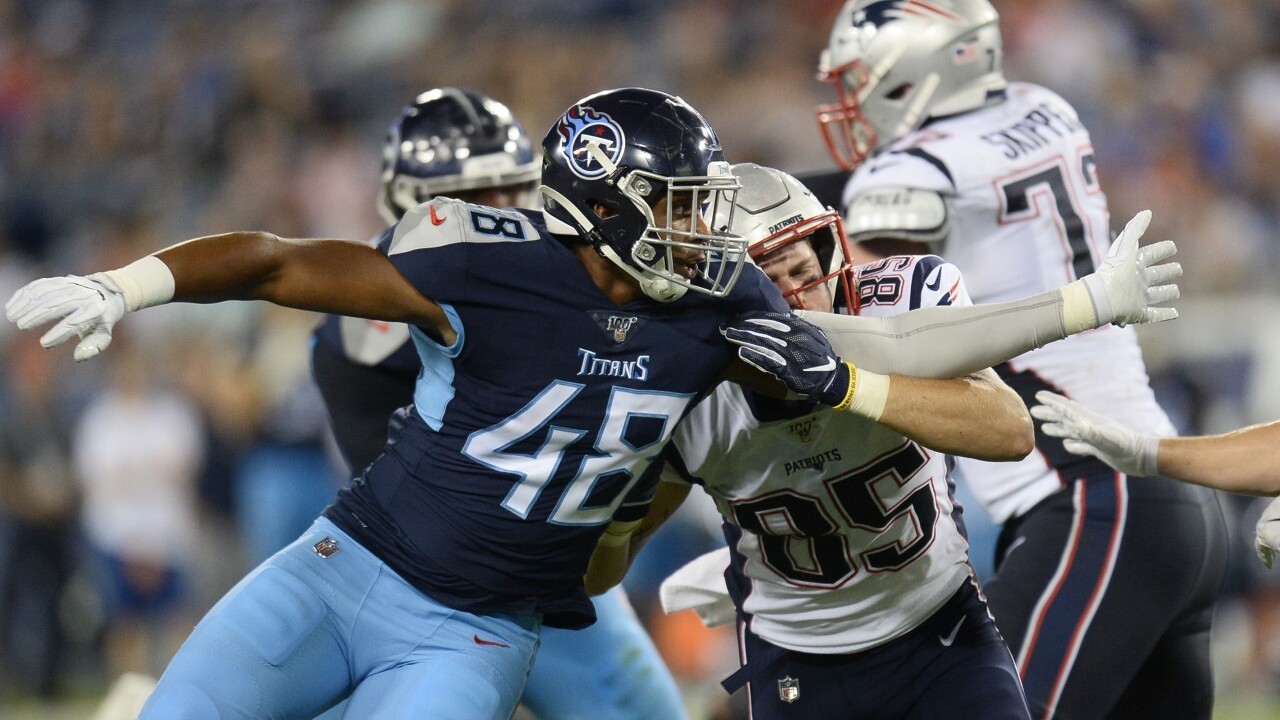 Listing every book in the Bible's Old Testament can be intimidating. That's why Josh Smith gave students at Middle Tennessee Christian School 5 minutes to look it over before the quiz started.

"Open the Bible app, it gives you the order which it’s in," Smith said.

He's not your typical substitute teacher. "I’m just here in the off season, I wanted to be around you guys," Smith said.

Some students recognize Josh as a Tennessee Titans football player. His football journey began at Oakland High School in Murfreesboro.

Josh figured it out, and he signed with Vanderbilt University as a linebacker. Fast forward to December, and he's playing on the Tennessee Titans practice squad. In January, Josh signed a futures contract with the team, and practice starts in April. Now, he comes back to the place it all started.

"It gives me the opportunity to share my story, inspire them, kind of keep the needle moving forward," Smith said.

Towards the end of the quiz, he gave middle school students two minutes to look up answers. He said he does this at every school to encourage good decision making.

"Oftentimes you’ll give them a quiz or some homework, and they’ll be trying to look off at somebody else’s and I’ll slide my way in and be like: 'So, you guys are just going to do it this way? You’re making one person work, and everybody else is riding their back,'" Smith said," And that’s not really how it’s going to work when you get out of high school, and you’re building habits that won’t lead forward to success."

The goal of his life lessons is to inspire students to be their best. "And all of them has what it takes to be great," Smith said.

While the quiz might be over, their lives have just begun. Hopefully, they all get a perfect score.

Josh Smith has a brother, Emmanuel Smith, who plays for the Kansas City Chiefs. Smith said he's coming back to Rutherford County to substitute teach this off-season too.