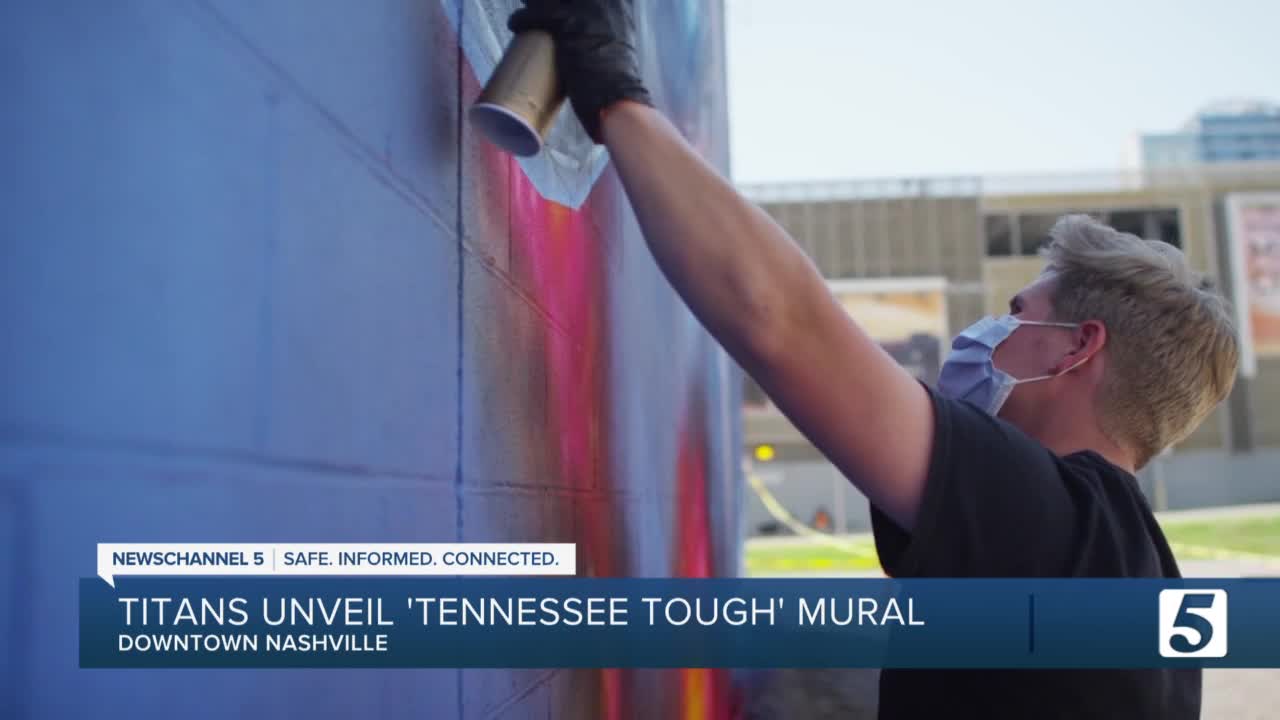 As part of the Titans' kickoff week celebration, the team unveiled a new "Tennessee Tough" mural downtown Nashville this weekend. 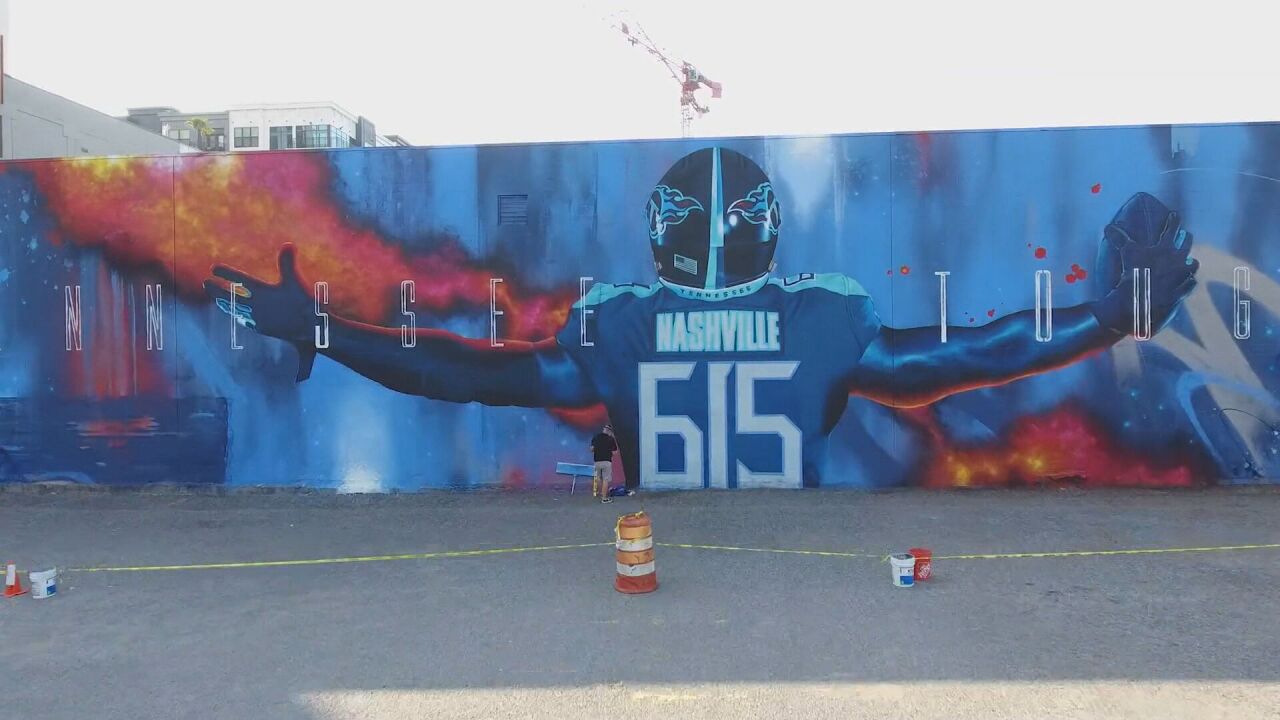 The mural features a football player with "Nashville 615" on his jersey alongside quotes from notable Tennesseans and a representation of different counties in Tennessee.

However, the most interesting part of the mural is what you can't see with just your eyes. The mural has a built-in reality component that makes the wall look animated when viewed through a cell phone camera.

The team said the mural represents how Tennesseans come together to overcome obstacles.

"We’re just really fortunate to be part of this community and it’s going to be a representation of how we’ve banded together, how people have really come together to help each other out, help a neighbor. We’re just really proud of that so we wanted to celebrate that with this mural," said Surf Melendez, Titans creative director.

The artist, Eric "Mobe" Bass said he was grateful for the opportunity to paint the mural because he has been cheering for the Titans since he was a kid.

If you'd like to see it for yourself, the mural is at the corner of Sixth Avenue and Korean Veterans Boulevard, across from the Music City Center.