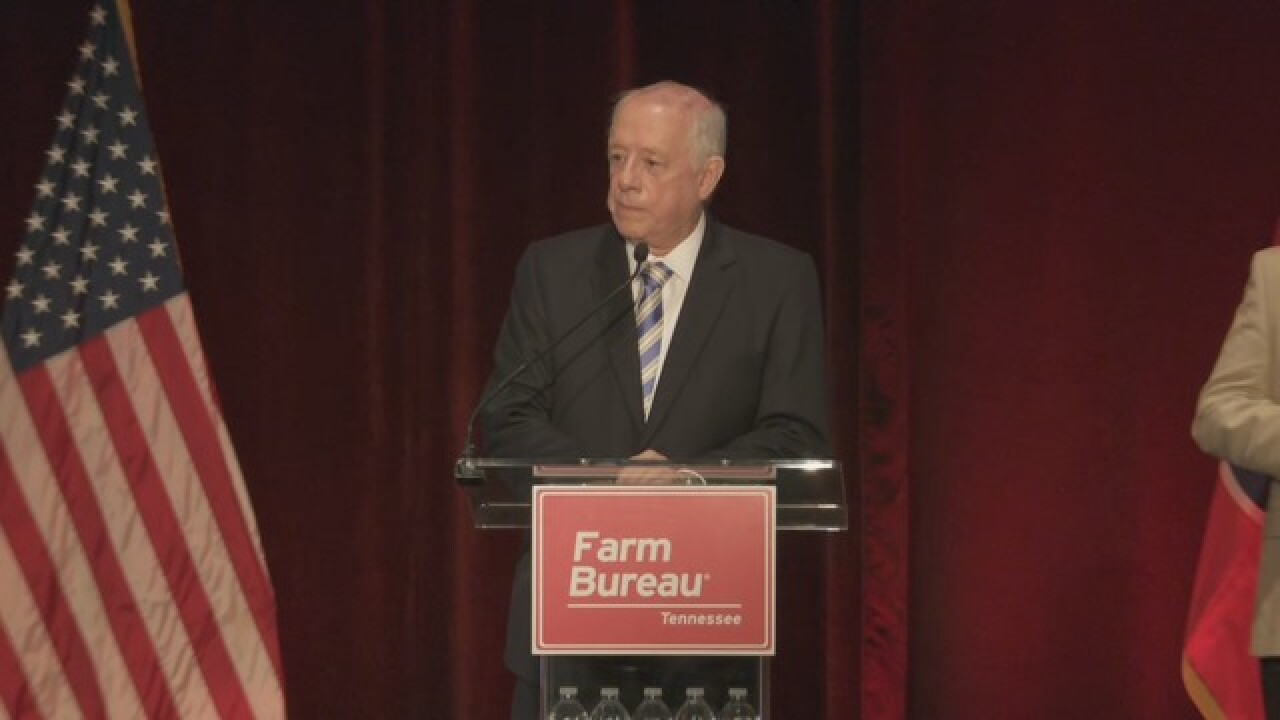 The Annual Tennessee Farm Bureau Presidents Conference kicked off in Nashville with several politicians laying out their plans if elected.

Marsha Blackburn and Phil Bredesen, who are running for the senate seat being vacated by Senator Bob Corker, talked about their plans if elected.

Blackburn said, "The senate needs to remember who it works for. The Senate is disfunctional and needs a good dose of change. I've done a good job of leading change in this state, leading the fight against the state income tax, restoring your ability to deduct the sales tax you pay every year on your federal income tax filing. That's the kind of change the Senate needs.