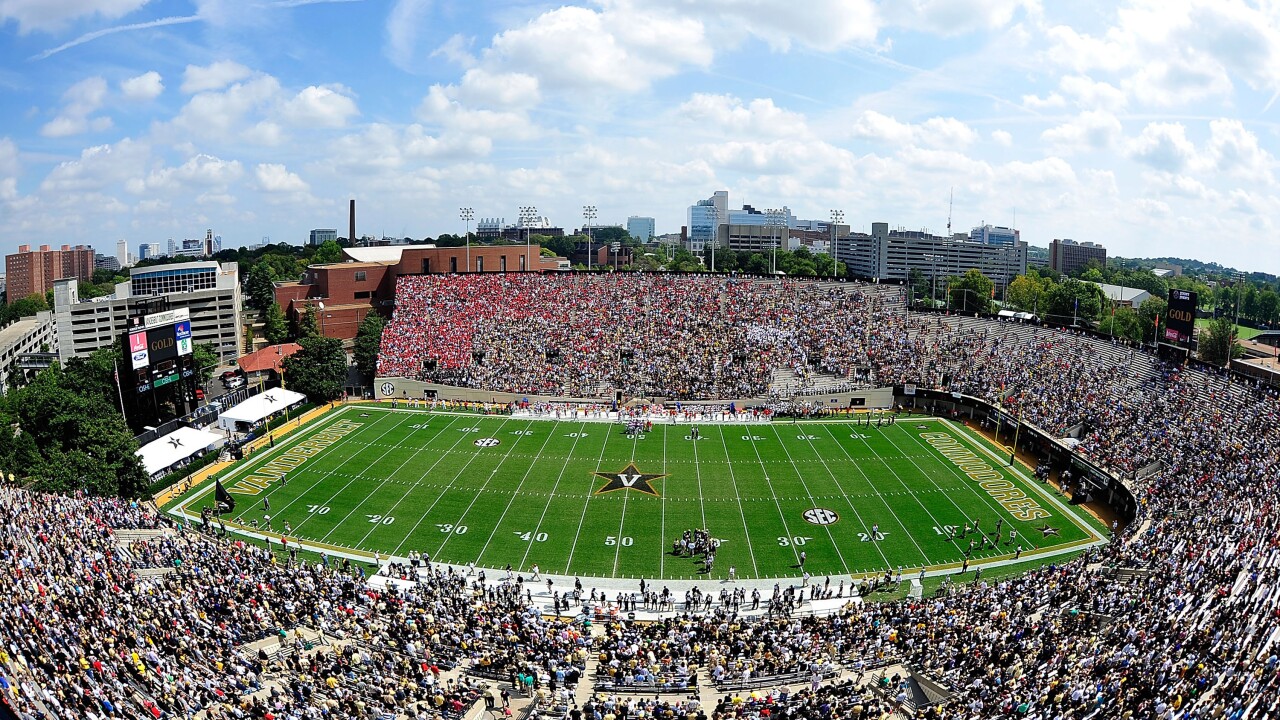 The Southeastern Conference recently announced it would allow the sale of beer and wine in public areas during college athletic events – at the discretion of each SEC school.

Vanderbilt says the general public will be able to buy alcohol at Vanderbilt Stadium on August 31, when the Commodores kick off the 2019 season against Georgia.

“Not only will this game day initiative enhance our fan experience, it will provide additional resources to invest in our mission of helping our student-athletes succeed on and off the field, such as through facility enhancements and in other areas,” said Malcolm Turner, Vanderbilt vice chancellor for athletics and university affairs.

Alcohol sales at home football games will be guided by the university's new alcohol sales policy, according a release from the athletic department.

A portion of the revenue would be used to “support prevention and education programming on campus related to alcohol use.”

Prior to this year, SEC programs were prohibited from selling alcohol in public areas of SEC athletics venues.