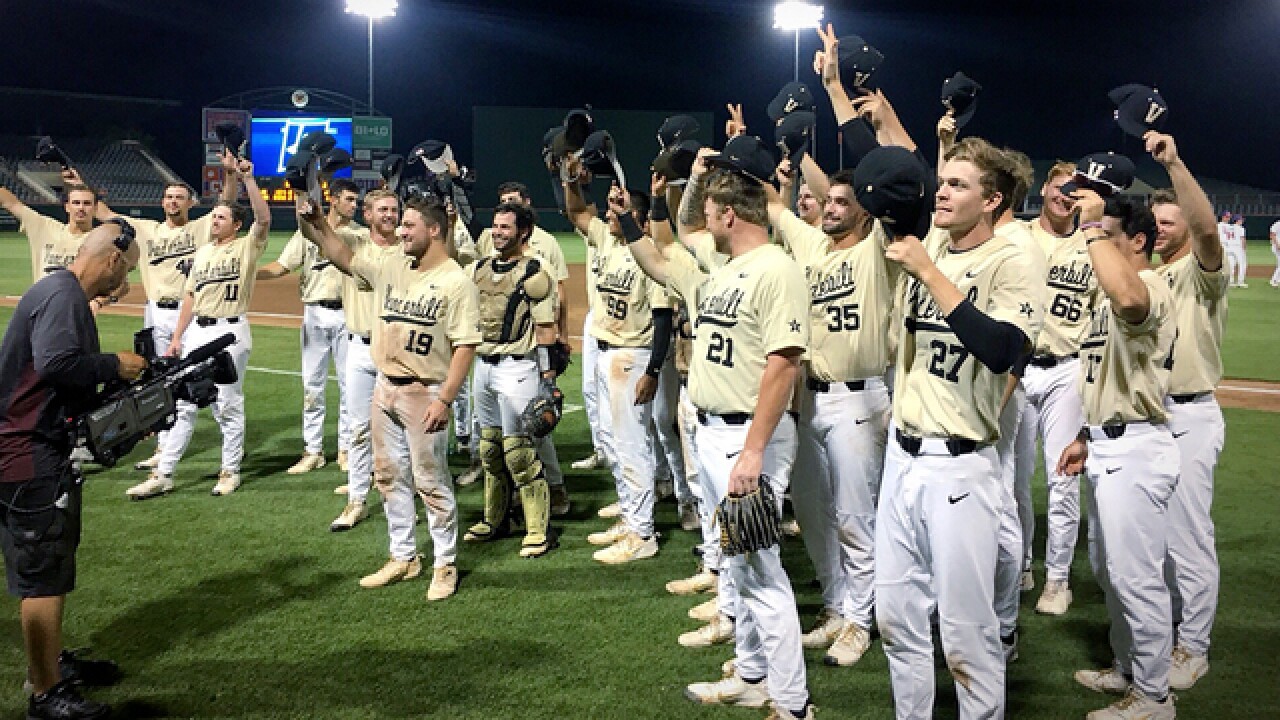 Copyright 2018 Scripps Media, Inc. All rights reserved. This material may not be published, broadcast, rewritten, or redistributed.
&lt;p&gt;Courtesy: Vanderbilt Baseball on Twitter (@VandyBaseball)&lt;/p&gt;

Vanderbilt bashed a NCAA Tournament record-tying nine home runs in a 19-6 rout of no. 10 host Clemson to win the regional title and advance to the Super Regionals for the seventh time in nine years.

Stephen Scott started the long ball parade as the second batter of the game when he homered down the right field line. The Vandy Boys increased their lead in the third when Kaiser deposited a three-run bomb into the seats in left. The very next batter, Phillip Clarke, then blasted the first of his two home runs on the night.

Kaiser then belted a grand slam down the right field line in the sixth giving the Commodores an 11-3 lead in support of Mason Hickman. The freshman starter gave up five runs in five innings, but pitched out of a bases loaded jam with just one run allowed in the fifth and left with a comfortable cushion.

Kaiser capped off his incredible night with a two-run home run to left center in the seventh and a RBI single in the eighth. Scott added his second home run of the game, and Julian Infante and Harrison Ray also got in on the act as the Dores became one of just three teams in NCAA history to hit nine home runs in a tournament game.

The win completes a three-game sweep of the Clemson Regional in which Vandy defeated the host Tigers twice, along with St. John's in the opener on Friday. It marks the second straight season they eliminated Clemson on its homefield in the regional final.

Now Vanderbilt awaits the winner of the regional final between Mississippi State and Oklahoma in the Super Regional next weekend.