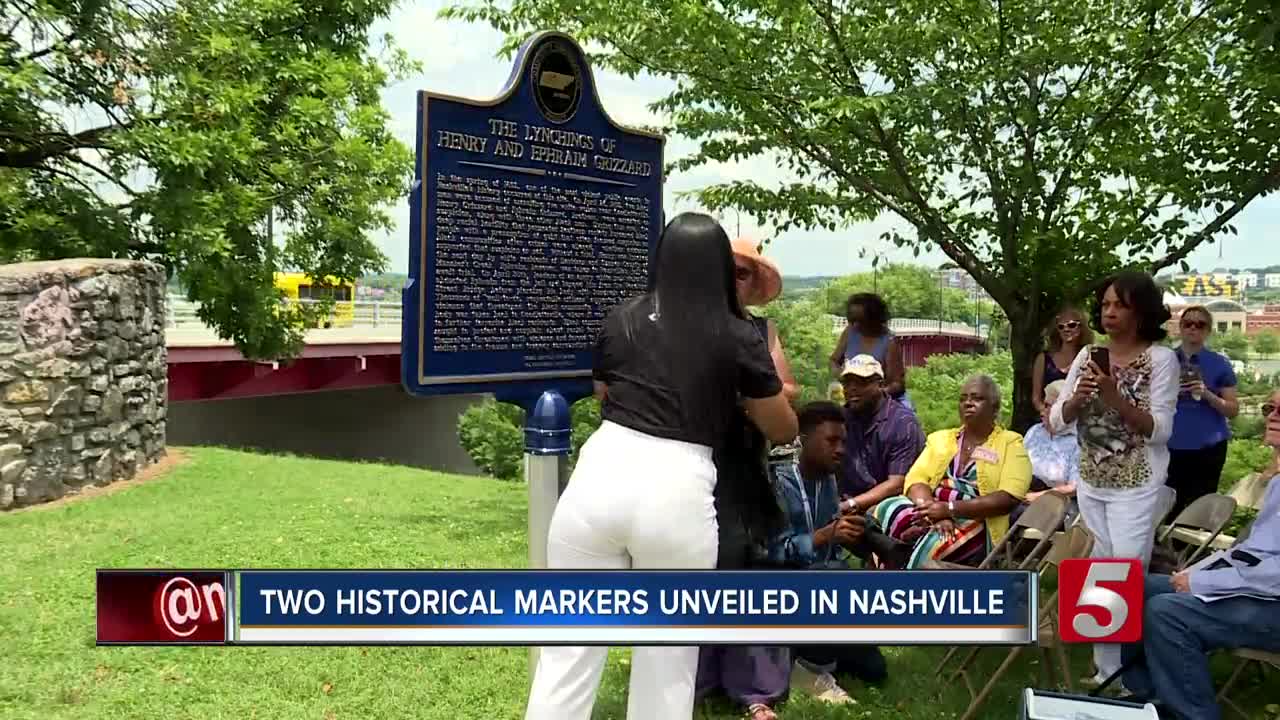 On Juneteenth, the day when the country recognizes and celebrates the proclamation of emancipating enslaved African Americans, two historical markers were unveiled in downtown Nashville. 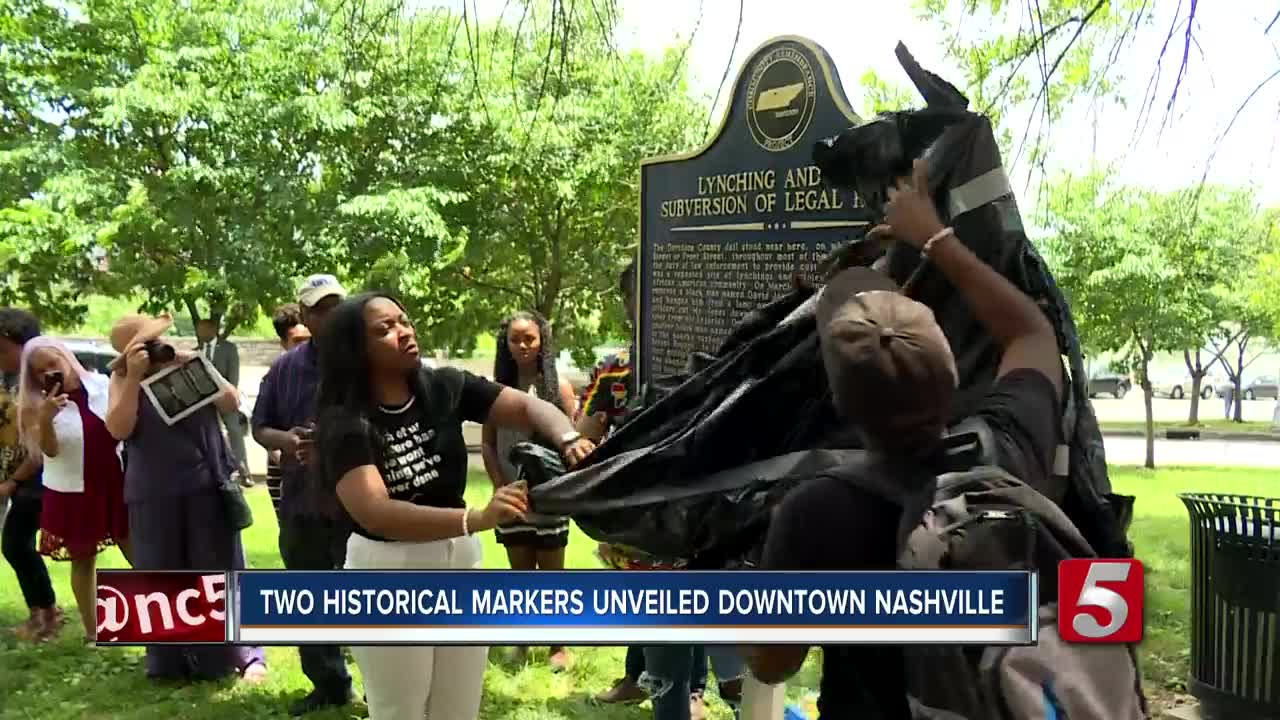 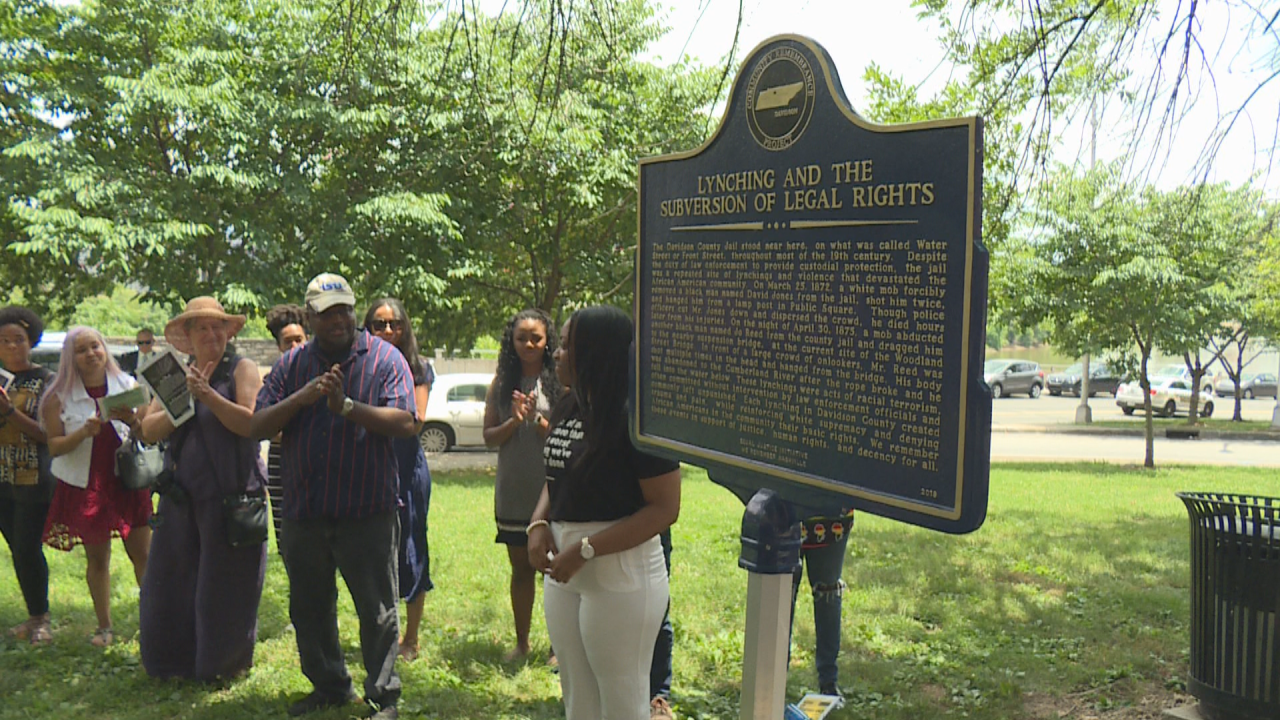 NASHVILLE, Tenn. (WTVF) — On the day when the country recognizes and celebrates the proclamation of emancipating enslaved African Americans, two historical markers were unveiled in downtown Nashville.

The first marker is named for Henry Grizzard and Ephraim Grizzard, brothers who were violently hanged by white residents of Davidson and Sumner counties on April 24 and April 30, 1892. The second marker is named for David Jones and Jo Reed, victims of racial terror lynching pre-1877.

The coalition We Remember Nashville organized the unveiling. Organizers said they hope the markers remind the community and visitors about past injustices and encourage future social justice action for all marginalized people.

'We Remember Nashville' founder Brittany Paschall said there was a purpose to unveil the markers on Juneteenth.

"Juneteenth is very symbolic of our freedom and our emancipation and so part of our work is doing this work in a way that is healing and tells the full story about black people and not just the terror but also holding space for that terror and that memory," Paschall said.

"There was still a lot of systems in place of violence and terror. And so the only way they had to control them since slavery was no longer an option was by terror, by committing acts of violence against one person or groups of people in hopes of intimidating everybody in the community," said historic preservationist Jessica Reeves.

Nashville mayor David Briley acknowledged the importance of the event.

"We have history that has issues that needed to be addressed so we're here today to recognize the fact that there were lynchings here in Nashville and honor the names of four men who were murdered here in Nashville. It is an important part of reconciliation and try and move forward together and trying to find a way for everybody to benefit from the prosperity and the culture and movement that we have," Briley said.

To read more about the history of Davidson County during the late 1800s, visit We Remember Nashville's website.