Were some downtown bar employees paid $200 to attend a mayoral campaign rally? 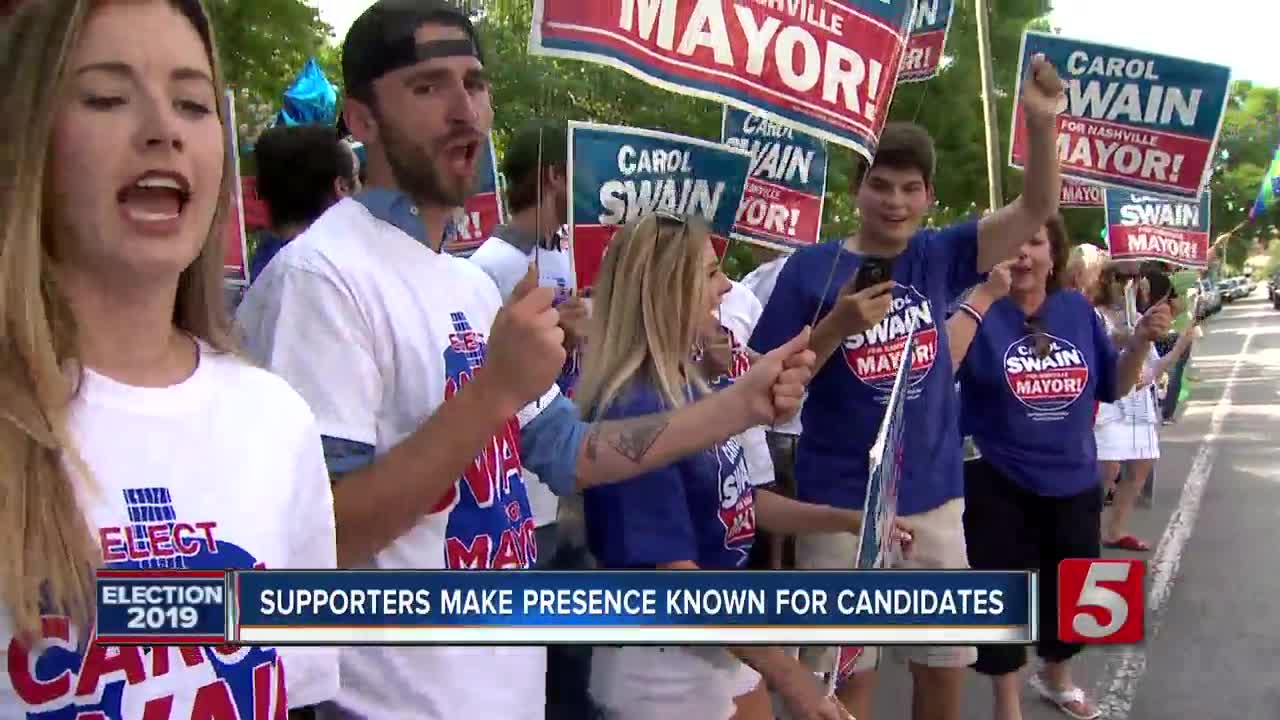 NewsChannel 5 has obtained chat messages that suggest some of former Vanderbilt professor Carol Swain’s campaign supporters may have been paid $200 to show up for the rally, while being provided campaign t-shirts. 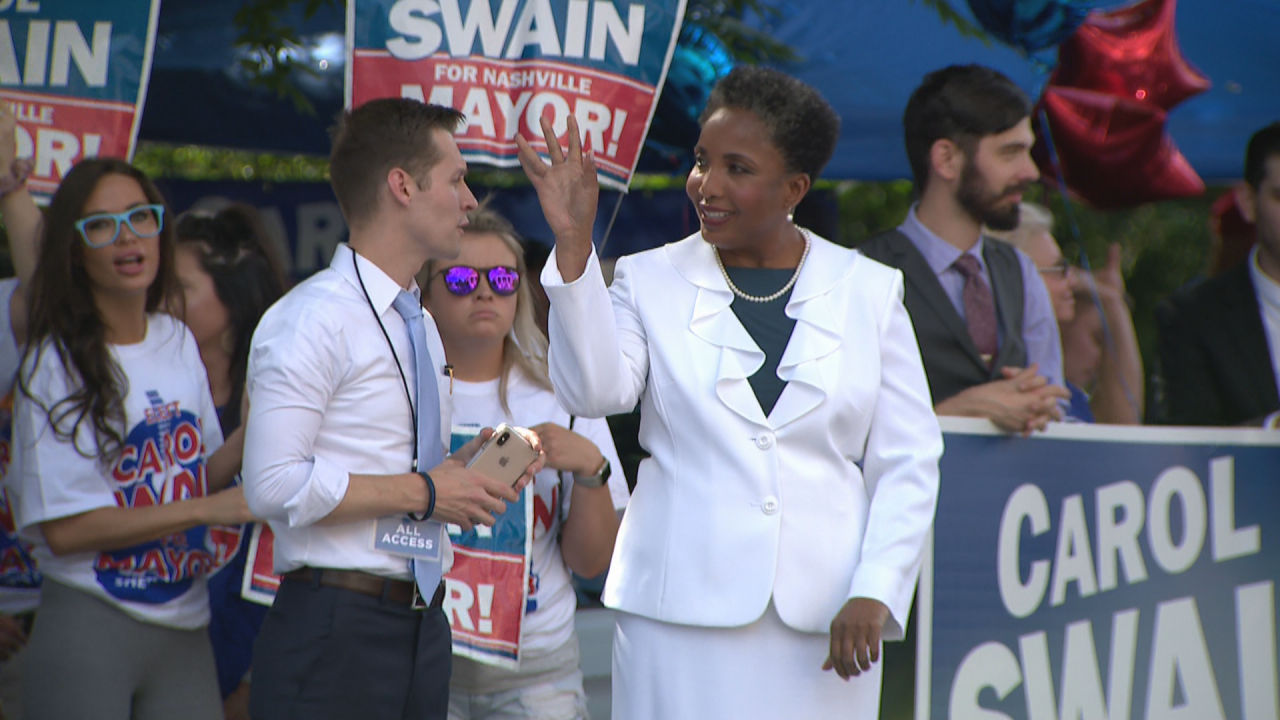 NASHVILLE, Tenn. (WTVF) — The scene outside Belmont University was, by all accounts, a busy one on Tuesday afternoon.

Campaigns representing the four leading candidates vying to be Nashville’s next mayor had set up spots along Belmont Avenue around 4 o’clock hoping to attract attention – and votes – while waving at the rush-hour traffic passing by. The groups had gathered ahead of the first televised debate between Nashville’s mayoral candidates, held at Belmont University that night.

But were some supporters paid to cheer for their candidate at the rallies on Tuesday?

NewsChannel 5 has obtained chat messages that suggest some of former Vanderbilt professor Carol Swain’s campaign supporters may have been paid $200 to show up for the rally, while being provided campaign t-shirts.

The messages obtained by NewsChannel 5 were sent Monday morning on the GroupMe app to a closed group named “Rippys Service Staff,” meant for employees of the popular lower Broadway bar and grill.

One message reads: “Some of you caught wind of an event that we were being apart [sic] of for candidate mayor Swain.” The message continues: “It's quite simple. Look good. Show up @4pm... Jeff gives you a t shirt to wear... And then we pay you 200 dollars cash.”

Rippy's Bar and Grill, along with Tootsie's, Honky Tonk Central and some other downtown establishments are all at least partially owned by Steve Smith -- a big backer of Carol Swain's campaign.

According to the latest financial disclosures filed in April, Smith, his wife and at least four of the businesses he's a part of have each donated the maximum $1600 for Swain's latest Mayoral run.

It was the staff at one of Smith's bars-- Rippy's-- that got the note to show up for Tuesday’s campaign rally and receive the cash.

NewsChannel 5 asked one supporter featured in the campaign video why she supported Swain for Mayor.

“Oh, I don’t know anything about her,” she responded.

As surprising as all this may seem, NewsChannel 5 Political Analyst Pat Nolan says it all seems perfectly legal.

“I don’t see anything wrong with it legally,” Nolan said. “But the problem is, it doesn't look very good, and I think a lot of people will not think highly of this, seeing this apparently is going on.”

Nolan says it's true that some types of campaigning -- like collecting signatures and making phone calls -- are sometimes paid for.

“That's a campaign event, most people understand that they're campaign workers and they're paid to do what they’re doing,” Nolan said. “In this case, showing up at a rally and acting like you’re a supporter when you may or may not know who the person is, is a little different situation.”

Bryan Lewis, an attorney for Steve Smith -- the part-owner of Rippy's -- says Smith has been out of the country for several weeks, telling NewsChannel 5:

“Mr. Smith does not condone any type of activity -- in any shape, form or fashion – that would violate any type of campaign violation law, or any type of unethical conduct as it relates to any type of election,” Lewis added.

Carol Swain's campaign told NewsChannel 5 Wednesday that neither Swain nor her campaign knew about any plan to pay some of her supporters. Her campaign said it does not condone that kind of political strategy.

In a statement, Swain’s campaign said:

“Our campaign has been reaching out to get friends, family, neighbors, and coworkers to attend a pre-debate rally supporting Carol. We were thrilled to get such a big show of support from the community, and to even have random passers-by stop, put on a Carol Swain for Mayor shirt, and join the fun.

“Working the crowd, Carol heard from some longtime supporters and some people she’d never met before. There were also many single-issue voters outraged by the way Mayor Briley’s Parking Meter Scheme would hurt their home and work life and raise the cost of living.

“The bottom line is this: Carol Swain is an outsider with a fresh set of ideas. That message was enthusiastically received at the rally, in the debate, and all across the city.”