Seven killed in 'deadliest homicide event in Tennessee in at least 20 yrs.'

A family member found the bodies of six people who had been "brutally" killed in a home on Charles Brown Road in Westmoreland. TBI officials identified them as:

A seventh person inside the home was still alive and was rushed to the hospital. She was identified by family members as Cummins' grandmother Mary Sue Hosale.

Because the scene was so gruesome, it took investigators time to find each body. They initially found four bodies after the first 911 call was made at Charles Brown Rd. on Saturday. It wasn't until Sunday that investigators found the two other bodies.

Police learned of a second crime scene at a home on Luby Brown Road. There they found the seventh victim Shirley B. Fehrle dead inside and her vehicle taken. 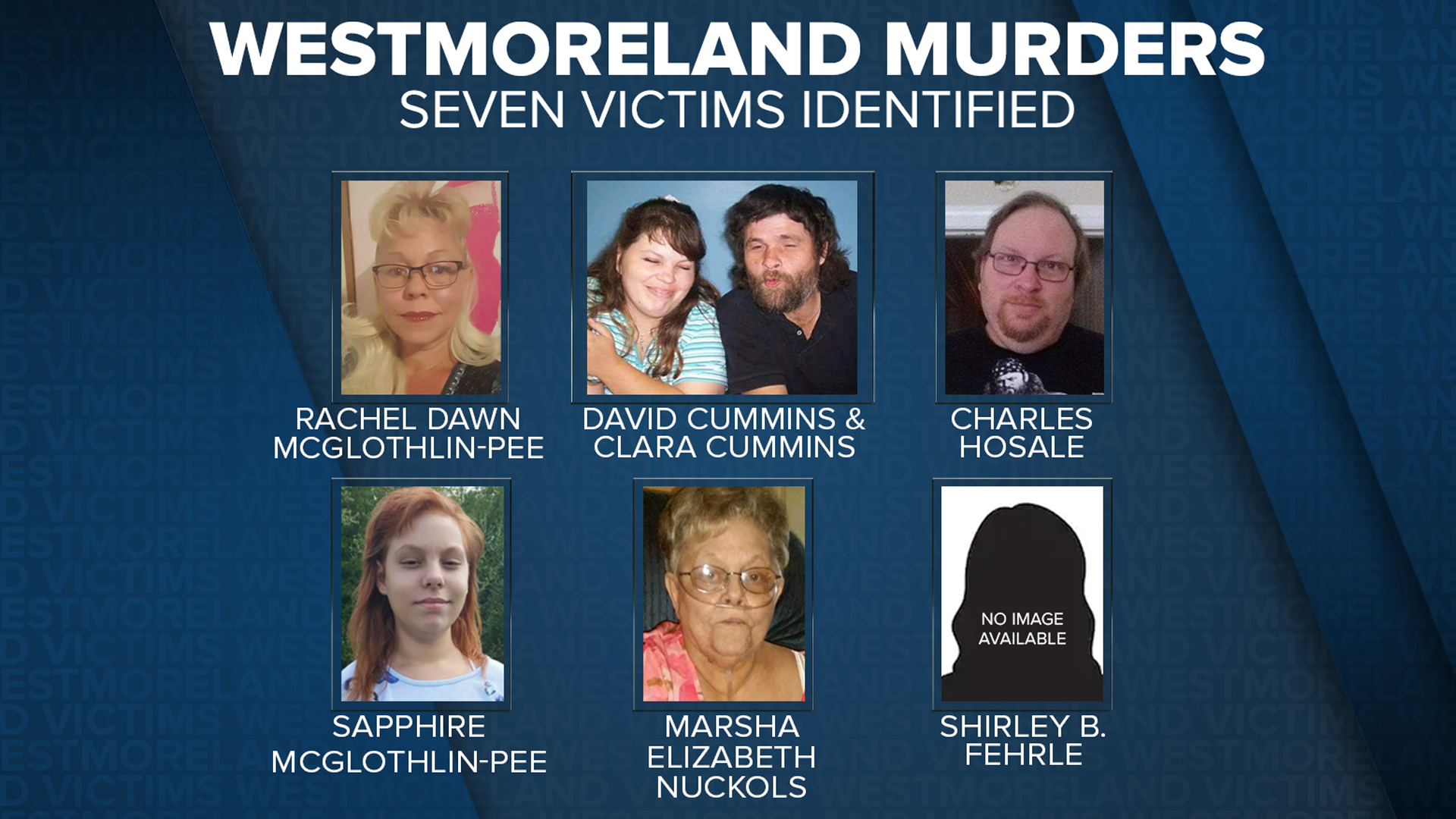 A gofundme has been set up for funeral expenses for David and Clara Cummins. A second gofundme was created for the other family members.

Police identified Cummins Saturday night as a suspect, leading to a search throughout the wooded area nearby. TBI found Cummins from aircraft in a creek bed about a mile from the home on Charles Brown Road. More than a dozen officers from the county's joint SWAT team went to that location, and at least one officer shot and hit Cummins. No officers were injured in the arrest effort.

Cummins was transported to a local hospital. Neighbors like Brittany Ramos and Brian Moss are in shock after the killing spree and manhunt.

"It's very frightening, and scary, and devastating," Ramos said. "You think out here you're safe, you feel a sense of security and then whenever something like this happens, that major and that many people, it just scares you."

Investigators have not released a possible motive or details on the murder weapon(s). However, the Medical Examiner labeled each death as a homicide, in which the some victims died from multiple blunt force injuries and some were sharp force injuries.

Ramos shed a tear as she thought about what happened.

"I don't know what his motive was or why he picked those people."

Now, their community struggles to find a new normal after the murders.

TBI officials have called it the "deadliest homicide event in Tennessee in at least 20 years."

The director of the Tennessee Bureau of Investigation said they've hired mental health support to help agents and forensic scientists that responded to the scene.

"It is certainly one of the most difficult and horrific ones in recent times, and certainly at a level that's unprecedented,"

ADDITIONAL CONTEXT: An examination of our crime data shows the Sumner County case to be the deadliest homicide event in Tennessee in at least 20 years. pic.twitter.com/ShGkhI6Nj9