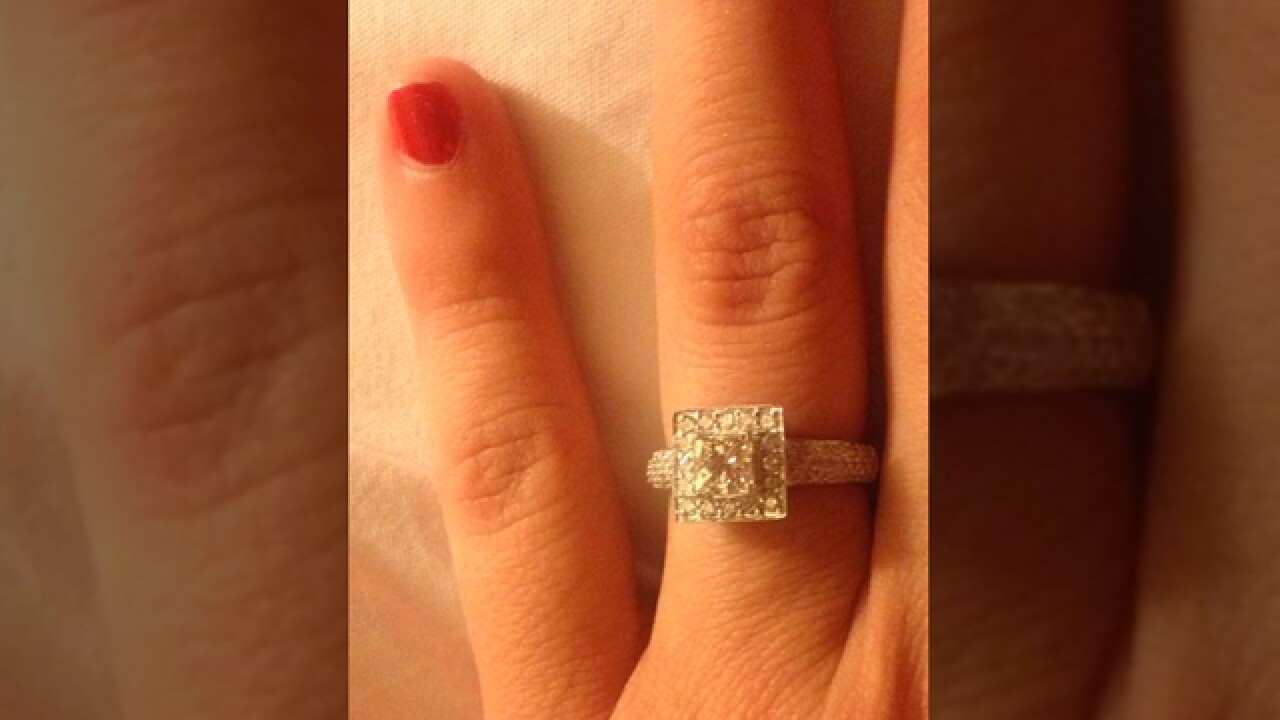 The wife of a fallen Lawrenceburg firefighter found a missing wedding ring after asking for the public’s help in her search.

Jennifer Kelley Dickey, wife of the late Jason Dickey, wrote in a Facebook post on Sunday that the ring went missing while she was buying groceries at a local Kroger.

Dickey has offered a reward in the case if it’s returned. Engineer Jason Dickey was killed back in February when the roof of a burning home collapsed. He was 38.

Monday afternoon, Jennifer found the ring after the woman returned it.

"UPDATE on my ring!!! It has been returned to me by the lady that took it yesterday. I did reward her for being very honest and coming forward! Some people do have a heart!!!! I was just as exited today to get that ring as the first time I was when Jason Dickey gave it to me!!!! I can breathe now. Thank y’all so much for all the likes and shares!!!!! Now, I’m headed to the jewelry store to get a ring sizer!!! Thank y’all again!!! I hope the good lord blesses each one of you!!!!"