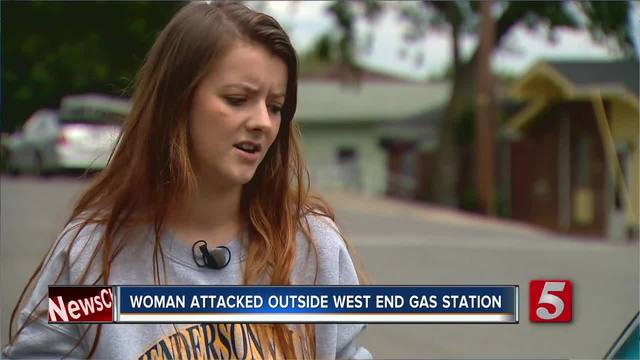 Bailey Cantrell was sitting inside her car at a Nashville gas station parking lot early Saturday morning when a complete stranger violently attacked her. 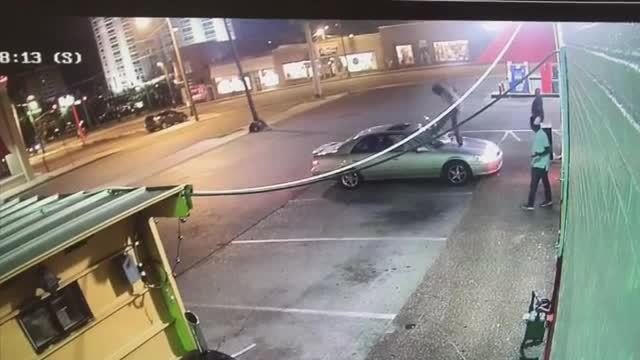 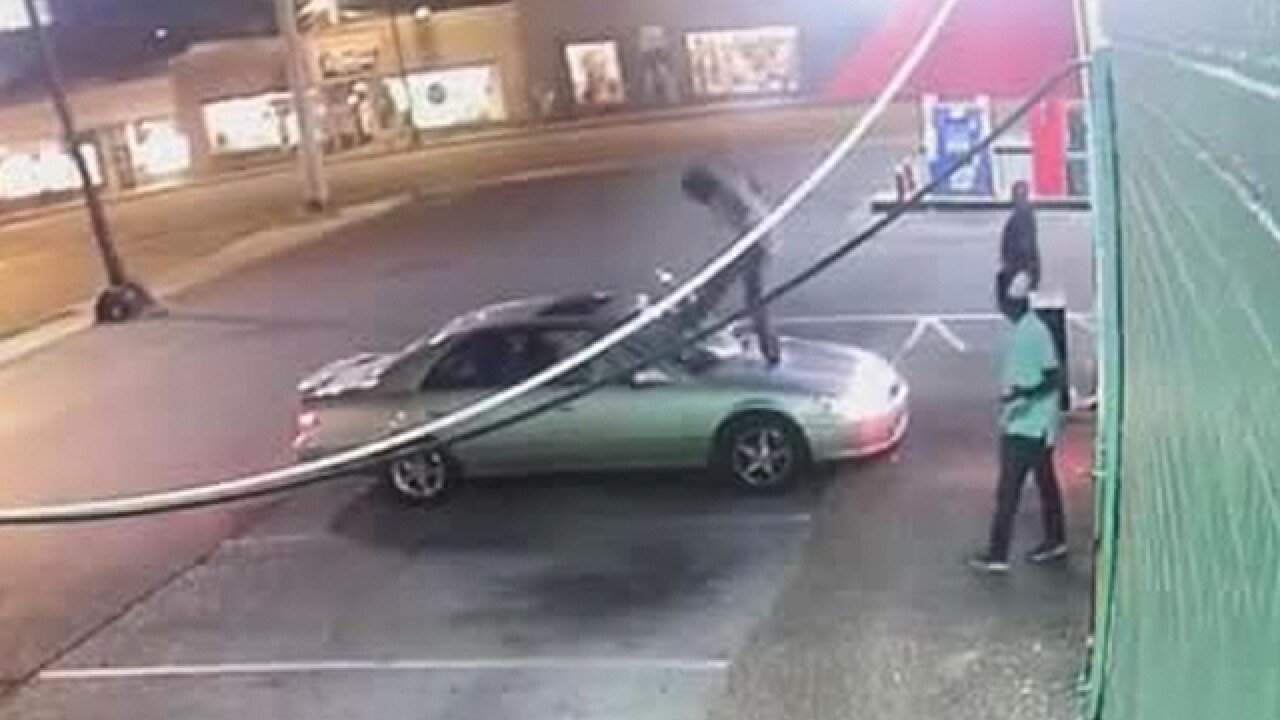 Bailey Cantrell was sitting inside her car at a Nashville gas station parking lot early Saturday morning when a complete stranger violently attacked her.

According to a report from Metro Nashville Police, a man approached Cantrell while she was on the phone and asked for her phone number. Cantrell rebuffed his advances twice. The third time, she told the man she would not be interested in exchanging numbers because she identifies as a lesbian.

That's when the man launched himself onto the hood of her car, kicked in her windshield and proceeded to drag her to the ground.

"I said I'm gay, so I'm just not interested, and that triggered him," Cantrell said. "I do believe it was a hate crime."

Police responded to the gas station, located at 2804 West End Avenue, shortly after the incident occurred at 12:30 a.m. on July 28. Two officers took the report, but were not able to locate the subject.

Witnesses on the scene said the man is new to the Nashville area and stays at the Rescue Mission.

Cantrell met an officer there a day later in hopes of finding the man, but said the officer did not offer to help track the suspect down.

Cantrell obtained video of the attack from the Kwik Sak, which has since gone viral on social media. In the comments, she has been criticized for her reaction — particularly when she is seen getting out of the vehicle to confront her attacker.

"I could see absolutely nothing out of my windshield," she said. "I was in shock and there was glass in my eyes from where all the glass hit us, so that's why I got out of the car."

Cantrell lives just minutes from the gas station but has since moved back into her parents' home in Hendersonville, where she feels safer.

Metro Police said this is an ongoing investigation. No arrests have been made.