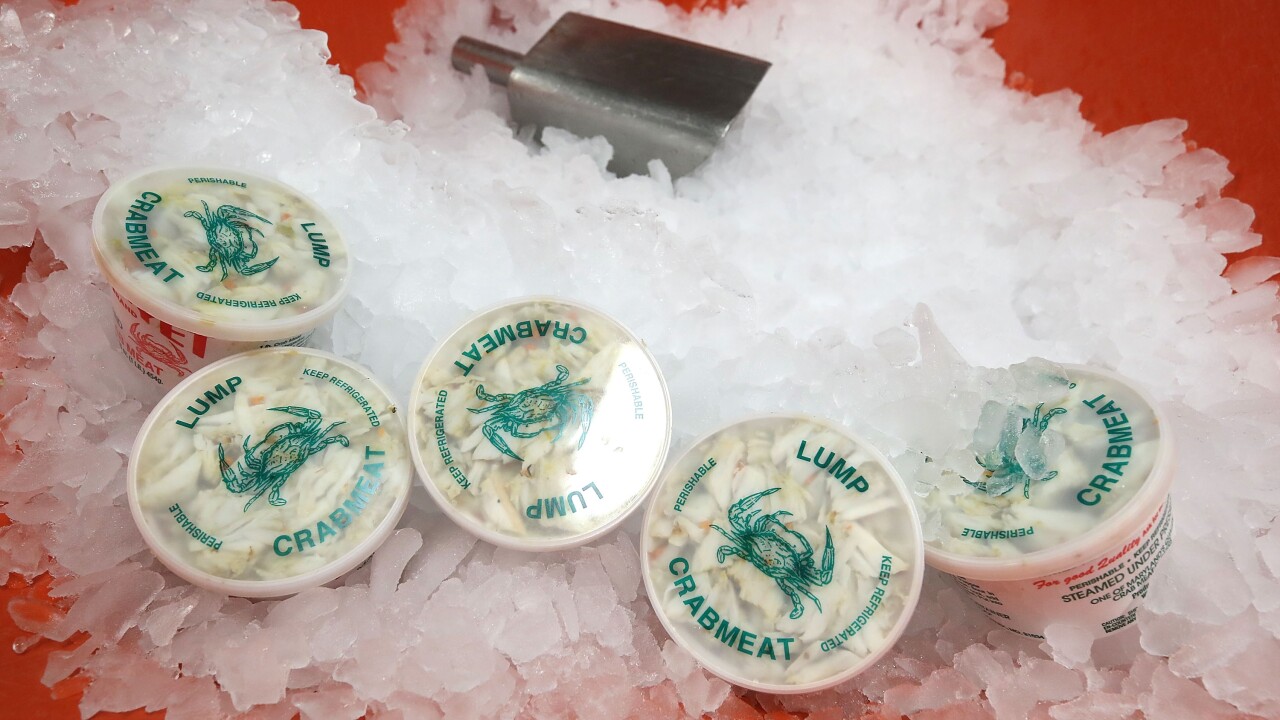 Mark Wilson/Getty Images
HOOPERS ISLAND, MD - MAY 17: Freshly picked crab meat is ready to be shipped out, at the W.T. Ruark Seafood Co., on May 17, 2018 in Hoopers Island, Maryland. Due to a new lottery system this year several seafood companies failed to get temporary H-2B visas for their mostly Mexican workforce that has been coming to the Maryland eastern shore for over two decades to pick the crab meat that is sold in restaurants and stores on the east coast. (Photo by Mark Wilson/Getty Images)

MURFREESBORO, Tenn. (WTVF) — Two woman have been arrested and accused in a high dollars seafood heist.

Both of the women were caught trying to smuggle several hundred dollars worth of canned lump crab meat out of a Walmart in Murfreesboro.

The alleged thieves almost made it to their car with the stolen goods when security caught up with them.

Both have been booked on misdemeanor shoplifting charges.