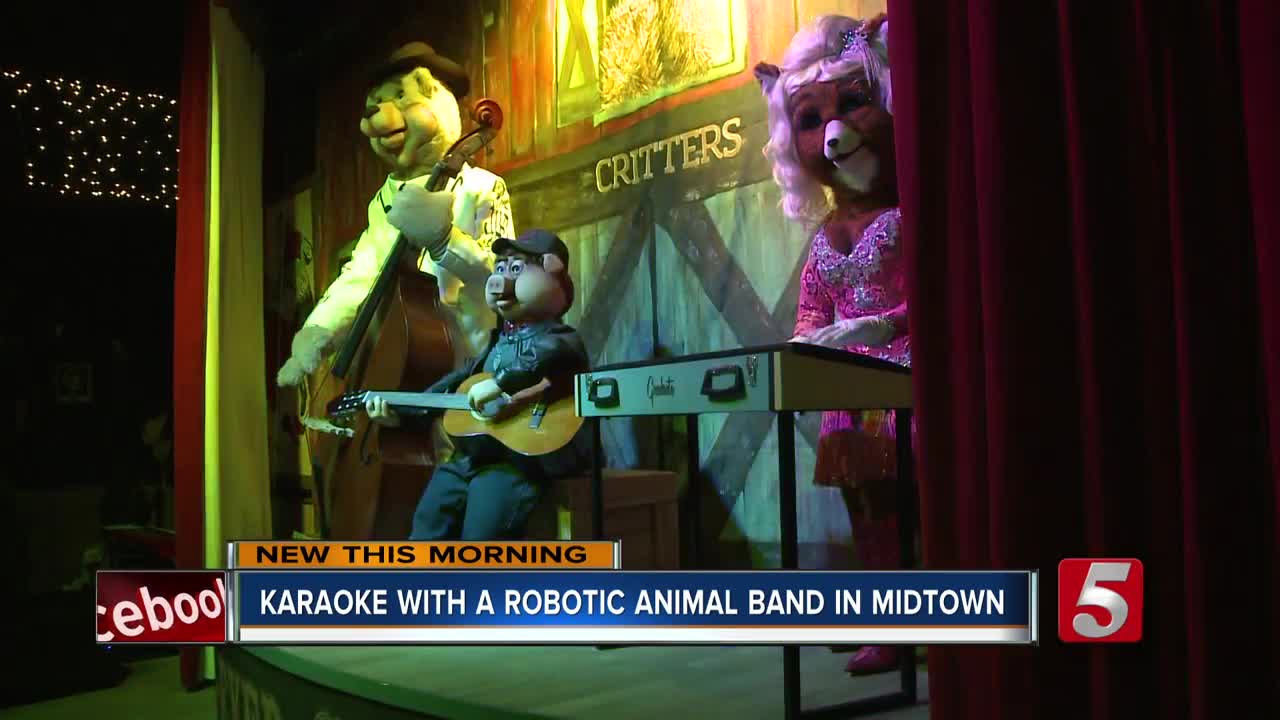 Positioned directly off the Graduate Nashville lobby and with a separate entrance on West End Avenue, Cross-Eyed Critters Watering Hole is the first ever animatronic karaoke bar, complete with a backup band of robotic musicians. 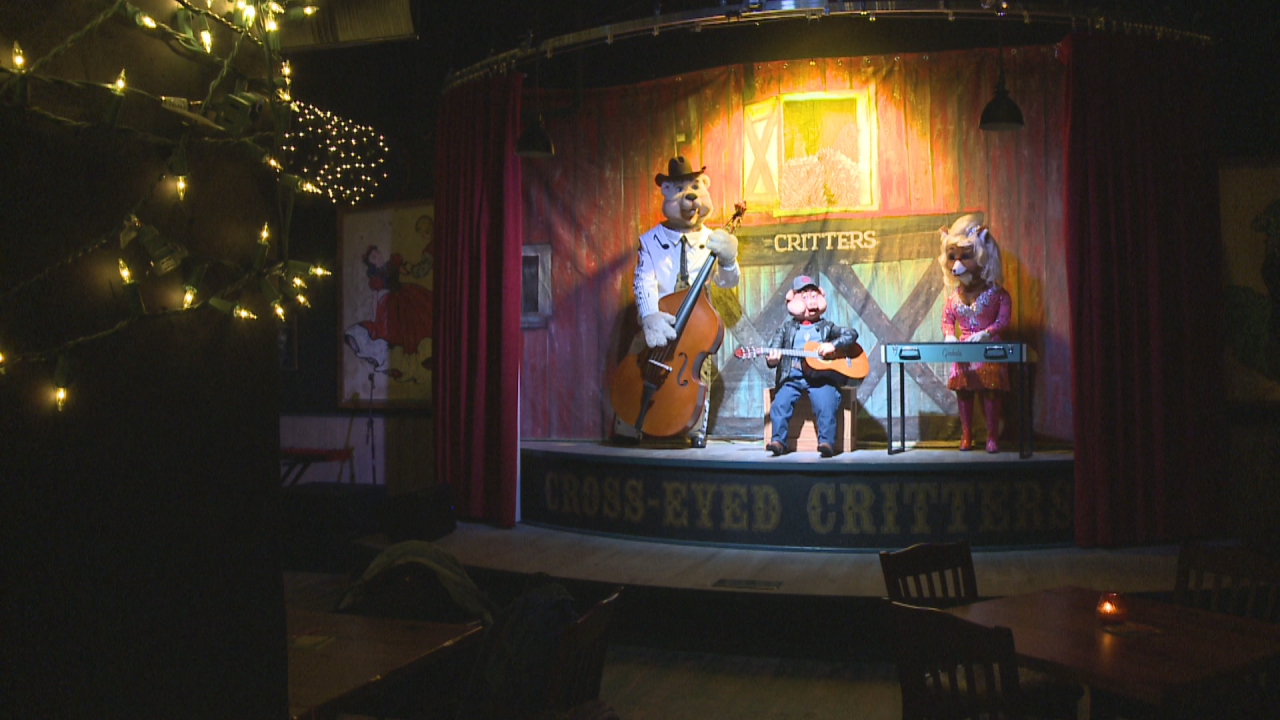 "We wanted an opportunity for people to still do what they love, which is music, but for them to purely and simply have fun," said Marc Rose, the hotel's director of food and beverage.

The backup band of robotic musicians, a bear, pig and fox, can perform seven songs on their own. The songs include Sweet Child of Mine by Guns N’ Roses and Islands in the Stream by Kenny Rogers and Dolly Parton. The robotic musicians can also accompany songs chosen by karaoke singers.

"As a kid, you always wanted to sing with that band of zany puppets," Rose said.

"I've been asked already 'will we open more of these? Will we come to [other cities]?' And I never say never, but right now the answer is no. I feel like this is Nashville's. We built this for Nashville," Rose said.