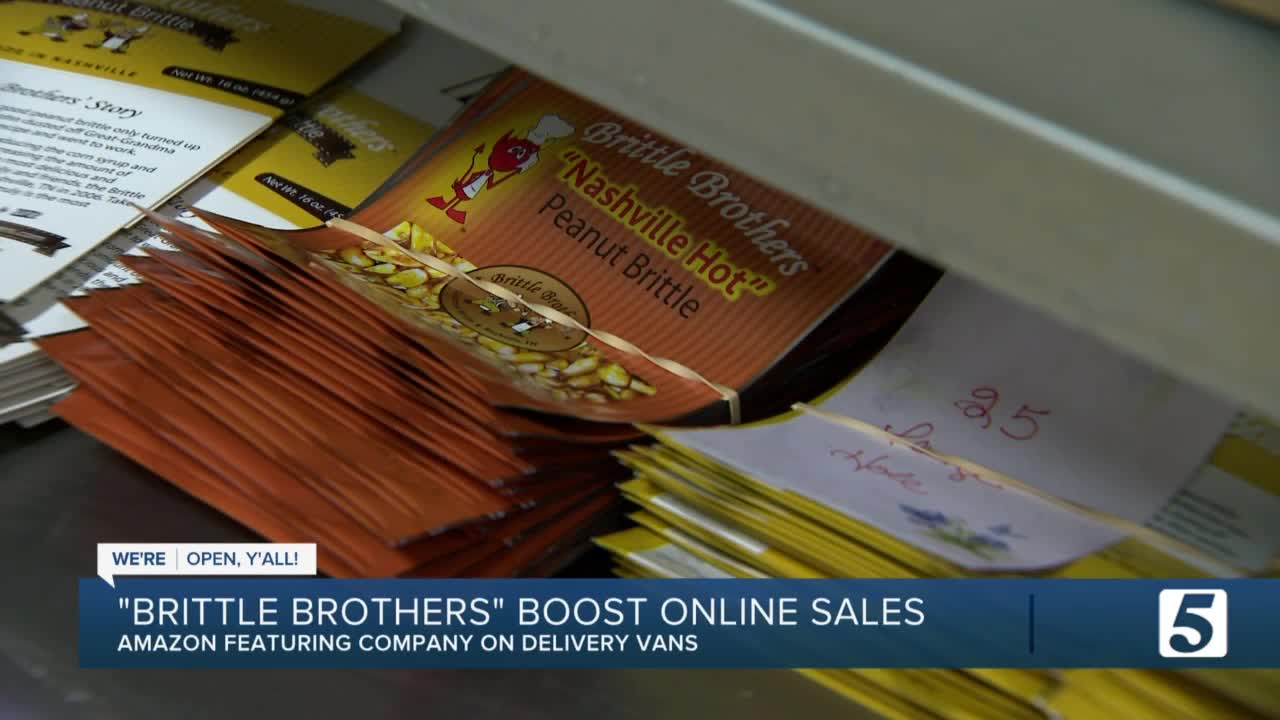 Brittle Brothers is one of only eight small businesses in the country displayed on Amazon delivery vans. 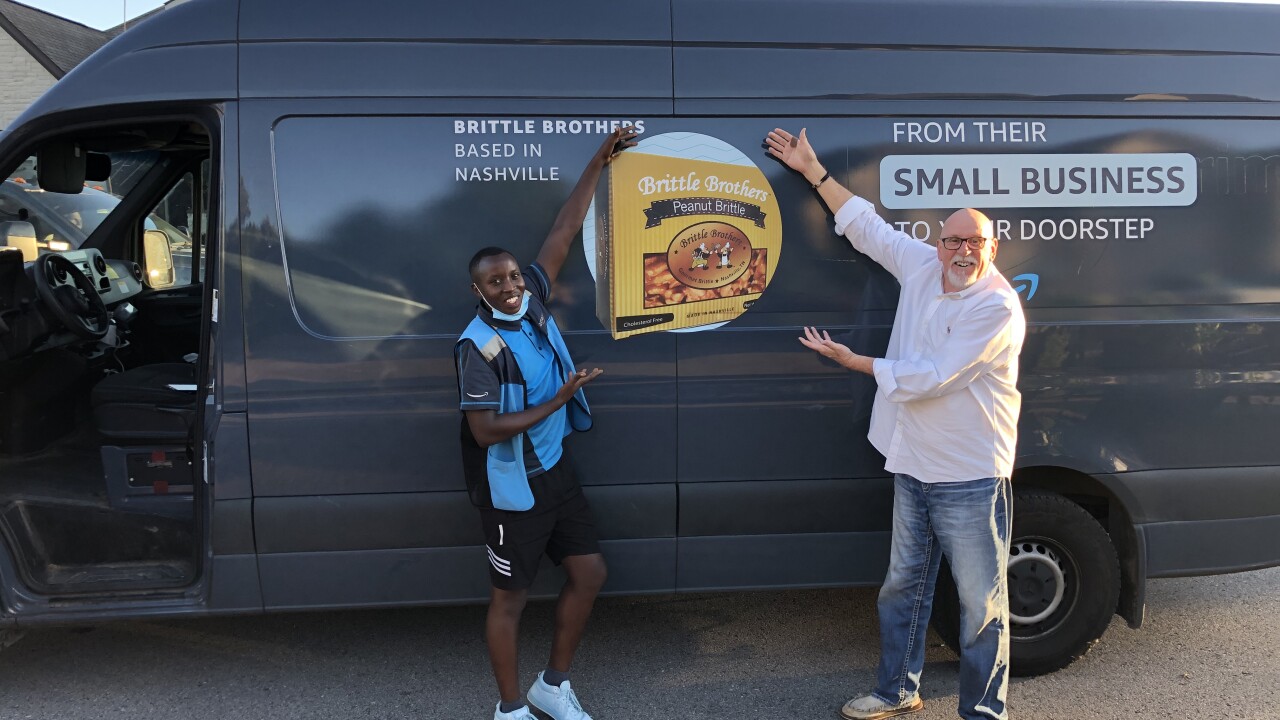 The 500 vans are driving in cities around the United States.

When Brittle Brothers owner John Spalding was asked by Amazon if his business would be interested in a mystery project, he said it was a no-brainer.

"It's Amazon," said John Spalding. "That kind of exposure is priceless. You can't get that for... lots of money it would cost you to get that exposure."

Spalding said when COVID-19 rocked the tourism industry in the spring, he was worried about his business. Brittle Brothers, founded in 2007, primarily sold boxes and bags of peanut brittle at tourist attractions.

"You really realize you're in trouble when the orders are just dead. I mean everything came to a screeching halt. There was a point there that I was preparing to tell my team, probably in May, when the checks weren't rolling in and yet you still had to pay electric, etc., I was preparing to tell the team we were going to be closing our doors because we weren't going to be able to survive" Spalding said.

But before he gave up hope, Spalding and his general manager decided to crank up their presence on Amazon.

Spalding said the company will likely make $70,000 on Amazon this December.

Selling on the marketplace is a big reason Brittle Brothers didn't close this year.

"I would like to say we were brilliant, but we're not. We should have been doing this long ago, but what it did get us to do, this pandemic, it got us out of our comfort zone," he said.

Brittle Brothers is on track to sell out of product in 2021. The company is also considering moving to a space double or triple its current size.

Click here to read more about how Amazon is partnering with small businesses.