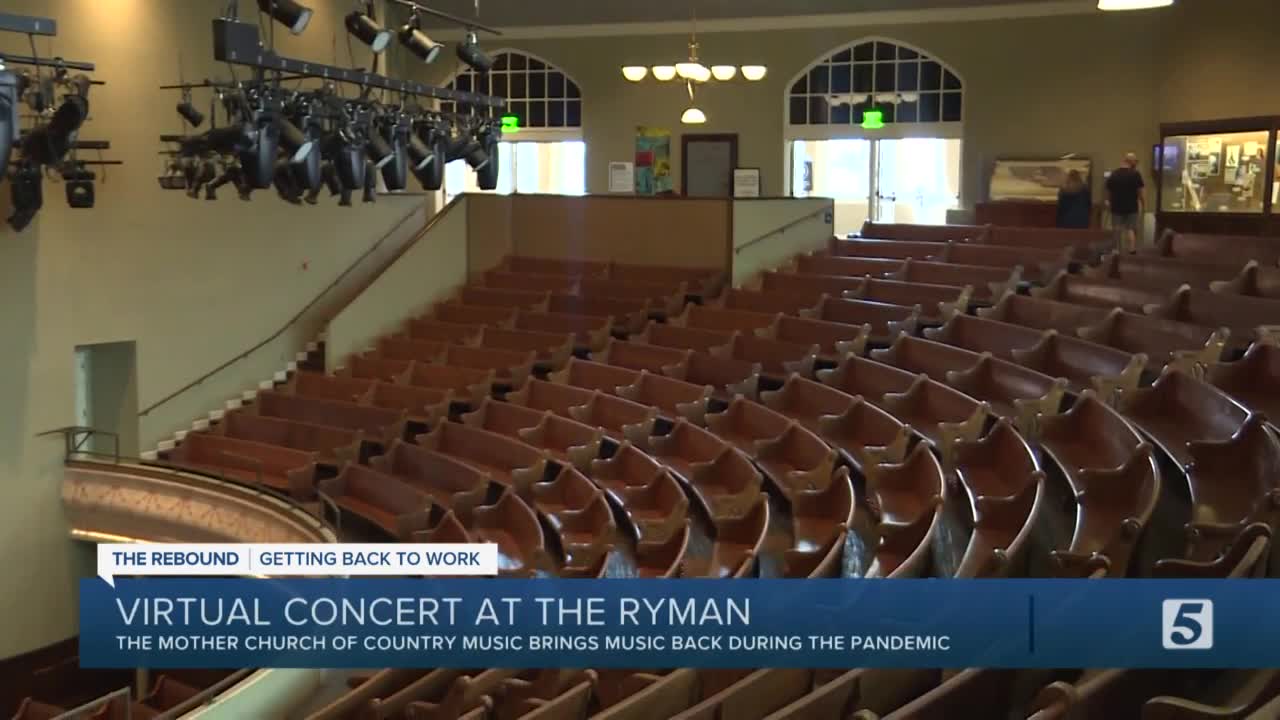 The Ryman auditorium is bringing music back to the stage with a virtual concert. 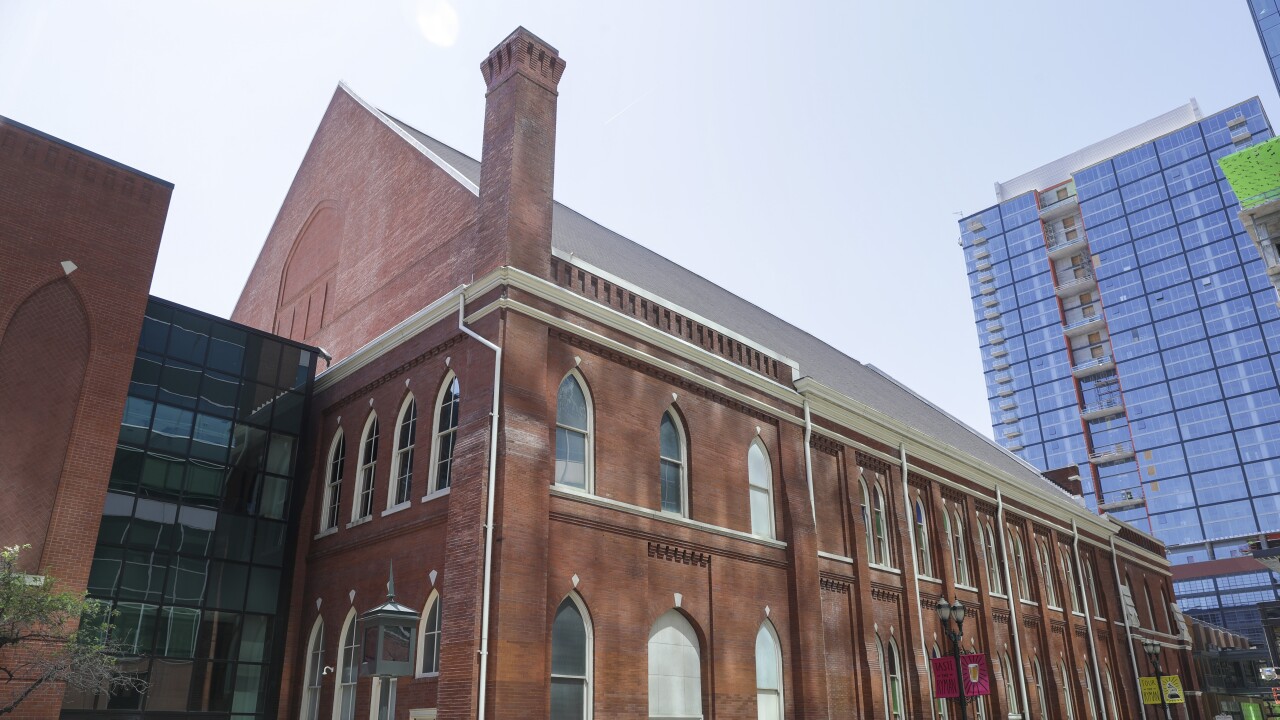 For months, the historic pews inside Ryman Auditorium have sat empty, after COVID-19 caused concert cancellations around the world. The closures left the iconic music venue in the dark.

"I’ve been in here a few times for work occasions when it’s been literally dark with the lights off," Ryman Director of Concerts Chrissy Hall said. "The space feels a little forlorn. We really feel this space is very magical...you can still feel that magic, but it’s just not being activated the way it used to be."

Hall and other friends of the Ryman hope that magic is reignited on Friday, when "Live at the Ryman" kicks off. The concert series is the first ever fully-virtual concert series in the venue's storied history.

"In 128 years there’s very little that hasn’t already been done here, so it’s exciting," Hall said with a laugh.

The pews will continue to be empty and fans won't be inside the auditorium. Instead, they will be able to stream the concert online. Tickets for the live stream are $10, with passes for the entire, six-concert series bundled for $50. There are also VIP options available for certain concerts.

"Making it make sense without an audience has been a challenge," Hall said. "We’ve done live stream before, but typically on top of an already sold out show. So having that take place and be the sole purpose and the sole model for a concert is a new innovation that we’re looking at here at the Ryman."

The first virtual concert in the series is headlined by christian pop duo 'For KING & COUNTRY.' Members said they were excited to take the iconic stage in the historic moment.

"To have a first like this, that me a stake in the ground moment I think for us," Joel Smallbone of For KING & COUNTRY said.

Smallbone admitted, having nobody in the audience presents some challenges, but said he's thrilled to start the new series.

"You can either focus on the disappointment and look at the empty chairs, or you can focus on the fact that this is something that's never been done before, and how thrilling is that?"

There are six concerts in the Live at the Ryman series:

For more information about the concerts and how to buy tickets, you can go to Ryman Auditorium's website.