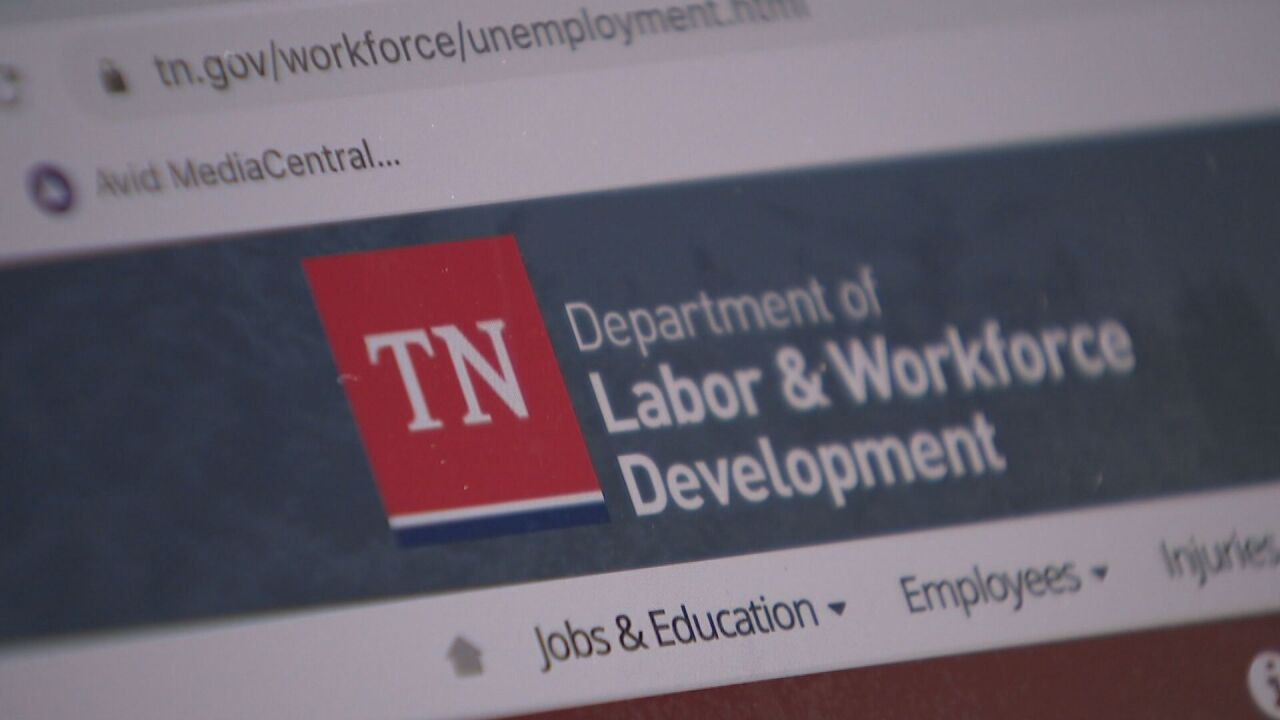 NASHVILLE, Tenn. (WTVF) — Data from the Tennessee Department of Labor and Workforce Development shows Tennessee saw an unemployment rate of 14.7% during the month of April amid the pandemic.

The department said COVID-19 has had a "staggering" impact on the state's unemployment as Tennessee saw the highest unemployment rate "in a generation."

Before the pandemic, Tennessee's highest unemployment rate was 12.9%, which occurred during the months of December 1982 and January 1983.

The seasonally adjusted rate eliminates the influxes of weather, holidays, the opening and closing of schools and other recurring seasonal events from an economic time series, the department said.

Total nonfarm employment decreased by 376,900 jobs between March and April.

Industries hit hardest by unemployment in Tennessee have been leisure and hospitality, manufacturing, and professional and business services.

Since March 15, Tennessee has seen a surge in unemployment claims filed.

During the ending in May 16, Tennessee paid nearly $359 million in unemployment benefits to more than 319,000 people. However, Governor Bill Lee said Thursday during his weekly update there were still 22,000 claims that continue to remain pending.