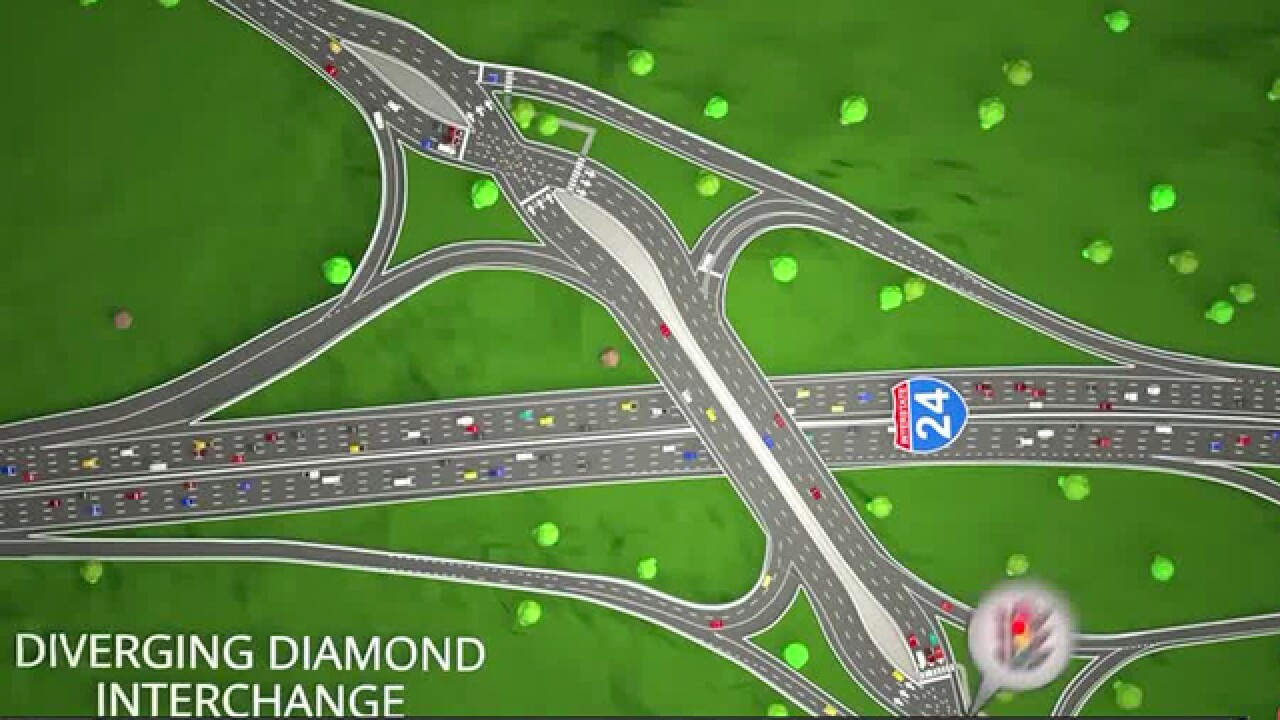 NASHVILLE, Tenn. — You spoke up, and TDOT answered.

Even without closures, traffic in Antioch can be a nightmare. At last count in 2017, almost 170,000 drivers passed through the area on I-24 near Hickory Hollow Parkway every day. But recent construction has made a bad situation worse, like when TDOT shut down the area around the westbound off-ramp at Hickory Hollow Pkwy.

I heard from many of you that traffic had skyrocketed while you tried to get home in the afternoon. I reached out to TDOT and Metro, and within two workdays, Metro had changed the traffic light timing in the area to help clear the congestion faster.

In less than two years, it will be the first diverging diamond interchange in Middle Tennessee. The Hickory Hollow exit will provide new access to the Cane Ridge area, and traffic lights will help drivers cross to the other side of the street. That will help them avoid making left turns in front of oncoming traffic and TDOT says it will improve both safety and efficency in the area. But until it's finished, drivers are facing longer commutes while officials field complaints.

"They reported on it through rush hour and that's when we realized we needed to make an adjustment and reached out to Metro," Woerdeman said. "They'll (Metro) adjust the signals to allow ramp traffic to clear quicker and then they'll have to adjust signals throughout Bell Road," said Woerdeman.

It's not a full solution, but at least a band aid to help the sting of short term closures necessary for long term relief.