5 things to know for Monday after Titans whipped Browns 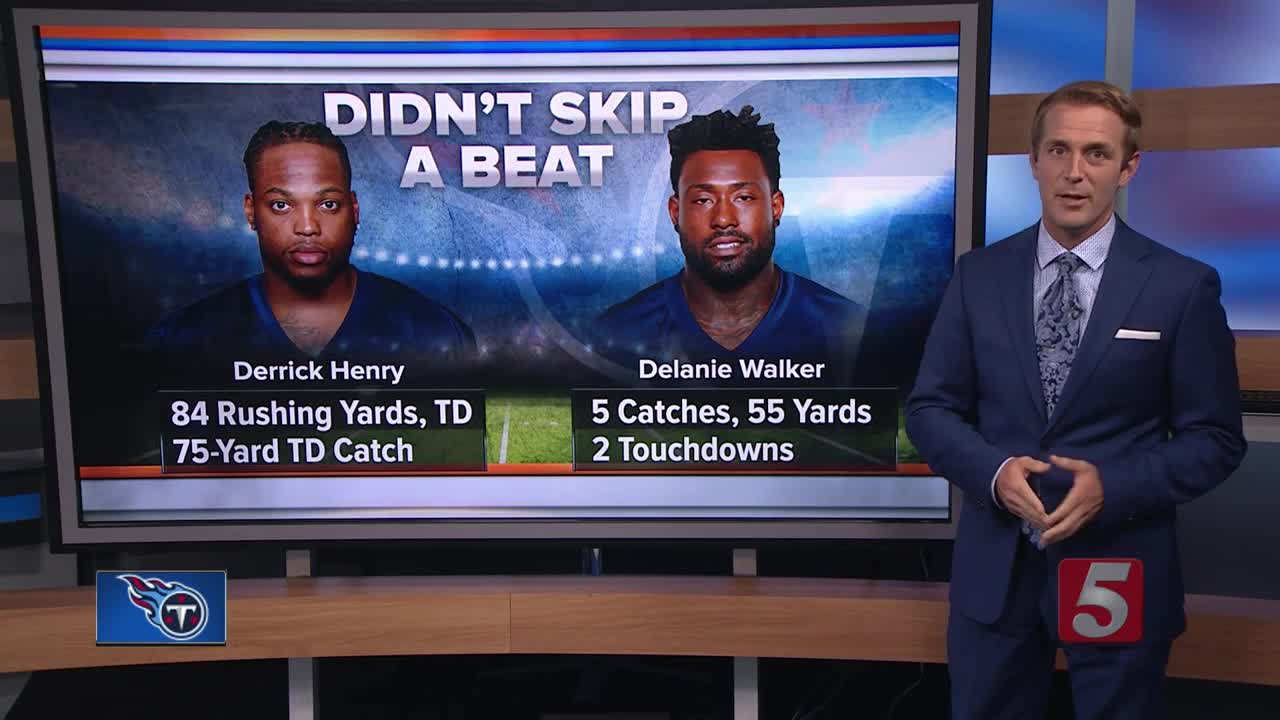 Well, the Titans quieted all the hype about the Browns going to the Super Bowl. That’s for sure after their opening Sunday 43-13 win in Cleveland. 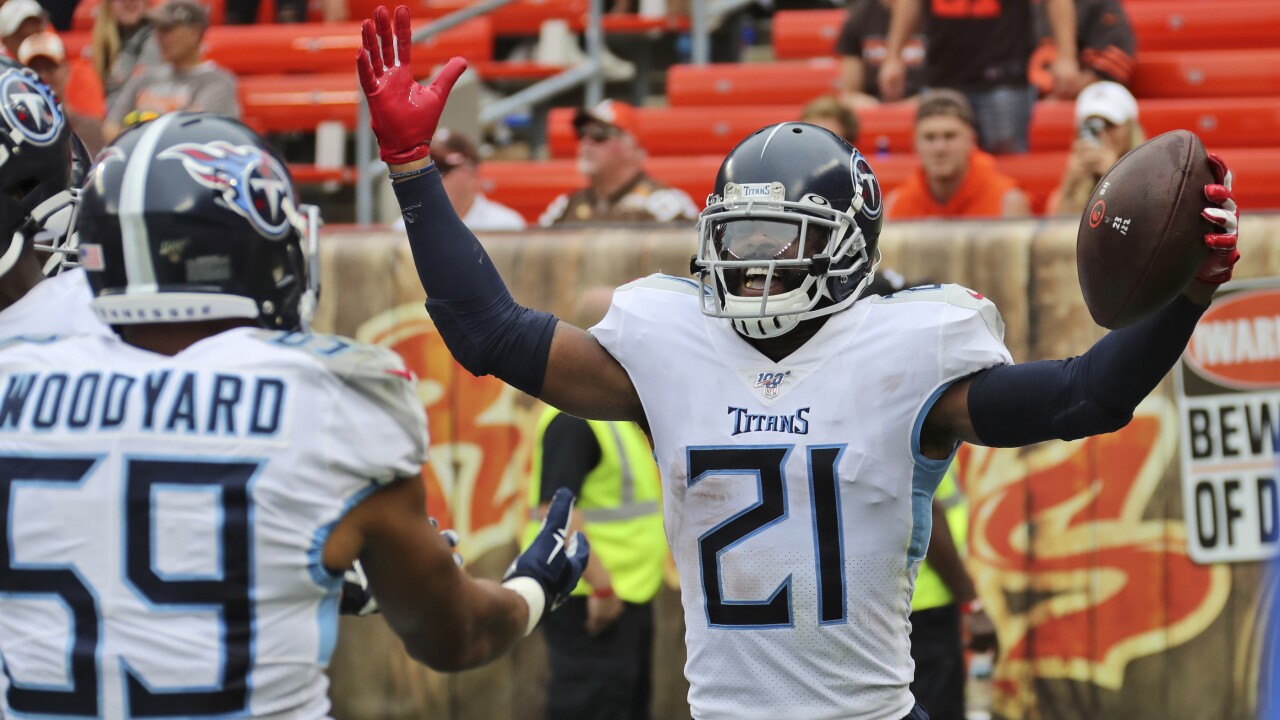 NASHVILLE, Tenn. (WTVF) — Well, the Titans quieted all the hype about the Browns going to the Super Bowl. That’s for sure after their opening Sunday 43-13 win in Cleveland.

Here’s what else we learned from game one of the season with our Newschannel 5 five things to know for Monday:

Let’s start with the team many people were talking up to be a Super Bowl contender because of the roster they assembled this offseason. The Browns look great on paper, but looked very much like a work in progress Sunday.

New coach Freddie Kitchens probably deserves significant blame after not working his starters during the preseason and then overseeing a performance in which his guys missed an extra point, surrendered a safety and a pick six and, most horrifically, committed 18 penalties for a whopping 182 yards.

Meanwhile, star receiver Odell Beckham, Jr. wore a $350,000 watch to play in the game! The Browns were all flash, very little substance Sunday. Conversely, the Titans are a cohesive team that have won 27 games over the past three seasons (28 if you count the playoffs).

Head coach Mike Vrabel warned his players that discipline would be critical in Sunday’s opener. He was right, and his players listened. The Titans kept their cool in a volatile game, weathered the emotional storm early from an amped up Browns team and a sellout crowd, and then wore the Browns down late.

While you can wonder if the Browns were ready for the week one spotlight, there’s no debating if the Titans’ big guns were ready to play.

Derrick Henry picked up where left off, carrying over his hard running style from last December when he led the NFL in rushing. He ran for 84 yards on 19 carries Sunday with a first half touchdown. He also had a game-changing 75-yard touchdown catch off a well designed screen in the third quarter after the Browns had cut the Titans lead down to two.

Henry and Walker helped Marcus Mariota have his most prolific touchdown day in a couple years with his three TD tosses. More importantly moving forward, the two look to help the Titans get back to their past levels of red zone proficiency after the team dipped to just a 53 percent touchdown mark last season.

How about the debut of rookie wide receiver A.J. Brown? The second round draft pick out of Ole Miss hit the century mark in receiving in his very first NFL game, catching three passes for an even 100 yards.

Brown was targeted on the Titans’ first offensive series, catching a playaction bomb from Mariota that went for a 47-yard gain to set up a field goal. He also had a 51-yard reception in the third quarter as he caught an in route, stiffarmed a cornerback to the ground and took the ball up the sideline and into field goal range once more.

Brown was the most prolific receiver in college football last year at Ole Miss, and looks to be providing the Titans another weapon right away.

Cameron Wake showed exactly why the Titans paid big money to sign him as a free agent this offseason. The 37-year-old outside linebacker looked 10 years younger Sunday, wrecking havoc in the Cleveland backfield and setting the tone for the Tennessee pass rush.

Wake had 2.5 sacks in his Titans debut including a safety on Baker Mayfield late in the first half. In total, the Titans sacked Mayfield five times, taking advantage of a patchworked offensive line.

The constant pressure paid dividends late with Mayfield pressing to try to get the Browns back in the game. The former Heisman winner threw three fourth quarter interceptions. Picks by Kevin Byard and Logan Ryan set up the TD passes to Walker as the Titans grabbed complete control of the game.

Malcolm Butler’s interception off of a deflection turned into a pick six and helped the Titans to their largest opening week margin of victory since moving to Tennessee.

The Titans had talked all training camp and preseason about finishing. That’s exactly what they did Sunday in the Dawg Pound.

The victory gives the Titans their first 1-0 start since Mariota’s very first game back in 2015. For all the teams wins over the last three seasons, each year started with an opening loss.

The win is even bigger when you consider what else happened in the division in week one. The Jaguars lost to the Chiefs at home in a game in which quarterback Nick Foles may have been lost for the season with a broken clavicle. The Colts, who are still dealing with the shocking retirement of their QB Andrew Luck, suffered a heartbreaking overtime loss to the Chargers in Los Angeles. And Deshaun Watson’s late heroics in New Orleans weren’t enough for the Texans as Will Lutz hit a 58-yard field goal as time expired to give the Saints a 30-28 win on Monday Night Football.

That means the Titans sit alone atop the AFC South with a full game lead on the other three teams after just one weekend of play. It’s a lead they’ll have a chance to build on with contests against the Colts at home Sunday and at the Jaguars over the next 10 days.