A Breakdown of the NFL's New CBA 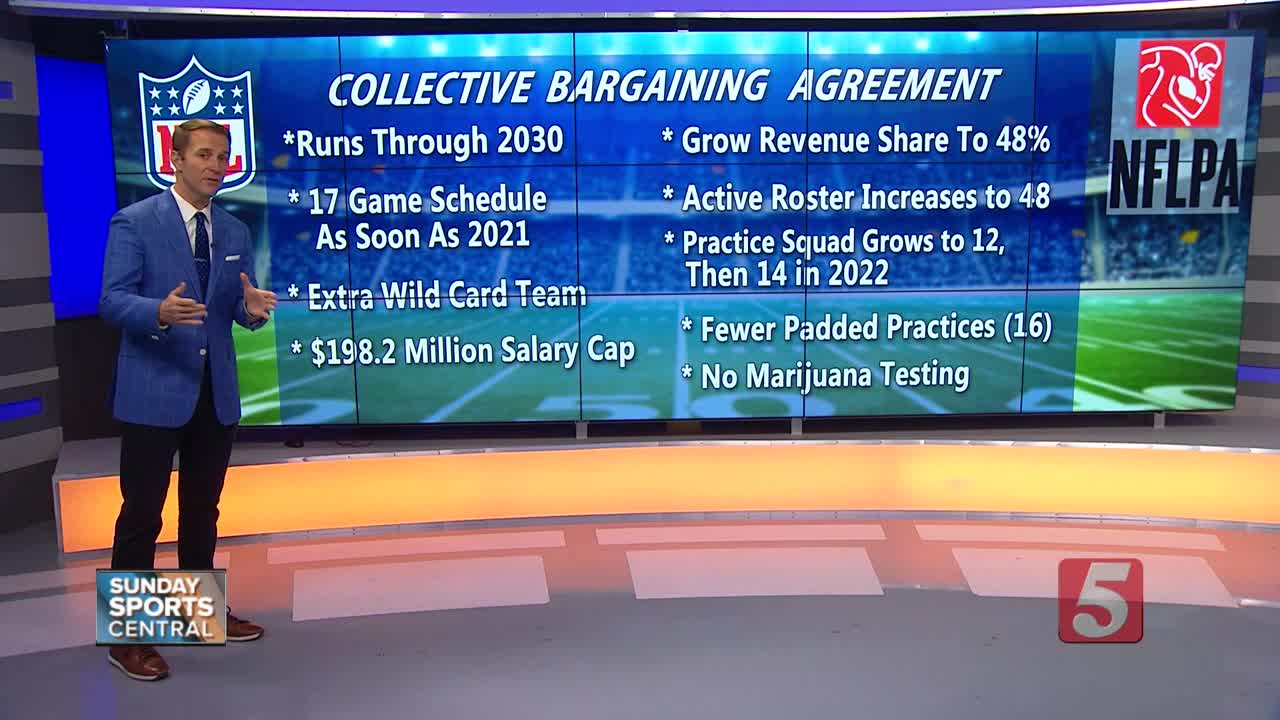 The NFL Players Association voted late Saturday night to ratify the league’s proposed Collective Bargaining Agreement. The new CBA goes into effect immediately for this season, and will ensure labor peace through at least 2030.

The owners are happy because the deal allows them to expand the regular season to 17 games as soon as 2021 and the addition of a seventh playoff team in each league. Both of those changes will allow them to increase what they charge in their new television contract negotiations that are expected to start this year.

The new playoff format removes the bye from the second seed in both conferences. It will mean that there will be six games played now on wild card weekend instead of four. Players will also receive more money in each step of the playoffs.

The players were not big fans of the additional games, but got plenty of concessions. For starters, their share of the revenue distributed in salaries will grow to 48 percent, and maybe even higher depending on the tv deals.

The new CBA also adds a few more opportunities for players. The gameday roster has been increased from 46 to 48, and the practice squad will grow from 10 to 12 next season. It will grow again to 14 in 2022. Practice squad players will also earn more money that they ever have before.

Veteran players will be thrilled by the fact that the number of padded practices has been further reduced down to just 16 per season, and that other practice safety measures have been implemented.

The league will also no longer be doing test for marijuana, something the players have long been asking for.