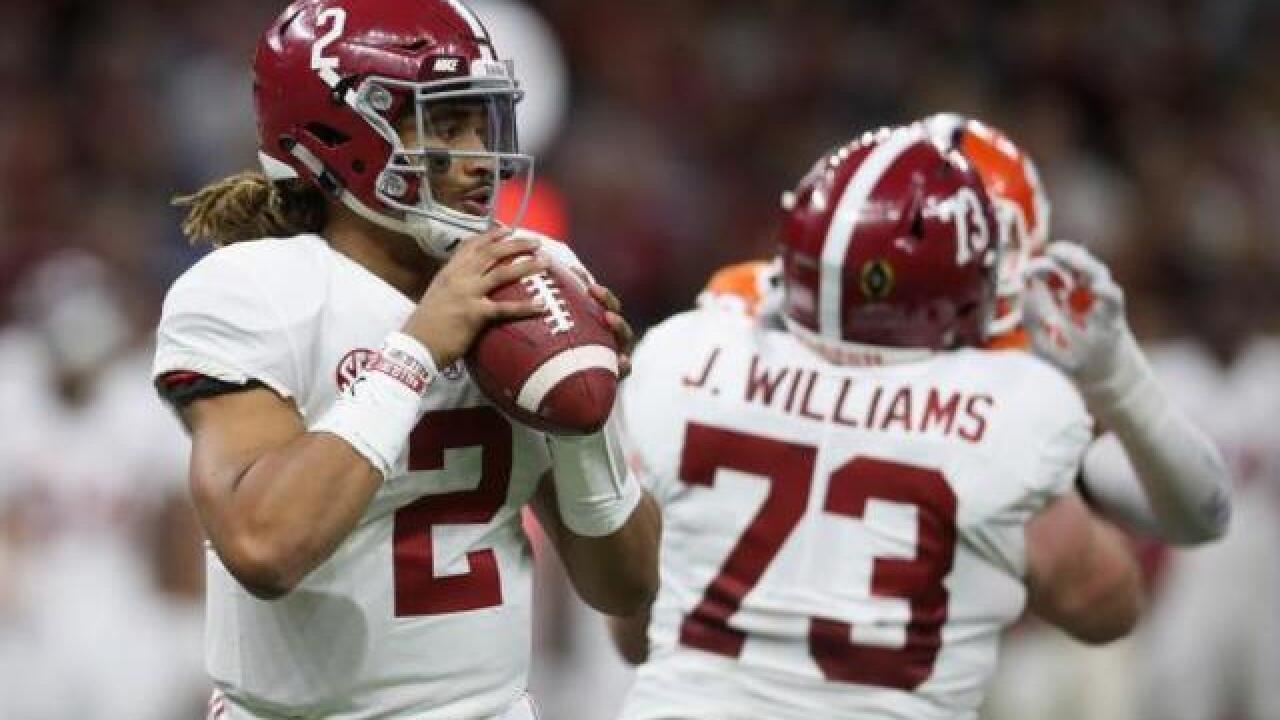 Copyright 2018 Scripps Media, Inc. All rights reserved. This material may not be published, broadcast, rewritten, or redistributed.
&lt;p&gt;Alabama got into College Football Playoff despite not winning the SEC title. The Crimson Tide will now meet Gerogia for the national championship Monday in Atlanta.&lt;/p&gt;

Alabama's win over Clemson in the Sugar Bowl proved the Crimson Tide belonged in the College Football Playoff, but doesn't make the process that led to their selection any better.

A well rested and finally healthy Alabama dominated the top-seeded Tigers 24-6, and may well beat Georgia for the national championship on Monday night. But up until they beat Clemson, the Crimson Tide hadn't beaten anybody worthy of their inclusion in the field.

Alabama was given a pass for a season that lacked any real merit based on it's reputation.

Remember, it lost to Auburn and failed to win the SEC West, let alone a conference title. The Crimson Tide's best win? Probably a sluggish home victory over top 20 LSU.

Meanwhile, Ohio State had more top five wins, top 10 wins, and top 25 wins against the final College Football Playoff rankings than Bama, and won the Big 10 championship. But the Buckeyes were left out of the final four.

Many people will argue that, "Alabama is just better than Ohio State," and they may be right. Las Vegas would have the Crimson Tide favored in a neutral site matchup against the Buckeyes. But given the evidence that we had on the field, is it fair to include the less-accomplished team just because you BELIEVE they are better?

Others will say that Ohio State was essentially disqualified because of a 55-24 loss to Iowa. While that was unquestionably a bad defeat, every other playoff team had a similar loss. Clemson lost to a Syracuse team that finished with a losing record, Oklahoma lost at home to Iowa State and Georgia was steamrolled by Auburn.

So what made Ohio State's loss different? It was different because it was the Buckeyes' second loss after they dropped a game to the Sooners back in September.

That's what actually kept Ohio State out of the playoff, the fact that it had two losses. And why did it have two losses? Because it took on the challenge to play one of the other best teams in the country in non-conference play.

If Ohio State lost to Iowa by 31 but finished 12-1, it gets in the playoff just like the other one loss teams. So it was the loss to Oklahoma that made it vulnerable.

What kind of message does that send?

The College Football Playoff was limited to four teams because they wanted to preserve the integrity of the most meaningful regular season in all of sports. Every game is supposed to count in college football, so teams are supposed to get rewarded for playing stiff competition and proving their worth.

But this season Ohio State got penalized for scheduling tough in the non-conference and no benefit from winning what was, by most metrics, the toughest conference in the country. Meanwhile, Alabama didn't even win it's own division in the SEC and got in.

The Crimson Tide got further benefit by essentially getting a bye on conference championship weekend, which serves as the de facto quarterfinals for the playoff. While every other team in contention for the four bids had to play a difficult win or your out game, Alabama got to sit back and begin the process of getting back to full strength.

The team that throttled Clemson Monday night looked nothing like the team that limped off the field against Auburn Thanksgiving weekend. The five week break gave Alabama time to recover and get back close to 100 percent, and it showed.

The Tide is now favored to win its fifth national championship under Nick Saban against Georgia, and will be a deserving champ if it does so. It just didn't do anything in the regular season that was deserving of a playoff bid, despite being perhaps the best team in the country.

I don't have any problem inviting teams like Alabama into the College Football Playoff, but it shouldn't be done at the expense of a team with a resume like Ohio State.

So if we want at-large selections (I do), it's time for the playoff to expand.