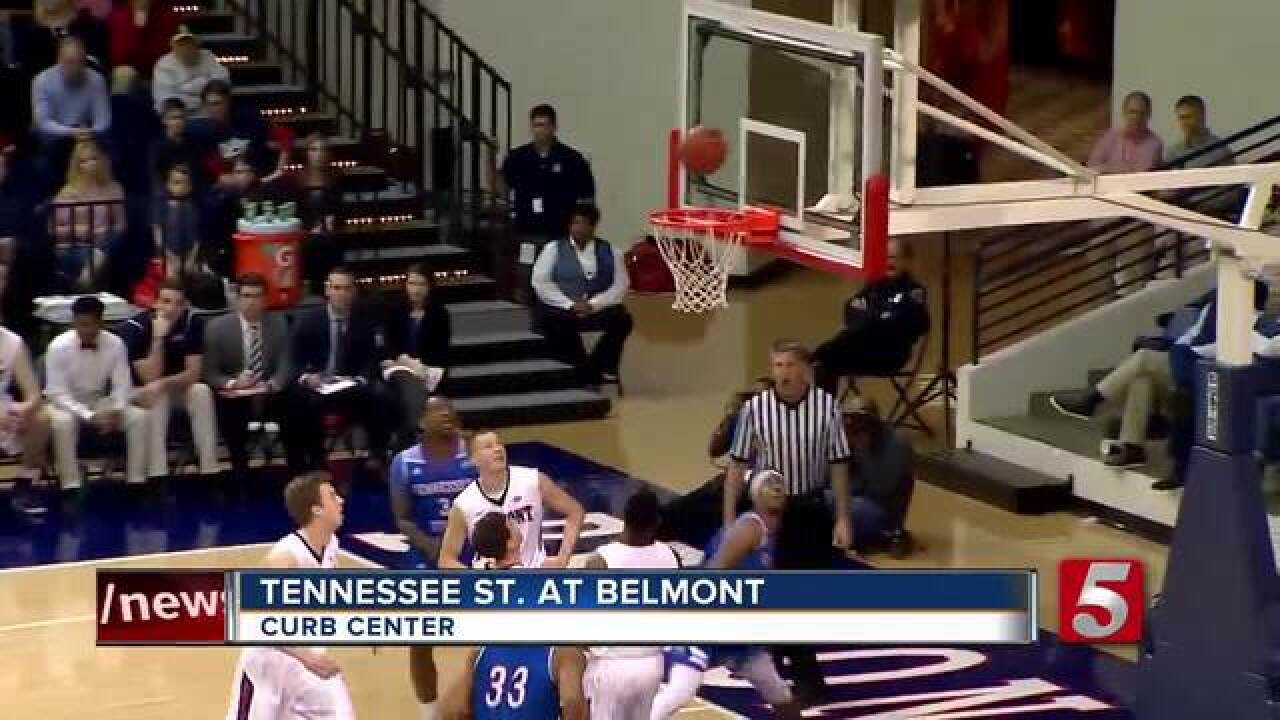 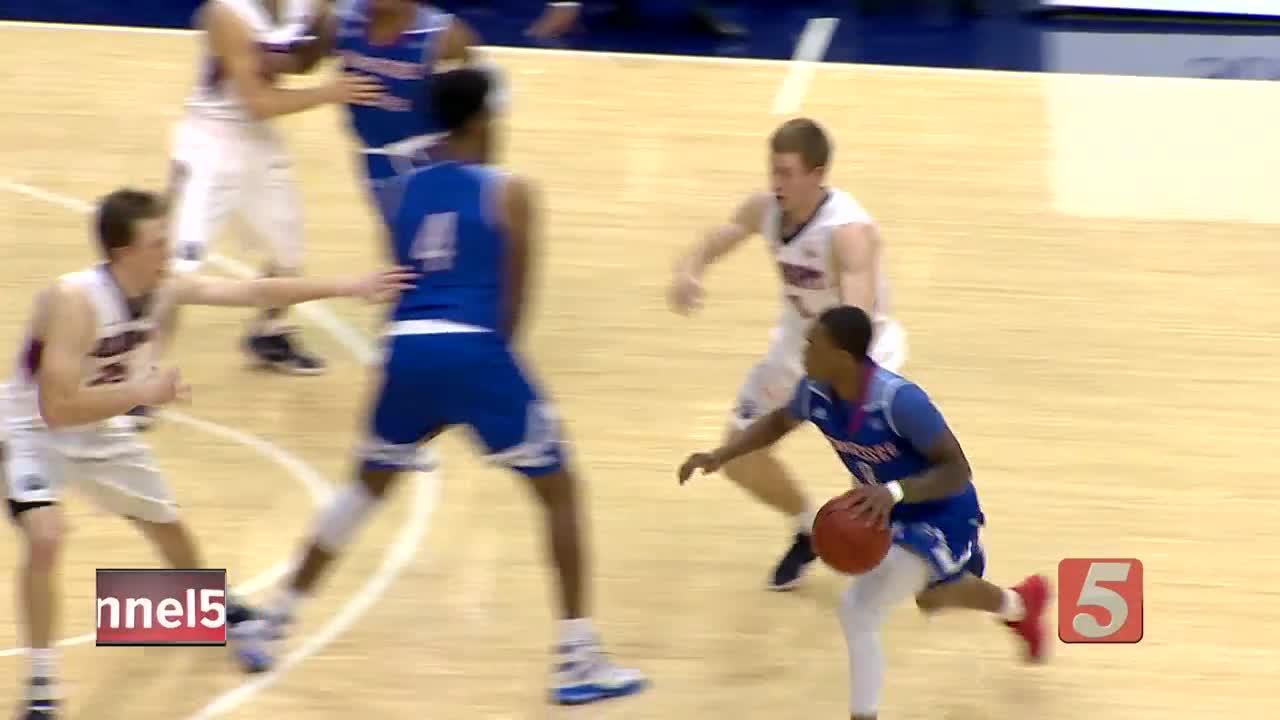 On the day when Belmont received the trophy for its OVC regular season championship, it got a preview of what it may need to expect next week at the OVC Tournament in a 68-63 gutsy, grind it out win over Tennessee State.

After scoring 93 points in a win at TSU a month ago, Belmont struggled offensively for much of Saturday's contest. The Bruins shot just 31.8 percent in the first half on the way to their second lowest point output since mid-December.

Belmont needed a perfect shooting day from Evan Bradds (10-10, 22 points) and a huge three-point shot from Austin Luke with 1:14 left that provided just enough cushion for the win.

"It was just a gritty win," said guard Taylor Barnette, who added 13 points on his Senior Day.

It was a particularly sweet Senior Day win for a program that is known for it's offensive efficiency, but won Saturday because of it's improved defense and rebounding.

"I don't think that's a game we win the past couple of seasons," Bruins head coach Rick Byrd said after notching his 753rd career win. "I just don't think we could've made enough stops to win a game like that."

Byrd got his senior-laden team to buy into defensive improvement this season and the result was a 15-1 regular season and the no. 1 seed and double-bye for the OVC Tournament next week.

The Bruins will be the heavy favorites heading to Municipal Auditorium, but if Saturday was any indication, they won't have a cakewalk to the title.

Third-year coach Dana Ford has TSU playing hard on both ends of the floor once again after a midseason slump. And even though the Tigers will be the no. 8 seed when the tournament tips off Wednesday night, they are capable of making a run.

"We have a bad taste in our mouth from last year," Ford said of his team's semifinal upset loss. "We're excited to get back over there and we're playing better. Hopefully that can carry over."

Wayne Martin scored 20 points, including two big second half threes, and Tahjere McCall added 12 for the Tigers. But it's their size and athleticism on defense that will make them a tough out for anyone in the tournament, including Belmont.

In a year where there is a ton of parity in the OVC after Belmont, TSU may just be the team that's most equipped to take down the champs if it can put it all together.

"Every time we play Belmont, it's the same gameplan," Ford said. "We have to control the tempo. We did a particularly good job of that today. We just missed some easy shots and didn't get to the foul line (7 attempts) enough to win."

TSU has the blueprint and the talent to put the madness into early March next week. But as we saw Saturday, it will take everything the Tigers, or anybody else has, to deny a confident and gritty Belmont team of an OVC championship sweep.