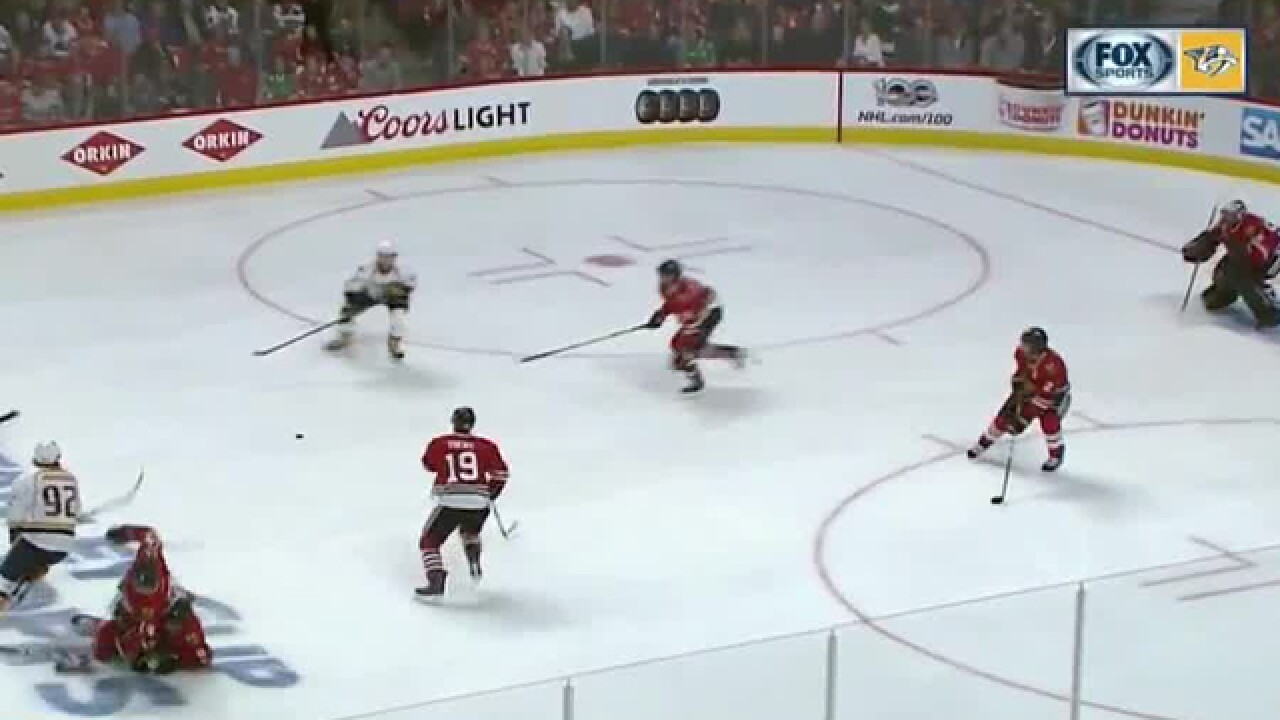 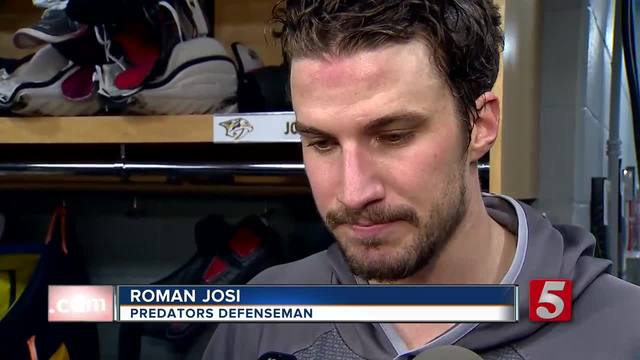 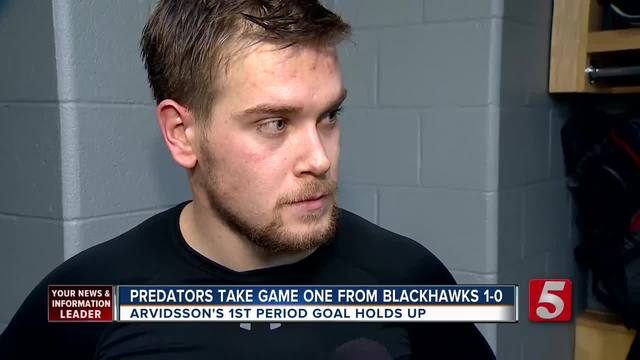 If the Predators were going to beat the Blackhawks in their opening round series of the Stanley Cup Playoffs they were going to have to win a game in Chicago. That win came 1-0 in game one thanks to a brilliant 29-save effort from Pekka Rinne.

The veteran Rinne was cool and calm in goal throughout, but seemingly got better as the game went along, turning the Blackhawks away time and time again.

The Predators were ready from the drop of the puck, confidently pushing their attack and demonstrating a level of speed on the ice that's been missing for them against the Blackhawks in past playoff series.

No place is that speed and skill more apparent than on the top line. Filip Forsberg and Viktor Arvidsson shared the team lead with 31 goals this season, and connected on the Preds' first score of the night when Forsberg spun and whipped the puck to Arvidsson just to the right of the net for a goal.

The goal was Arvidsson's second career playoff goal. Both have been game-winners with the other coming in overtime of game six against the Sharks in last year's second round.

Nashville also employed a physical, checking  strategy that kept Chicago's explosive offensive weapons at bay. The Blackhawks managed just one shot on goal in the final 13:52 of the first period.

The Blackhawks pushed back in a big way, buzzing the Nashville net from the start of the second period on. But Rinne stood tall, delivering the first road playoff shutout in franchise history.

Facing a team known for its clutch comebacks and late game heroics, the Preds  withstood the Hawks late push.

After Viktor Arvidsson was sent to the box with just over 7:00 to go, Nashville killed off their second penalty of the night without yielding a single shot on goal. From there, they closed out the final 5:00 to win a playoff game while scoring only one goal for the first time in franchise history.

"That's what you have to do, just grind it out," Predators defenseman Ryan Ellis said. "It's very rarely going to be pretty and 5 or 6-nothing games. You have to work for it."

The Predators earned this victory and now have stolen home ice advantage from the top seed in the Western Conference.

And the best part of all, is they didn't play their best game. They know they can and need to play better in game two Saturday night.

But on Thursday night the effort was good enough to take a huge 1-0 series lead.