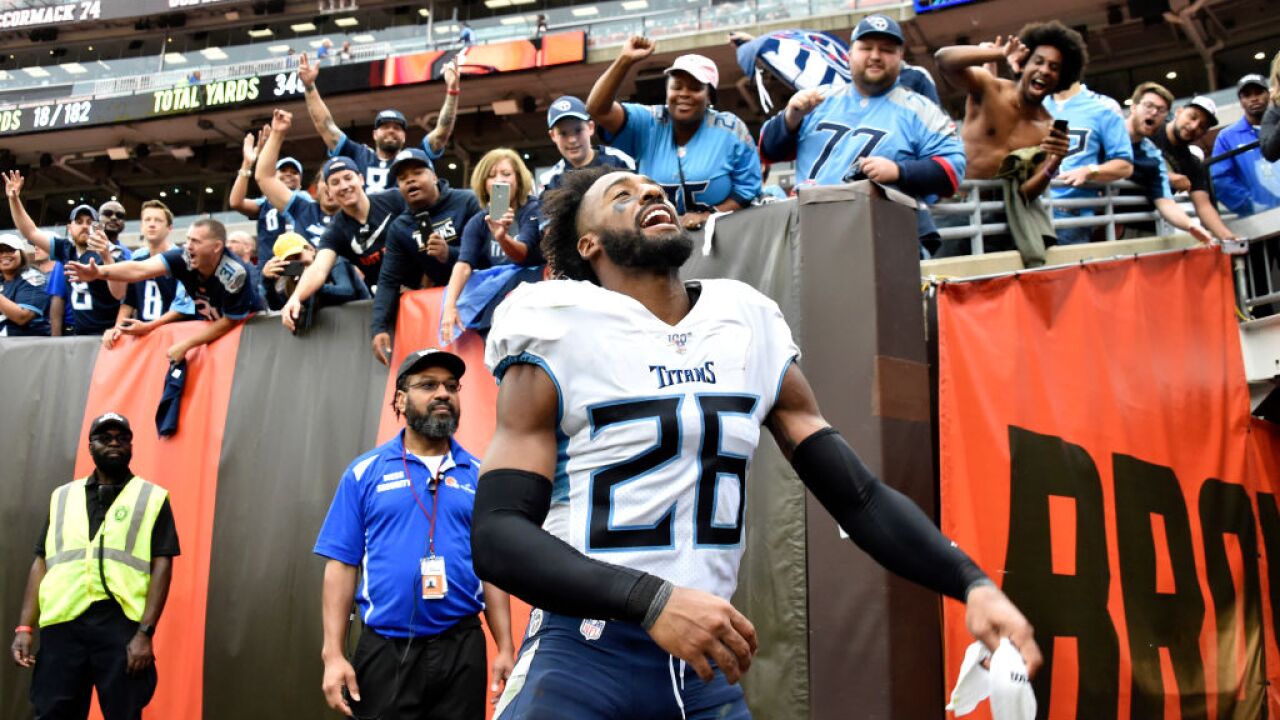 The Cleveland Browns have banned a fan indefinitely for pouring a beer on a Titans player.

Titans cornerback Logan Ryan jumped into the stands after Malcolm Butler's pick-6 in the final minutes of Sunday's game.

Ryan was greeted by an angry Browns fan who doused him in beer.

This @budlight’s for you?@RealLoganRyan and the @Titans got doused by beer by a @Browns fan after the Malcolm Butler pick-6. 🍺 pic.twitter.com/mQ4QAO8ztM

The Browns have decided to ban the fan indefinitely.

“This individual person’s action is not tolerated in our building as it is not reflective of our fan base or city. We are currently addressing the situation internally, along with NFL Security, and we believe we have identified the person involved. He will ultimately face an indefinite ban from FirstEnergy Stadium for the unacceptable behavior, which is in clear violation of our Fan Code of Conduct," the Browns said.

Violation of league rules to jump into the stands as the visiting team: you should expect beer dumped on you every time (nobody would waste #73Kolsch by @GLBC_Cleveland, so expect piss water beer at that) https://t.co/2nH4OI6EsD

It is unknown if the NFL will do anything about Ryan violating league rules, although a Bud Light dump is probably a good enough punishment.