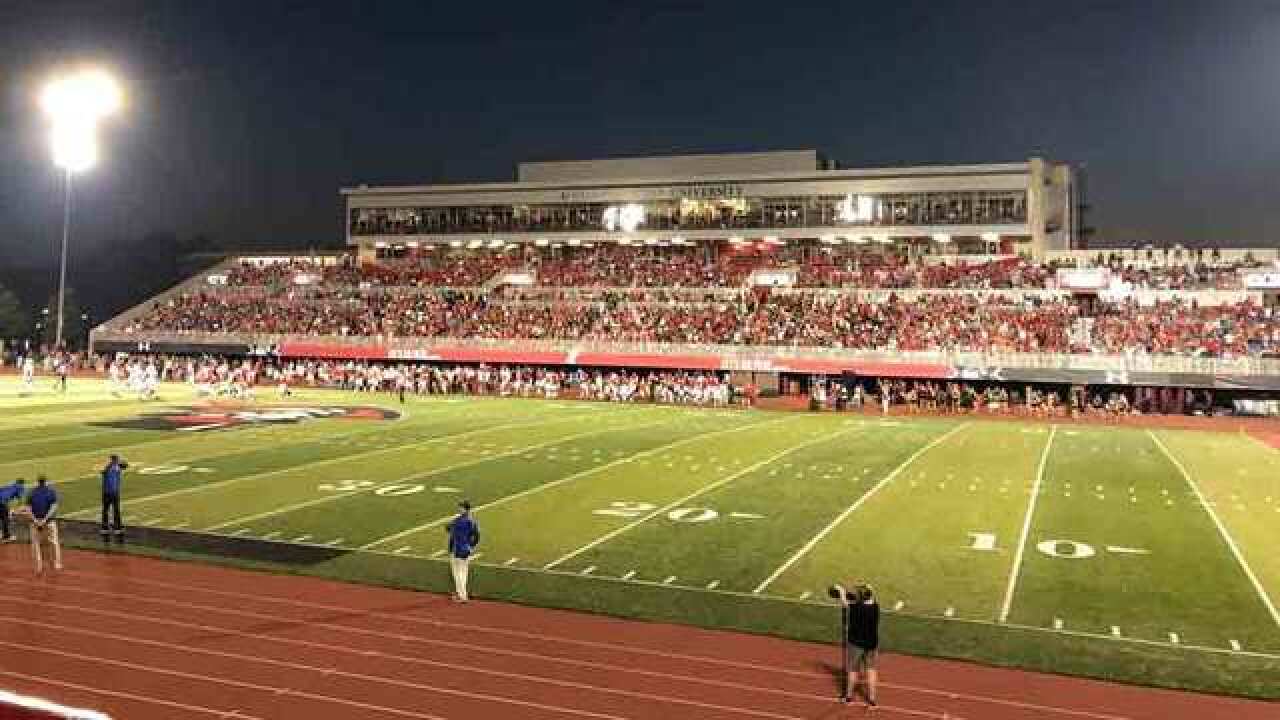 Copyright 2017 Scripps Media, Inc. All rights reserved. This material may not be published, broadcast, rewritten, or redistributed.
&lt;p&gt;Courtesy: APSU Police&lt;/p&gt;

Austin Peay head coach Will Healy walked in to address his football team at the beginning of the week. The Governors hadn't won a game in nearly three years, a streak of 29 consecutive losses that ranked as the longest losing streak in division one football.

But Healy told his team that they weren't just going to win Saturday against Morehead State, they were going to win big. He challenged his players to believe they would do what they hadn't done before.

This was a week that was more than a year and a half in the making.

It started with athletic director Ryan Ivey's decision to hire Healy as the youngest head coach in the country. It continued with Healy and his well constructed staff aggressively recruiting the no. 1 ranked recruiting class in the FCS despite going 0-11 during their first season on the field in Clarksville.

Narrow losses to FBS schools Cincinnati and Miami (Ohio) gave the Governors a reason to believe and Healy wanted to make sure that they were ready for their moment. He implored them to not just be satisfied with squeaking out a streak busting win against Morehead, but going out and taking care of business they way they should.

That's exactly what Austin Peay did Saturday night, ending the nation's longest losing streak with an emphatic 69-13 romp of the Eagles.

The Govs racked up 668 yards of offense, including a whopping 477 yards and 10 touchdowns on the ground while building leads of 28-0 and 42-7 in the first half.

A victory is cause for celebration in Clarksville, but Healy and the Govs don't look like a group that will be satisfied by just ending the streak. Their goal is to build a winner at Austin Peay.

And while it's way ahead of schedule, Healy appears to have the Govs on the verge of winning big. No one left on the schedule will intimidate this team.

That's because Austin Peay is no longer college football's biggest punching bag. The Govs are punching back, and Saturday night they landed their first haymaker.