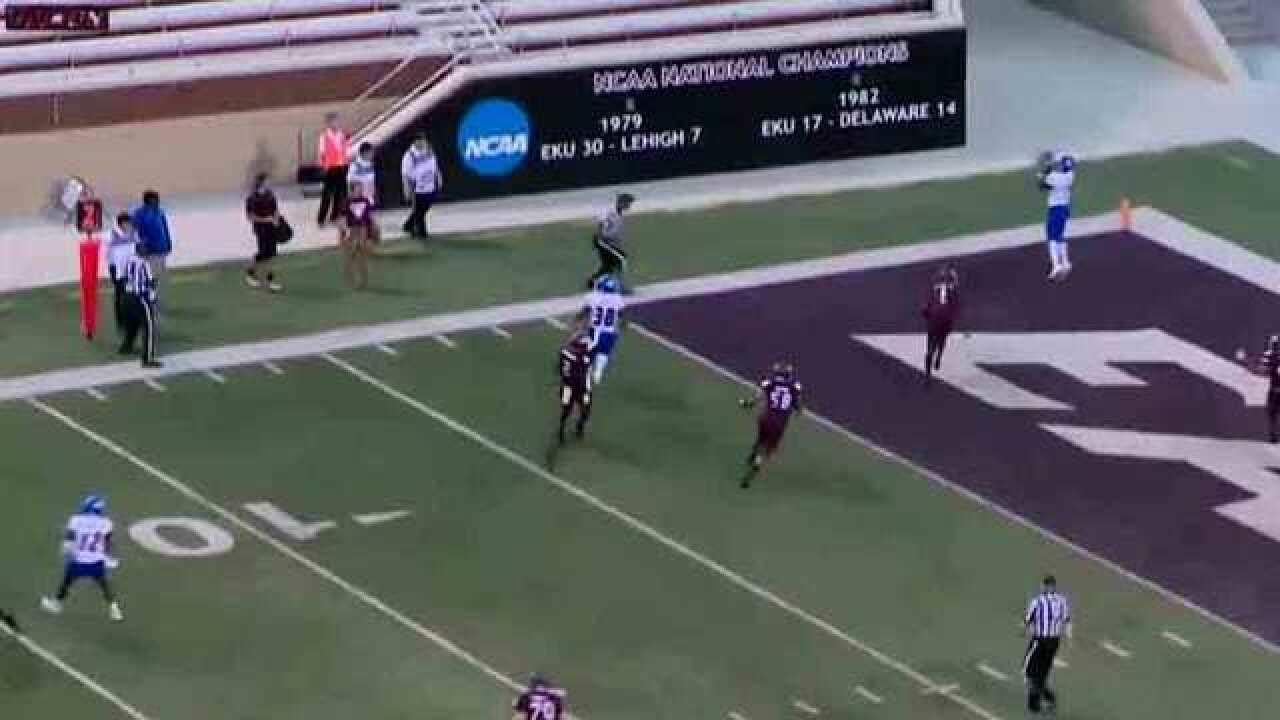 On Eastern Kentucky's next play from scrimmage, Sellers returned his first interception 34 yards for a score and, after the teams traded punts, his 44-yard pick-six made it 38-21 with 3:47 left. Bonds capped the scoring 38 seconds later with a 36-yard interception return off a pass by Austin Scott.

Lane Clark kicked a 49-yard field goal, Patrick Smith scored on a 11-yard reception and Hughes hit Steven Newbold for an 8-yard touchdown as the Tigers took a 17-0 lead into halftime but Eastern Kentucky's Tim Boyle had a 1-yard scoring run and then threw touchdown passes of 10 and 6 yards to Ryan Markush to make it 21-17 with 13:27 to play.

Boyle was 18-of-27 passing for 212 yards with three interceptions for Eastern Kentucky (1-4, 1-2) before being replaced by Scott.