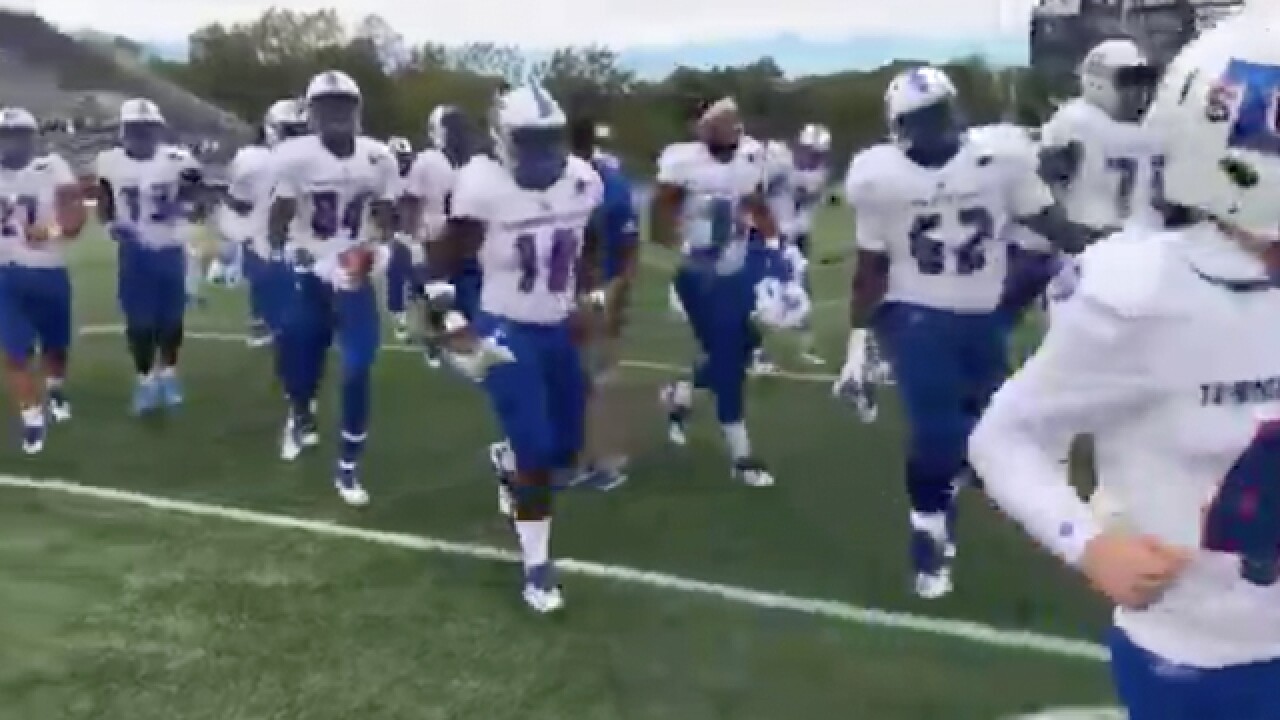 Copyright 2018 Scripps Media, Inc. All rights reserved. This material may not be published, broadcast, rewritten, or redistributed.
&lt;p&gt;Courtesy: TennesseeSt Football on Twitter&lt;/p&gt;

The Tigers (2-0, 1-0 Ohio Valley Conference) fell behind 17-0 after a quarter and trailed by as many as 21 before scoring two touchdowns in the third quarter and two TDs and a field goal in the fourth to eke out the win. The teams scored 24 points in the final 15 minutes and traded the lead three times.

Tennessee State dominated the final period, holding the ball for nearly 10 minutes, converting 10 first downs and holding the Panthers (0-4, 0-2) to minus-6 yards rushing. But EIU, one play after losing the lead for the first time, needed one play -- a 72-yard hookup from Harry Woodbery to Alexander Hollins to lead 40-35 with 6:27 remaining.

Harrison's winning TD capped a 10-play drive that ate up half the remaining time, and the Tiger defense forced a fourth-and-3 at the 30, bringing about the Eastern Illinois field goal try with 47 seconds left to play.