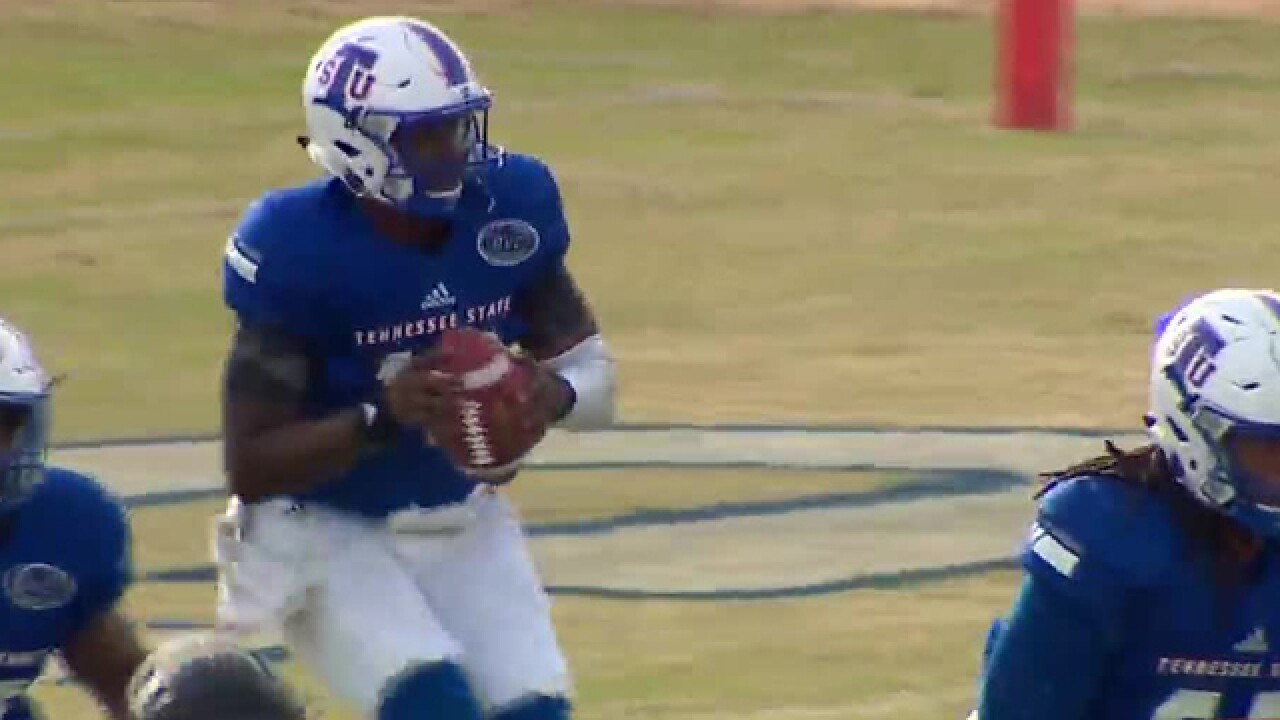 Michael Hughes threw for two touchdowns and Lane Clark kicked a 44-yard field goal late in the fourth quarter to lift Tennessee State to a 23-20 win over Southeast Missouri State on Saturday.

Hughes finished 9-of-14 passing for 196 yards and an interception, which Southeast Missouri State's Devin Alexander returned 21 yards for a touchdown in the first quarter. The TD throws were to Mahlon Medley and Terence Harris.

Southeast Missouri State (2-8, 2-5) got 116 yards rushing from Marquis Terry and both of Jesse Hosket's touchdown throws were to Kristian Wilkerson. The Redhawks missed the PAT after Alexander's interception return.