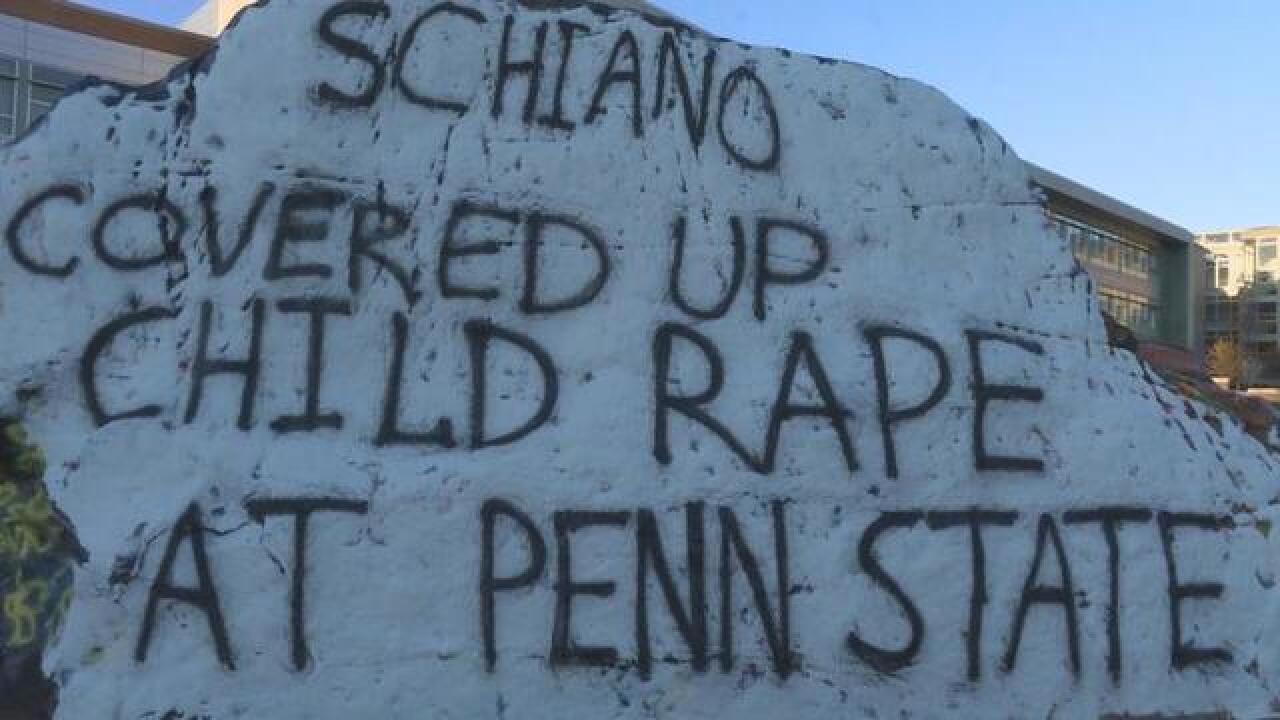 On Sunday, Tennessee fans took the unprecedented step of revolting against the potential hire of a new football coach, squashing an agreement between the school and Greg Schiano in the 11th hour, and perhaps forever changing the dynamic between the powerful administrators that run college athletics and the fans that up until now have never had much of a voice when it comes to hiring coaches.

This was a revolutionary moment, no doubt about it, but the question that just about everyone around the country is asking now is why did it happen? The answer is a football fan base that is fed up with how it's been treated for the better part of a decade finally fighting back. The unfortunate, and downright scary, side effect is what their protest devolved into.

Greg Schiano should not be the next coach at Tennessee. That is clear today, but also should've been clear to John Currie and Tennessee administrators days ago.

Some fans will claim it's because of his 68-67 college record, but don't let that fool you. Schiano coached 10 seasons at Rutgers, where he inherited the worst program in the FBS in 2001 and led them into the top 10 in the country by the end of his tenure. The job he did was viewed as so remarkable he was offered the chance to go to Michigan (turned it down) and then the Tampa Bay Buccaneers.

Instead, Schiano was a poor fit for the Vols because he's a more intense version of the coach they just fired. He's Butch Jones heavy. A man that a former player of his with the Bucs once described as a "my way or (expletive) you" type of guy.

Tennessee needs a new football culture and that's not it. They need a coach that players will want to run through a brick wall for, not punch one because of him. It's hard to imagine Schiano's hard-nosed, in your face style on the heels of Jones would have brought that, so congratulations to the well-meaning fans that wanted nothing more than their voice to be heard on what they viewed as a bad coaching hire for their beloved football program.

But what happened Sunday also took on elements of a lynch mob spearheaded by social media groupthink fueled by a few irresponsible members of the media and egged on by the grandstanding of some politicians. It became an all-out attack on a man's character, preventing him not just from becoming Tennessee's coach, but potentially disqualifying him from future jobs because of the fallout.

And it's all based off of vague, non-specific third-party hearsay testimony in an insurance deposition for a civil lawsuit. There are no known facts, zero corroboration and firm denials from anyone else, including Schiano, that would have had any knowledge of what actually transpired.

Mike McQueary, a former Penn State assistant coach who says he saw convicted child molester Jerry Sandusky in the shower with a young boy in a locker room back in 2000 or 2001, testified in 2015 that when he told fellow assistant Tom Bradley of what he had seen, Bradley was not surprised. From McQueary's deposition:

“He said he knew of some things. … He said another assistant coach had come to him in the early ’90s about a very similar situation to mine, and he said that he had — someone had come to him as far back as early as the ’80s about seeing Jerry Sandusky doing something with a boy.”

McQueary said that he was told by Bradley that the coach from the 90's was Greg Schiano.

Consider that McQueary testified for hours and hours in regards to this case for both criminal and civil complaints and that was the only statement he ever made regarding Schiano, a man with whom he himself never worked with at Penn State or spoke to about what he saw. It's also important to note that while the attorney general considers McQueary a star witness for his role in bringing down Sandusky and the Penn State president and athletic director among others, this was in a deposition for the civil case, in which McQueary won a whistleblower settlement against the school, which means it would benefit him to implicate as many people as possible.

Schiano vehemently denies the claim and, Bradley, the assistant that McQueary says told him about Schiano seeing something, testified under oath on multiple occasions that he never knew anything about Sandusky's criminal behavior until McQueary came to him in 2001. The earliest documented case of allegations against Sandusky comes from 1998 (in a case that was thrown out), three years after Schiano left the Penn State staff.

The same attorney general that aggressively pursued convictions for everyone at Penn State involved in the cover up apparently didn't even find McQueary's claims of Bradley and Schiano credible enough to investigate it further. Nor has a single one of the civil complaints filed in connection with the case cited Bradley or, more importantly, the famous and wealthy Schiano.

Put simply, unless you believe in throwing due process completely out the window, Schiano is an innocent man that Sunday had his reputation besmirched over the claims that he enabled a monster like Sandusky without any actual facts to back those claims up.

Obviously, it would be abhorrent for anyone to withhold information about child molestation. But there is no standard of evidence that McQueary's testimony meets to suggest that that actually happened.

The story became an easy thing for a disgruntled fan base to latch onto, many of whom were truly appalled by the misleading, clickbait headlines of articles that claim Schiano's complicity in allowing Sandusky to terrorize young boys. But then people in positions of influence joined in, from radio hosts to state representatives and candidates for governor to the White House press secretary, expressing disgust towards Schiano's affiliation with the Penn State scandal (which, again, may have been nothing). Their virtuous grandstanding thereby validated the groupthink and further fanned the flames, instead of calming people's fears.

The social media era has given a voice to the people, like fans, that never previously had one, and that's a good thing. But with that voice comes a responsibility for them and from the people who are supposed to serve them in the media and in elected office.

That didn't happen Sunday, and so what began as a fan base fed up with an administration that has ignored them for years rightfully protesting a football hire, devolved into an emboldened group that ignored available facts to revolt against a man they don't know.

There will be better days ahead for Tennessee football. I'm not sure the same can be said for Greg Schiano, who likely will be radioactive following this controversy for even his tangential involvement in the Sandusky case.

Fans finally rallied together, spoke up and got their way. But they seemingly trampled an innocent man in the process.

And that should be scary for all of us.