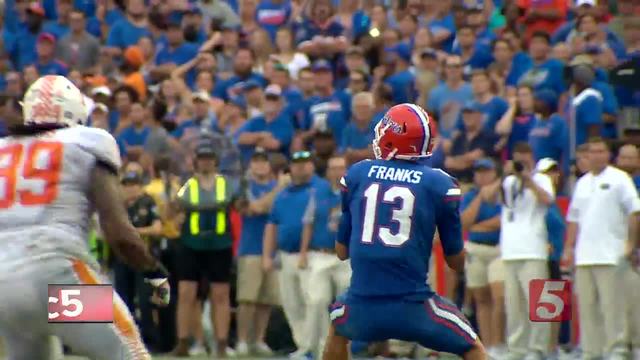 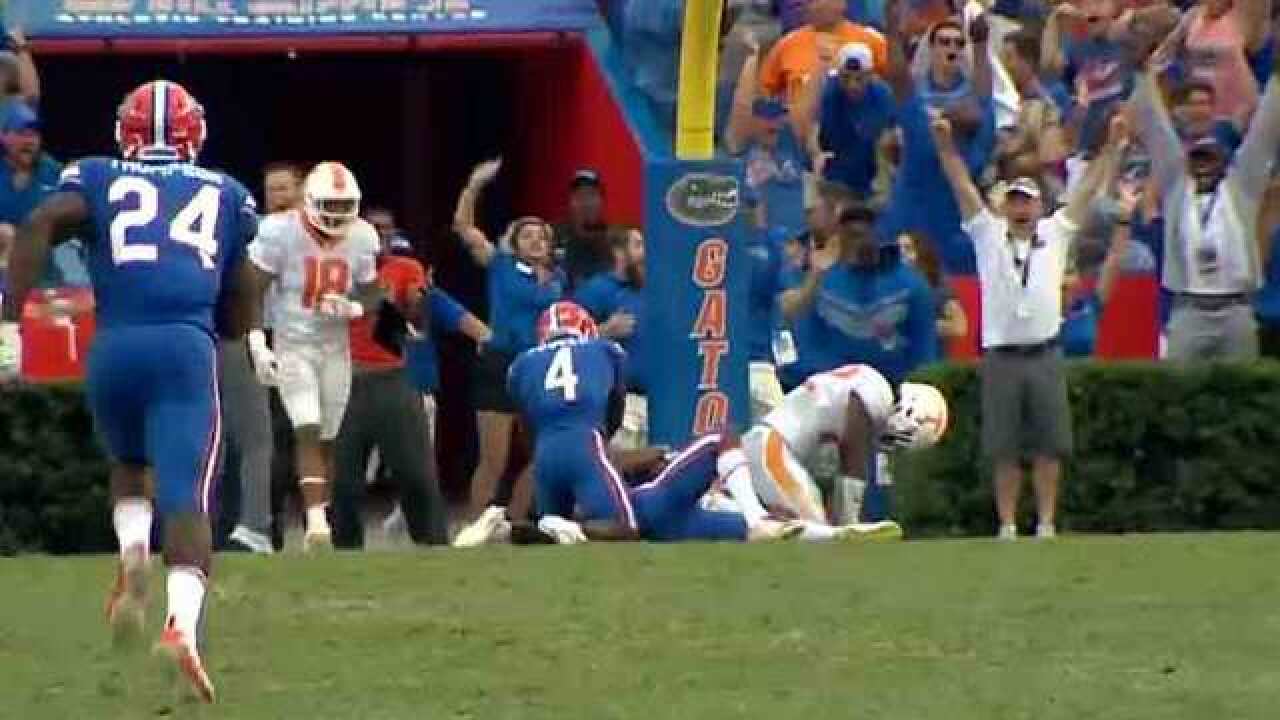 Feleipe Franks' 63-yard hail mary touchdown pass to Tyrie Cleveland on the final play of the game giving Florida a 26-20 win in a wild and wacky affair.

"I'm still at a loss of words," Tenneseee defensive back Rashaun Gaulden said afterwords. "What happened, happened. I don't want to believe it happened, but it did."

Inexplicably, Tennessee was caught with its nickel defense on the field for the final play instead of a dime or prevent coverage. Butch Jones cited injuries as a factor after the game, but that's an inexcusable gaffe by a coaching staff that made several of them on Saturday.

Regardless of the coverage call, however, the most basic defensive rule is you have to play as deep as the deepest receiver. The Vols did not, letting Cleveland get behind them and etch his name into Florida history with the miracle at the Swamp.

The loss is particularly painful after another furious fourth quarter comeback in which the Vols rallied from 10 down twice.

"Everybody believed we were going to find a way to win the football game," Jones said. "There was many times in that game where things didn't go out way, where we could've packed it in, but that's not the heart and soul of this football team."

John Kelly had 237 total yards including 141 yards and a touchdown on the ground to lead the way as Tennessee erased a 20-10 deficit in the game's final 5:00, tying it with Aaron Medley's field goal with :50 left.

"Momentum was in our hands completely," said Tennessee senior tight end Ethan Wolf, who caught a touchdown in the fourth quarter comeback. "It seemed like they kinda wanted to go toovertime and we were happy about that because we felt we had them exactly where we wanted them."

The Vols needed the rally because of three Quinten Dormady interceptions caused by a stingy Florida defense. C.J. Henderson's interception return for a touchdown to start the fourth quarter was the Gators' third pick six of the season in just two games.

A stat that was particularly important since the Florida offense has treated the end zone like lava so far this year, failing to score a touchdown in the season's first 114:47 before delivering the highlight of the college football season on the game's final play.

Still, as Jones himself said after the game, this was not about one play, but about the "cumulative effect" of several plays throughout the game, and the Vols will have several plays that stick with them from this game.

No sequence perhaps best illustrated the offensive futility than when Tennessee started consecutive third quarter drives at the Florida 49 and 36-yard lines respectively. The Vols ran 17 plays on those two drives and scored zero points.

On the first possession, they had first and goal from inside the one, but had a false start and a bad incompletion before Dormady threw an interception. Kelly never touched the ball.

The second drive ended in a missed 44-yard field goal following a holding penalty and a sack. Again, Kelly was missing in action.

"We can't make silly mistakes like that," offensive lineman Brett Kendrick said. "We can't turn the ball over in the red zone. We can't back us up and make tougher kicks for our kickers. You know, there's a lot of little things that become big things."

On Saturday the little things cost Tennessee a huge opportunity to take control of the game before the frenetic fourth quarter. Don't take advantage of your opportunities on the road in the SEC and disappointment is waiting around the bend.

"We'll fix our mistakes, correct them and we'll be stronger for it," Jones said. "We've got to stay together and come back more driven than we've ever been."

The Vols deserve credit for their resolve to get back in the game once again the fourth quarter, but this game will be remembered for Franks' heave and Cleveland's remarkable catch on the game's final play.

And for another Tennessee failure in The Swamp.