Vols Blown Out; Seat Warming Up For Jones 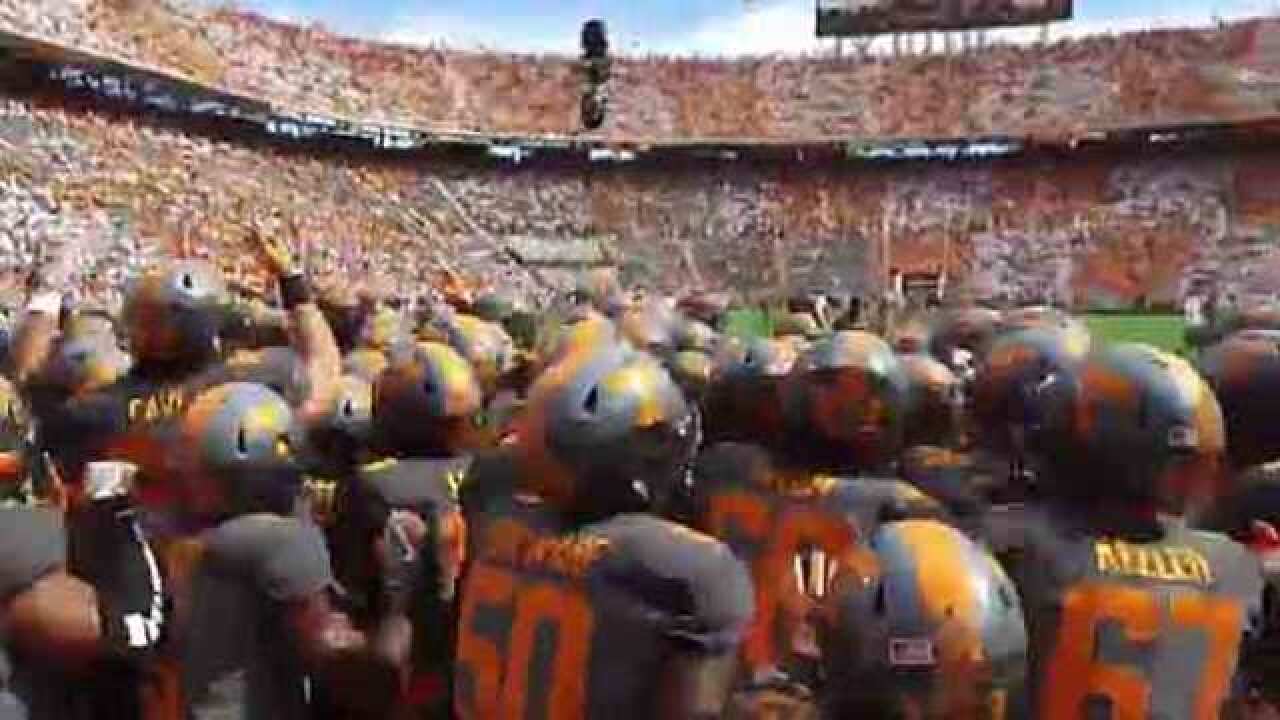 Copyright 2017 Scripps Media, Inc. All rights reserved. This material may not be published, broadcast, rewritten, or redistributed.
&lt;p&gt;Photo Courtesy: Tennessee Football on Twitter&lt;/p&gt;

There's still time for the Vols to turn this season around. They're 3-2 and have lost to in all likelihood the two best teams in the SEC East. But the time is running out on Jones, who is in his fifth season on Rocky Top and now has exactly one win over both Florida and Georgia, the two teams Tennessee most looks to compete with for the division crown.

This was a day when the football team looked like it wanted to be some place else and the fans looked for the exits early. Tyrique McGhee intercepted Quinten Dormady's pass on the very first play from scrimmage and Georgia was well on it's way to building a 24-0 halftime lead en route to it's second largest margin of victory in series history.

Tennessee turned it over four times in all before Dormady was replaced by redshirt freshman Jarrett Guarantano, who now figures to get the bye week to prove he should be this team's starting quarterback for the stretch run.

But the biggest question on Rocky Top is what is ahead for Jones? He is 33-23 at Tennessee and coming off back to back nine win seasons. But after steady progress through his first three seasons, Jones failed to lead a veteran Vols' team to a SEC East crown a year ago despite beating both Florida and Georgia. Some people wanted him out then, but his overall body of work at the school merited another chance.

But it's now highly unlikely this year's team will be playing for anything other than a minor bowl bid, and that's not going to make anyone happy in Knoxville. Tennessee would have to pay Jones $9.2 million to fire him, but it's now a decision that has to be considered.

The audit shows Jones's record against the SEC is now just 14-20, and his team keeps finding frustratingly inept ways to lose. The slow starts and disappearance of the defense a year ago replaced by red zone miscues and a Hail Mary meltdown at Florida two weeks ago, and now a complete no-show in a marquee home game against a highly-ranked rival.

Jones said that last week's narrow win over winless UMass was "unacceptable". Well, this was intolerable for a Tennessee fan base that expects so much better.

I can't imagine new athletic director John Currie wants to fire his head coach less than halfway through his first football season back on Rocky Top. But Tennessee looked like a team that was lost on Saturday and the responsibility for that stops with Jones.

Perhaps feeling the pressure, Jones unleashed a bizarre rant against the media at his Monday press conference in which he described himself as the "caretaker of the Tennessee football program". Right now the caretaker, and the program, appear to be in trouble.

And it isn't clear how much longer Jones will get to try to get it back on track.