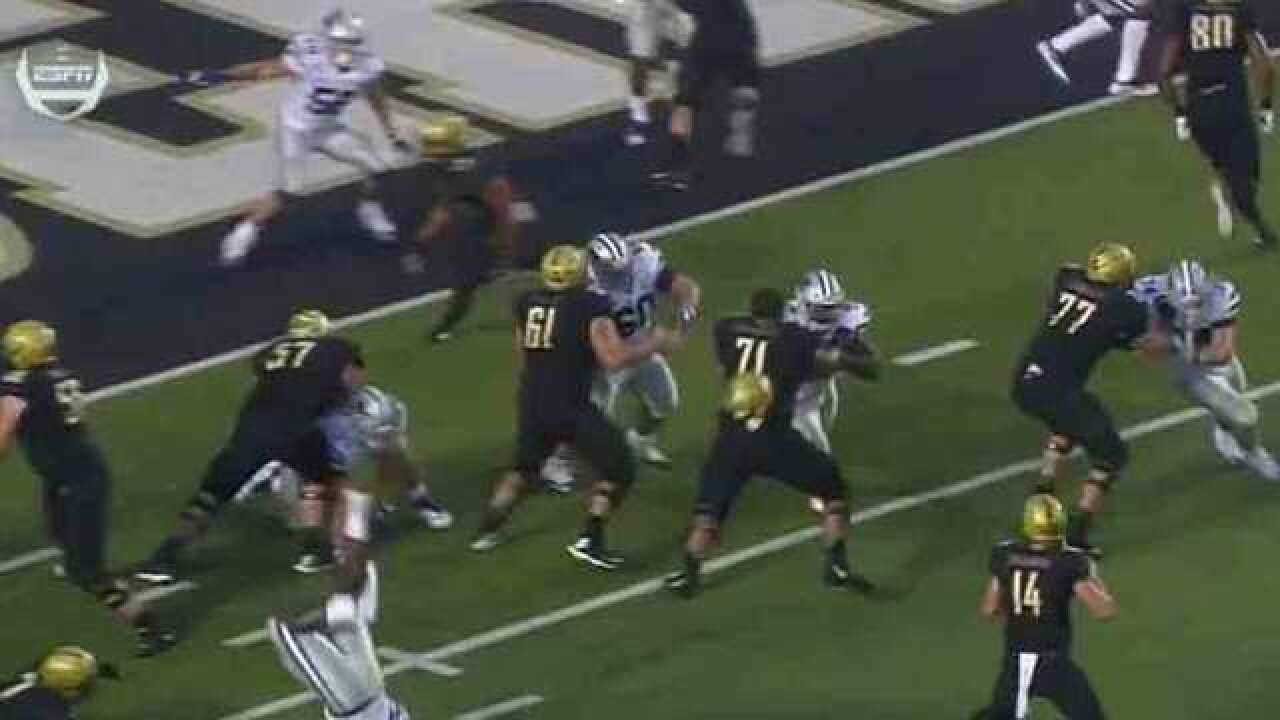 Three weeks into the college football season and it's hard to find a contender in the SEC East. So after Vanderbilt's 14-7 upset of no. 18 Kansas State, why can't the Commodores make a run at a division crown?

Nobody expected it coming into the year, but the Dores have made a compelling case for their contender status with three wins in which they've surrendered a total of 13 points.

K-State has a veteran offense and wizard of a head coach in 77-year-old legend Bill Snyder, and Vandy shut them down. The Wildcats will put up a ton of points on teams this year in the Big 12, but put up just 277 total yards against the Dores, managing just 76 yards through the air.

Vanderbilt also forced two interceptions, including Ryan White's fourth quarter pick that returned the ball to the offense at K-State's 33. After a 32-yard pass to Trent Sherfield down to the one, Kyle Shurmur took it in himself for the game's eventual winning score.

The defense then sealed the win with a fourth down stop with the Wildcats driving at the Vandy 19 in the final minute.

This was not an accident. Derek Mason has built one of the best defenses in the SEC on West End, and now he has a capable offense to compliment it.

Shurmur went 14-23 for 205 yards and a touchdown as he continues to elevate his game to another level this season. And the school's all-time leading rusher Ralph Webb hasn't even fully gotten going yet on the ground.

Yet the Commodores are 3-0, poised to break into the top 25 and set for a showdown against top-ranked Alabama next Saturday at Dudley Field.

As Florida has suspended nine players, Georgia lost its quarterback, South Carolina fell apart against Kentucky, Tennessee continues to struggle and Missouri can't score or stop anybody, Vanderbilt has consistently looked prepared and ready to play this season.

Mason pumped his fists in celebration with fans Saturday night, and he should.

When he took the Vanderbilt job four years ago, the job appeared to be over his head. But after struggling to just seven wins over his first two seasons he made several changes to his staff and schemes and it's paid off.

The reinvented Mason led Vandy to six wins and an Independence Bowl berth a year ago, and with a veteran team returning he set his sights high for this fall.

Perhaps nobody else believed the Commodores could compete for an SEC East title. But after a win like Saturday's, it might be unwise to keep counting Vandy out moving forward.