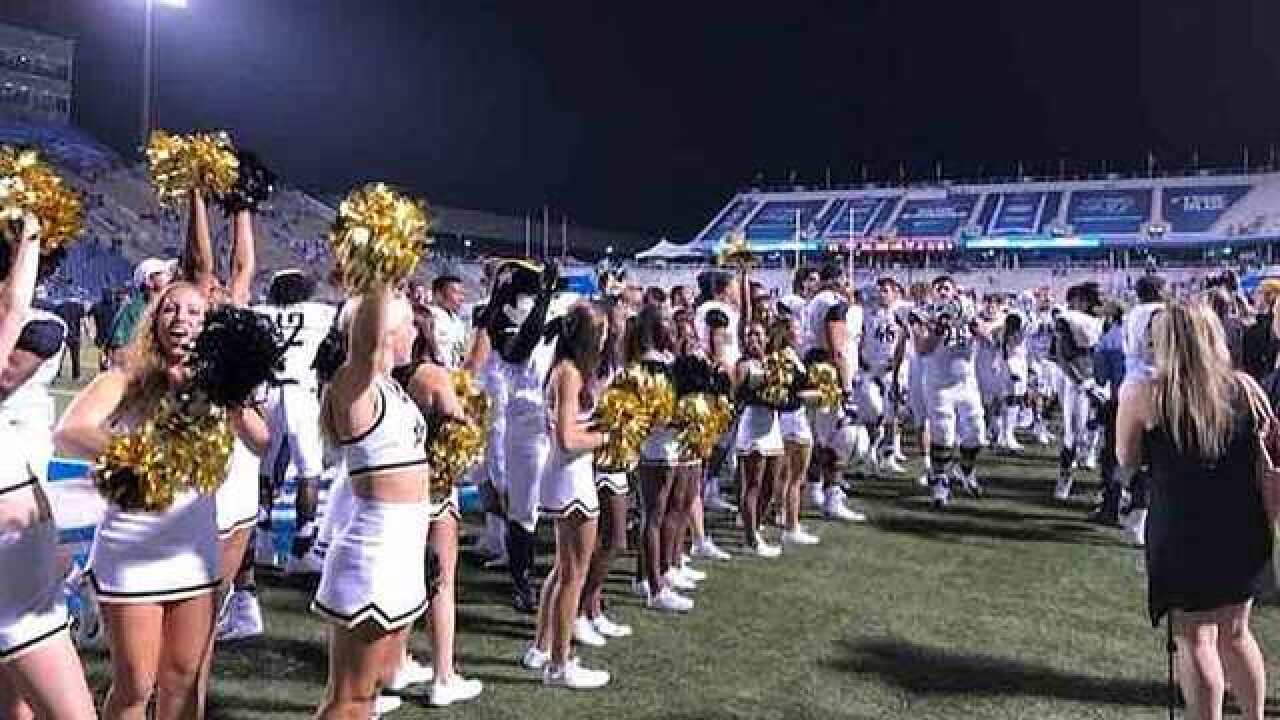 Derek Mason said he had a chip on his shoulder over the fact his Vanderbilt teams were 0-3 in season openers. On Saturday night Mason's Commodores played inspired football, jumping on Middle Tennessee right from the start in an impressive 28-6 win.

After Middle Tennessee won the toss and deferred, Vandy took the ball and marched 75 yards in just five plays capped by a 32-yard touchdown pass from Kyle Shurmur to Kalija Lipscomb.

On the ensuing possession, Charles Wright pressured Brent Stockstill into an errant pass that Bryce Lewis corralled for his first career interception, and the Commodores wasted little time cashing in on the turnover. A Ralph Webb nine-yard carry was followed by a well designed screen to Webb that went for 30 yards down to the one-yard line. Webb then punched in a touchdown on the next play to make it 14-0.

Shurmur started the game 9-10 as Andy Ludwig's Vandy offense showed a level of balance and creativity that has been missing in recent years. The Commodores converted their first four first downs, a bit of a weakness in the past, and finished the game 8-15 in that category.

When Shurmur hit Lipscomb for his second touchdown of the game, Vanderbilt held a 21-0 lead that it carried into the half behind a 245-72 edge in yards.

The two first half touchdown receptions equaled Lipscomb's total last year as a freshman, which was tied for the team lead. Just another example of why Vanderbilt believes this offense can be more explosive in 2017.

Star running back Ralph Webb ran for 49 yards on 24 carries, but also showcased an ability to catch the ball out of the backfield rarely seen before Saturday night, taking a swing pass and racing 70 yards down the sideline for a touchdown on the opening possession of the second half to make it 28-0. Webb finished with 104 yards receiving in the game, just shy of his career-high total for a season of 188 yards in 2015, to become the first Vanderbilt running back to top 100 yards receiving in a game since Rod Williams in 2001.

The Commodores defense did its part as well, harassing Brent Stockstill into a sub-par night and displaying it's speed in tracking down ball carriers while pitching a shutout through three quarters before Stockstill hit Richie James for a touchdown with 11:54 to play.

For Middle Tennessee it's a disappointing start to what still should be a promising season. The opportunity to jump start your year with a win over a neighboring SEC school at home doesn't come around often. But the biggest takeaway on this night was the manner in which Vanderbilt took care of business.

The Commodores are looking to build off a six-win season that led to an Independence Bowl berth a year ago and, at least on night one, looked like an improved team that has the ability to compete in the SEC East this fall.