They are affectionately known as the “Vandy Boys”, but these guys have grown up in a hurry. One of the youngest teams in the country just clinched Vanderbilt’s seventh baseball regional championship in nine years. 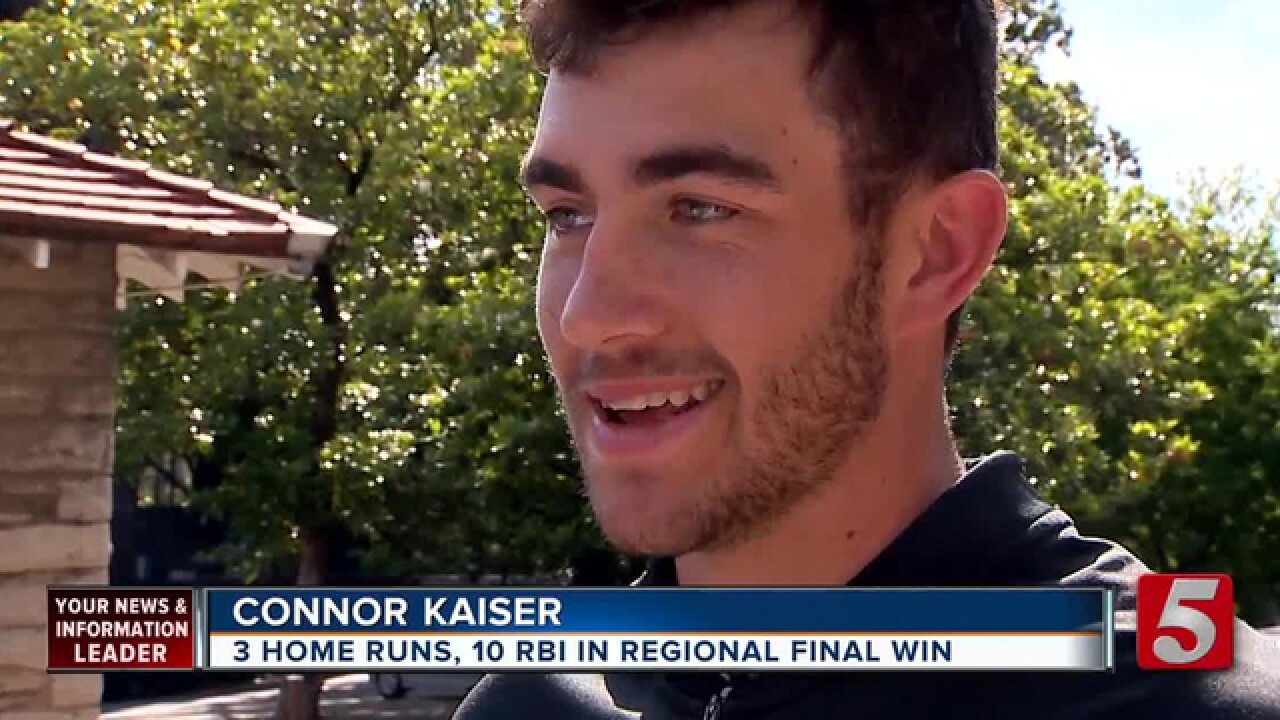 They are affectionately known as the “Vandy Boys”, but these guys have grown up in a hurry. One of the youngest teams in the country just clinched Vanderbilt’s seventh baseball regional championship in nine years.

Raise your hand if you saw that coming a month ago.

This is a Vanderbilt team that started seven freshmen this season, including six in one game. And they suffered plenty of growing pains. On May 6th they lost to Auburn 14-0, completing a three-game sweep in which the Dores were completely dominated on the Plains.

At that time they sat just 25-22 overall and only 11-13 in the SEC. Even making a NCAA Regional seemed like a longshot. But veteran head coach Tim Corbin got his youngsters to hold their chins high as they got back on the bus that day, and after a mid-week loss to Tennessee Tech (who turned out to be pretty good by the way) they regrouped. The Commodores won six of their final seven regular season games to clinch a 13th consecutive regional berth.

That’s the longest active streak in a powerful SEC that sent 10 teams to regionals this spring. But just making the postseason is no longer good enough at Vanderbilt.

Even these young Commodores understand that, and elevated their game at the most important time of the year. Vanderbilt rolled through the Clemson Regional for the second straight year, winning pitcher’s duels against St. John’s and Clemson to start the weekend and then blasting the host Tigers 19-6 in the regional finale.

That beatdown came courtesy of a NCAA Tournament record-tying nine home runs, three of them by Connor Kaiser. Perhaps the best defensive shortstop in the country, Kaiser’s elevated his offense this season, moving into the cleanup spot in the order, and set a school record with 10 RBI in Sunday’s win.

Kaiser and Vanderbilt now head to the Super Regional against SEC rival Mississippi State, looking to reach the College World Series for an incredible fourth time in eight years. That continues to be the expectation for Corbin’s Vanderbilt teams no matter how young or inexperienced they are.

Heck, no one expected the 2014 team to do much damage in the postseason and that team won the program’s lone national championship.

It’s about getting hot at the right time and this Vanderbilt team is now clicking on all cylinders and still playing in mid-June. They’re ahead of schedule, but Omaha doesn’t seem like a stretch for these boys anymore.