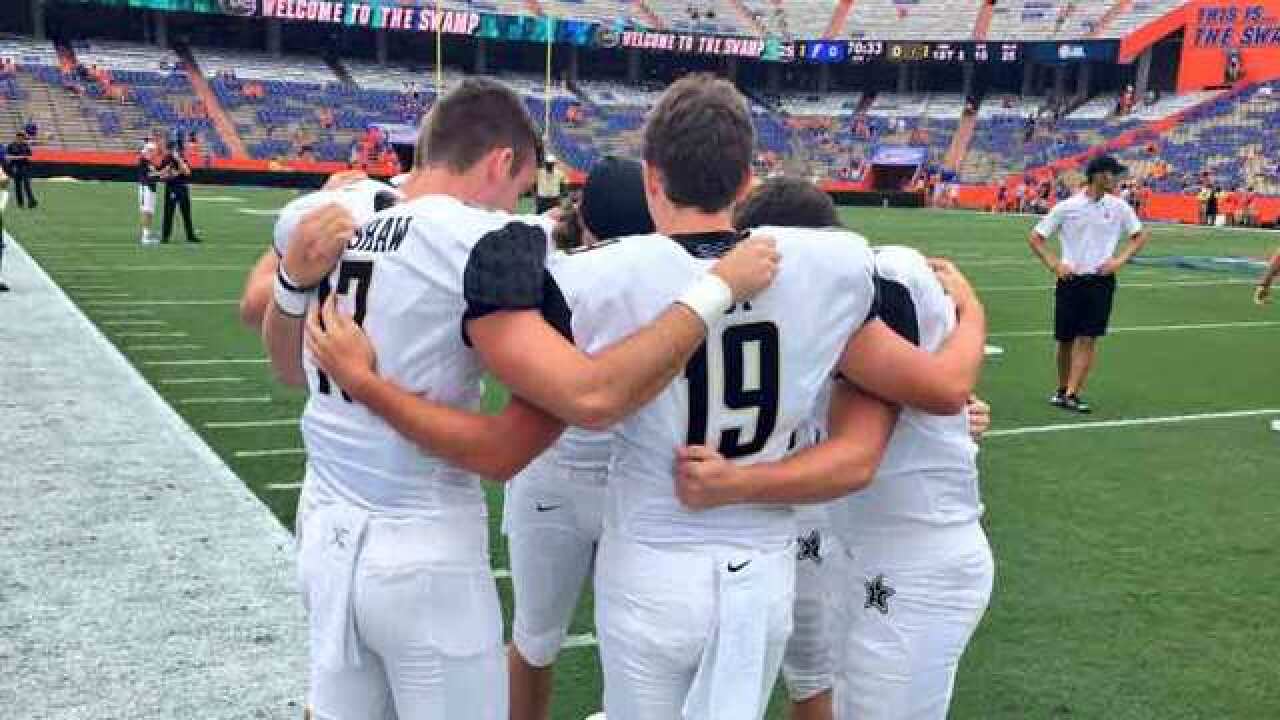 Copyright 2017 Scripps Media, Inc. All rights reserved. This material may not be published, broadcast, rewritten, or redistributed.
&lt;p&gt;Photo Courtesy: Vanderbilt Football on Twitter&lt;/p&gt;

A week after being humiliated by top-ranked Alabama, Vanderbilt looked to prove it's 3-0 start to the season was legit and that it is, indeed, a threat in the SEC East. But on a slippery, humid day in The Swamp it was the Dores' defense that let things slip through their grasp in a 38-24 loss to no. 21 Florida.

Two weeks ago Vanderbilt held the no. 1 defense in America, having allowed just 13 points through three games. Then Alabama racked up 59 points and 677 yards at Dudley Field and the shine has clearly come off of Derek Mason's normally sure-tackling crew.

Florida racked up a season-high 38 points on 467 yards Saturday despite losing starting quarterback Luke Del Rio for the season to a shoulder injury just before halftime. The Gators just subbed in Hail Mary-hero Feleipe Franks and took advantage of a Commodores' defense that lined up poorly, blew coverages and missed tackles all day.

The most telling sequence came with just over 2:00 to play and Vandy trailing by just seven. Florida faced a third and eight at the VU 40-yard line and had a first round run by Lamical Perine called back for a holding penalty. Given another chance, the Gators ran the ball again on third and nine and Malik Davis nearly picked up the first down, pushing defenders to right up next to the first down marker. Then on fourth and one, Vanderbilt sold out to get the stop but didn't fit their gaps properly and Davis busted a 39-yard touchdown run to put the game away.

Three chances to give the ball back to the offense for a chance to tie or win the game in the final minutes and the defense couldn't get the job done. For the day, the Commodores allowed the Gators to convert seven of 16 third down attempts and also go 3-3 on fourth downs.

That's a bitter disappointment for a coach and a team that pride themselves on their defense. Score 24 points at Florida and Vanderbilt's defense should be good enough to get the job done. Except it wasn't.

And truth be told, Vanderbilt needs it's defense to step up for this season to go the way they want it to. Kyle Shurmur is one of the better quarterbacks in the SEC, throwing for 264 yards and three touchdowns Saturday while not turning the ball over. But the offense remains a work in progress with Ralph Webb getting bottled up once again, rushing for just 29 yards on 11 carries while the Dores ran for just 46 yards total as a team.

The defense still has to carry the load for this team, and for that to happen, it has to regain it's swagger. A 3-0 start to the season has now become an 0-2 start in SEC Play, and it doesn't get any easier with a visit from no. 7 Georgia on tap next week.

All is not lost on West End, but the defense needs to return to form in a hurry.