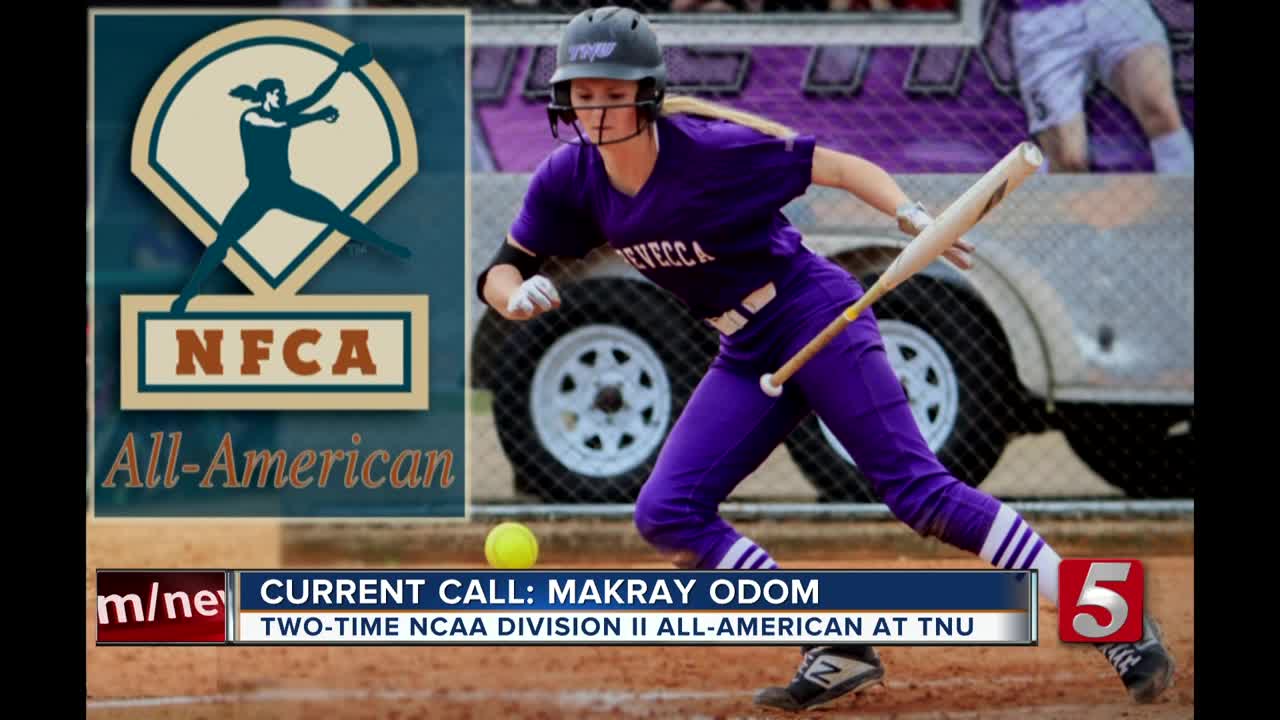 Trevecca Nazarene Softball coach Ben Tyree's email to the Newschannel 5 sports staff started with "How can we not talk about MaKray Odom"?

NASHVILLE, Tenn. (WTVF) — Trevecca Nazarene Softball coach Ben Tyree's email to the Newschannel 5 sports staff started with "How can we not talk about MaKray Odom"?

And in truth, as we go through our Curtain Call series honoring the special teams and individuals that accomplished so much on the field or court only to have their seasons, and in many cases their careers, come to an end, failing to mention Odom would be a glaring omission.

The Trevecca Nazarene shortstop has always been a winner. Odom won two state titles and finished as state runner-up twice during her career at Dickson High School. She had multiple division I offers to play softball in college, but elected instead to go to TNU where she’s become perhaps the greatest athlete in Trojans’ history.

Odom has been a three-year captain, helping Tyree’s climb the NCAA division II ranks. She hit better than .560 last year while leading the country in hits. She was the GMAC Player of the Year and a Division II All-American after both her sophomore and junior seasons.

Odom owns the highest career batting average of all active players in Division II, and this season had led a 15-and-3 Trojan squad into the top 10 of the national rankings for the first time in their N-C-A-A history.

But the individual and team success stopped there when the NCAA ordered all spring sports to stop because of the spread of the COVID-19 virus in America.

Nevertheless, Odom will go down as the best softball player in Trevecca history. She’s plenty accomplished off the field as well. She was an Academic All-American that graduated in just 3.5 years, and Tyree describes her as one of the most humble people he’s met and true example of what TNU expects of its Christian Scholar-Athletes.

Take a Curtain Call, Makray. You earned it.