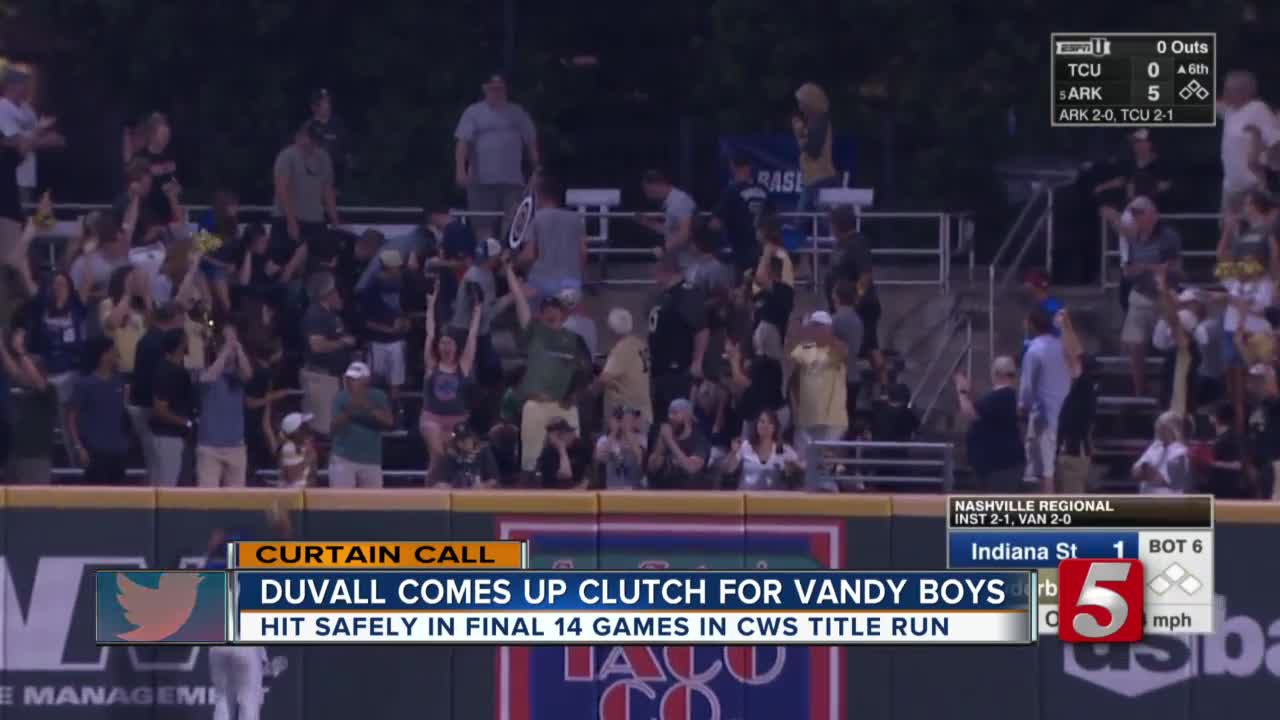 Ty Duvall arrived at Vanderbilt as a great defensive catcher with a strong arm. He became a hitter with the penchant for the big moment.

NASHVILLE, Tenn. (WTVF) — Ty Duvall arrived at Vanderbilt as a great defensive catcher with a strong arm. He became a hitter with the penchant for the big moment.

The legend that leads to his Curtain Call started during his sophomore season. With Vanderbilt trailing No. 5 Ole Miss in the bottom of the sixth inning of a seven-inning doubleheader, Duvall ripped a bases loaded double down the right field line. All three runners came around to score on what proved to be the game-winning hit as the Vandy Boys beat the Rebels 8-7 to clinch the series.

Duvall came up big again as a junior. He hit .275 overall, but hit a full .048 higher with runners in scoring position. He was 4-8 with the bases loaded on the season, including a grand slam against Indiana State that helped Vanderbilt clinch the regional title.

Duvall hit safely in the final 14 games of the season as the Commodores capped off a 59-win year with the school’s second College World Series title.

One of just two graduating seniors in the lineup for Vandy this season, Duvall upped his batting average to .288 while guiding a young team through a successful early part of the schedule. The Dores were viewed as a threat to repeat as CWS champs when the season was canceled due to the spread of the Coronavirus.

Duvall may or may not return for his extra year of eligibility in 2021. But his legacy is already secure as a strong defensive catcher that came up big in the clutch.

And most important of all as a national champion.