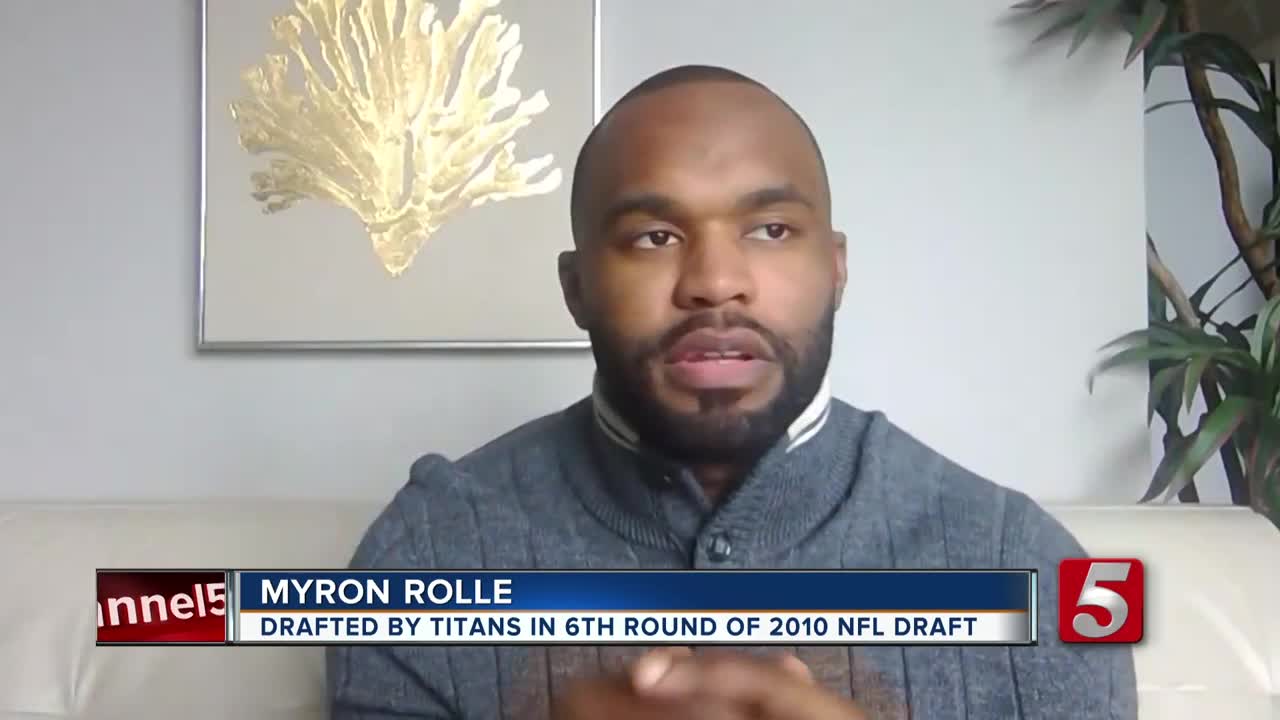 Myron Rolle is right in the middle of the action once again. The football player turned Neurosurgery resident is on the front lines of the battle against COVID-19, hoping to play a role in the most important victory of his life.

NASHVILLE, Tenn. (WTVF) — Myron Rolle is right in the middle of the action once again. The football player turned Neurosurgery resident is on the front lines of the battle against COVID-19, hoping to play a role in the most important victory of his life.

Rolle, a former All-American safety at Florida State and a draft pick by the Tennessee Titans, traded in his facemask for a surgical mask at the end of his career in the hopes of living out his lifelong dream of becoming a neurosurgeon.

“Football was great, but I always knew medicine was going to be the next chapter, the second chapter,” Rolle said recently on an interview via Zoom.

Chapter two comes as no surprise to anyone who has followed Rolle’s story. Despite his collegiate success on the gridiron, Rolle delayed his entry to the NFL by a full year, becoming a Rhodes Scholar and studying at Oxford instead of entering the NFL Draft in 2009.

Rolle’s stock dropped and he fell into the sixth round of the 2010 Draft before he was selected by the Titans. He spent two years with the team before being released, and after failing to make a NFL active roster in 2012, he chose to hang up his pads for good and head to medical school.

“I just kept this parallel track of football and academics going while I was competing,” Rolle said. “I just want wanted football to take me as far as it could. And once it did – once I got it all out of my body – I said let’s move into medicine, so that we can still contribute to society, and I can still live out this lifelong dream of fixing people and helping people.”

Rolle’s pursuit of his dream of practicing medicine has led him to Massachusetts General Hospital, where he’s now a third-year neurosurgery resident in one of the places seeing the biggest influx of patients suffering from COVID-19.

While the hospital is taking in 100’s of patients daily that have contracted the virus, Rolle and the neurosurgery team continue to perform life saving surgeries of their own while trying to help the hospital prepare for the coming surge of the outbreak.

Rolle says that while no procedure can be rushed, the length of time patients are spending in the hospital after the procedure has been reduced.

Each day is another challenge, and another potential life and death situation. Rolle says he often draws upon the skills he gained playing football when inside the operating room.

“Football has helped me so many ways,” Role said. “One, it’s a team sport to be a neurosurgery resident. You have to be a team player and learn to work within a team environment with other residents, the attending and other people in the operating room. Communication is obviously very important. Everyone has to be on the same page, just like when I was a safety, I was manning the defense, calling out down and distance and trying to be proactive on the field, you have to be proactive as a leader in the operating room. And then I think the biggest crossover trait that’s helped me the most has been mitigating pressure. When the pressure rises, you have to go back to the basics, your fundamentals. I’ve used that from football (and) now to medicine.”

Rolle’s seen enough from this virus and all his years in medicine to know he’s not as invincible as he once thought on the football field, but he takes an optimistic approach to his work. And he remains confident that with a little help from the public in stopping the spread, brighter days are ahead.

Medical professionals and doctors from around the world are working around the clock to come up with solutions to treat or even get rid of the Coronavirus. Rolle is confident that he and his new teammates in medicine will eventually win this battle.

“My advice would just be pay attention, be careful, protect yourself, protect your family, and then we can get through it,” Rolle said. “I think we have some brilliant women and men who are studying this and working incredibly hard in laboratories, finding novel ways to fix a novel problem. It will happen.”