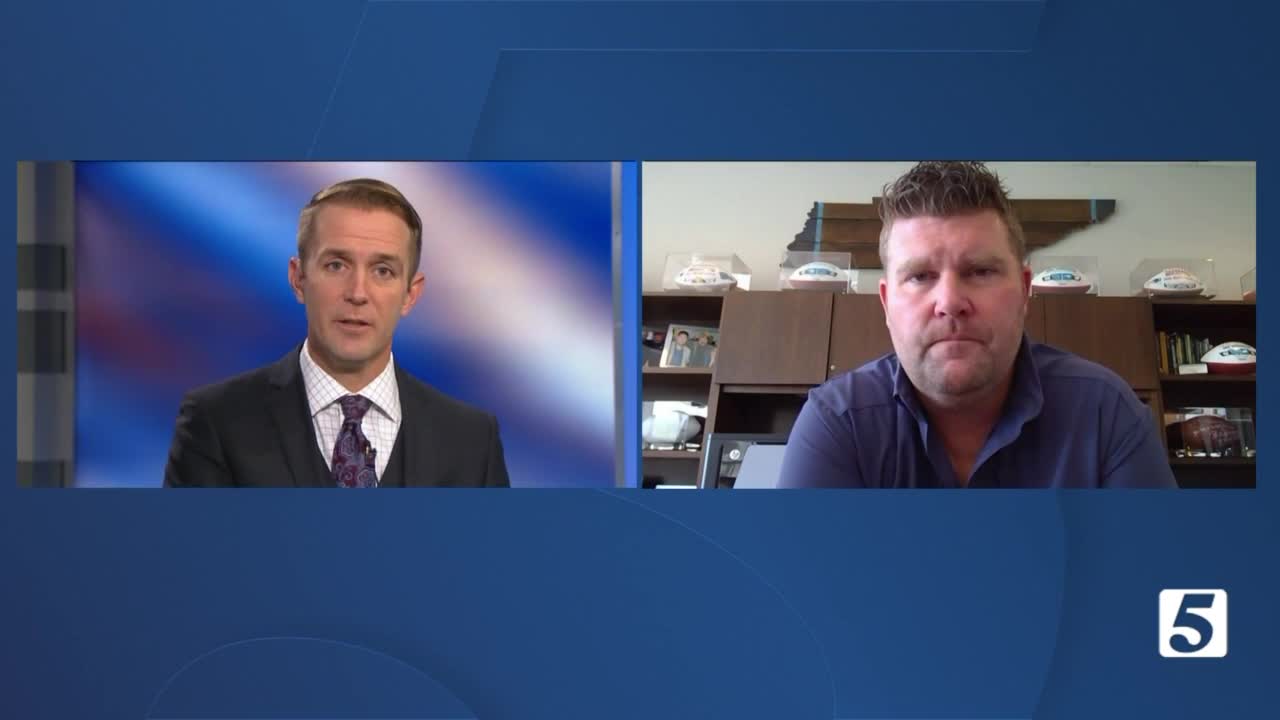 It’s been an up and down season so far for the Titans, and no one knows that better than general manager Jon Robinson.

NASHVILLE, Tenn. (WTVF) — It’s been an up and down season so far for the Titans, and no one knows that better than general manager Jon Robinson.

The Coronavirus pandemic meant Robinson had to build a roster without offseason workouts or preseason games. The result of that has meant the GM has been more active than normal during the regular season.

Tennessee started the season 5-0, but has dropped three of the last four games to lose control of the AFC South for the first time this season. Special teams and defensive struggles have cost the Titans, and the offense has failed to keep up with its early season pace during the swoon.

Newschannel 5’s Steve Layman caught up with Robinson for a rare interview during Friday’s Titans Road To Tampa to ask the GM about the special teams' woes, the structure of the defense, the team’s early season shutdown due to COVID-19 and Robinson’s hopes for the stretch run.

Watch the entire interview in the video player above.