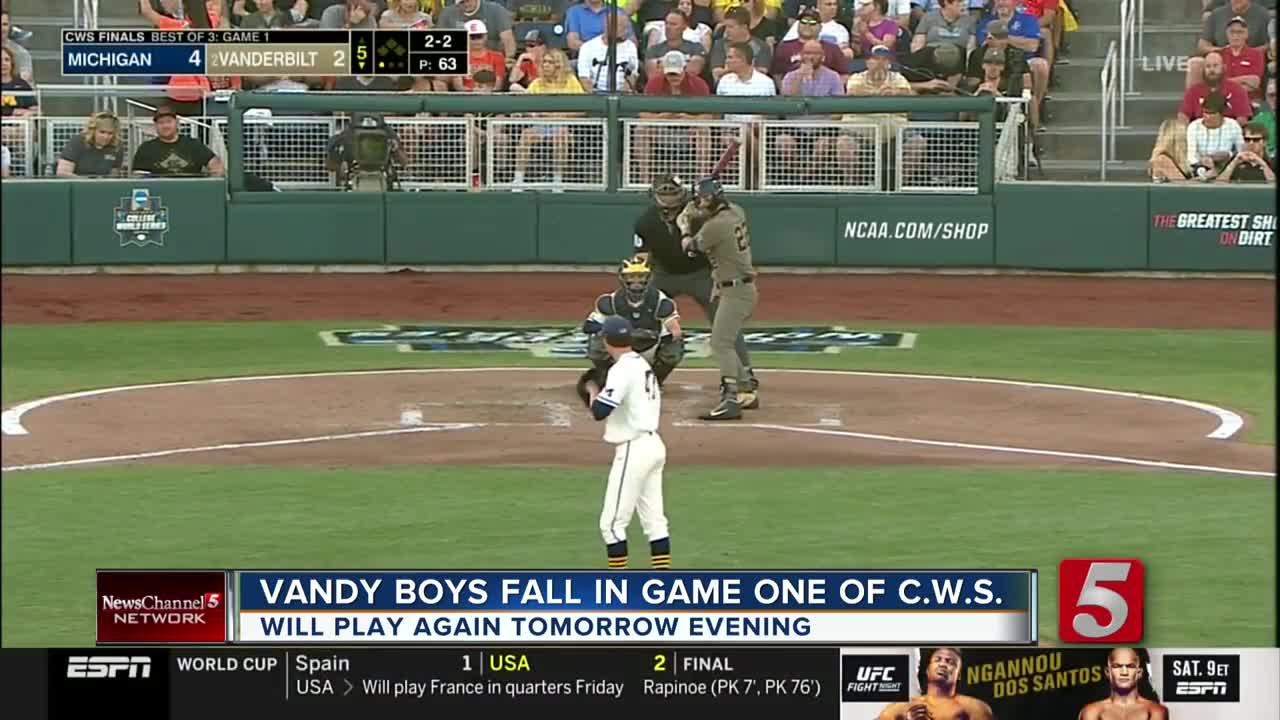 After sneaking in as one of the final four teams into the NCAA Tournament, no one expected Michigan to make it to Omaha, let alone win a national championship. 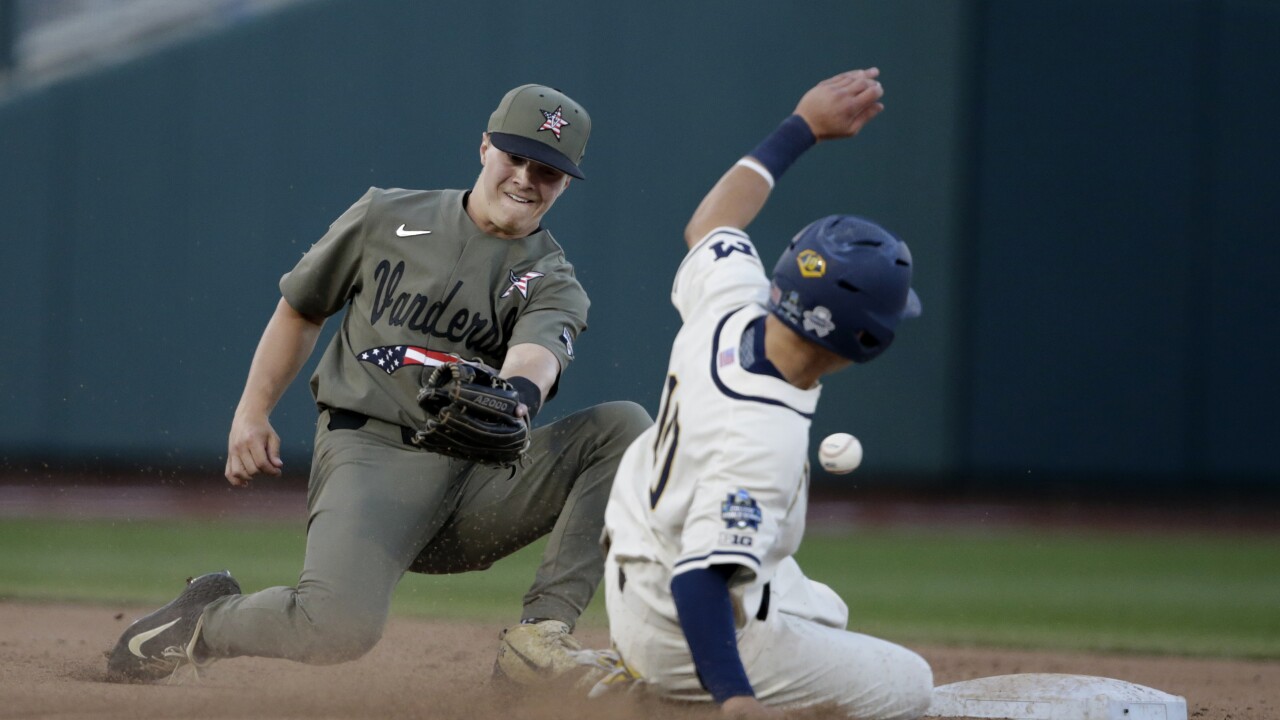 OMAHA, Neb. (WTVF) — After sneaking in as one of the final four teams into the NCAA Tournament, no one expected Michigan to make it to Omaha, let alone win a national championship. But in game one of the College World Series finals Monday the Wolverines proved they belonged on the big stage with a 7-4 win over no. 2 Vanderbilt.

The underdog Wolverines have played loose and free all postseason and did so again, jumping on the Commodores early.

The first three batters of the game reached base against Vandy ace Drake Fellows, who suffered just his second loss of the season (both coming in the NCAA Tournament). Jordan Brewer’s RBI double put Michigan on the board first. Brett Nelson’s RBI single made it a 2-0 start, and it could’ve been more if the Wolverines didn’t have a runner thrown out at third.

The maize and blue added two more in the second on a run scoring double from Ako Thomas and a RBI groundout.

Then they turned the game over to ace Tommy Henry, who continued his incredible tournament run. After battling through pneumonia and top seed UCLA in the Super Regional, Henry three a complete-game shutout against Florida State here in Omaha and Monday contained arguably the nation’s best lineup.

Vandy slugger J.J. Bleday finally squared up a fastball, ending his 10-game homer drought with his nation’s leading 27th home run over the right field bullpen in the sixth inning.

That cut the deficit to 4-3, but Michigan immediately answered in the top of the seventh when Jimmy Kerr belted his third home run of the CWS to almost the exact same seat in the right field bleachers as Bleday’s shot. The two run homer gave the Wolverines some breathing room that allowed them to close the game out.

And now Michigan moves within one win of a most improbable national title. It would be the program’s first since 1962, when Kerr’s grandfather was the star of the team. It would be the first title for any Big Ten or upper midwestern team since Ohio State won it all in 1966.

The Wolverines will have to earn it. Vandy will counter in game two with freshman phenom Kumar Rocker, who helped the Commodores fight off elimination in game two of the Super Regional with a 19-strikeout, no-hitter against Duke. He was also strong in the team’s 6-3 win over Mississippi State last week.

Vanderbilt will count on Rocker and their usually potent attack to get them back into this series and force a decisive game three Wednesday night.

Otherwise one of the best seasons in Vanderbilt sports history will end without the trophy they came to Omaha for.