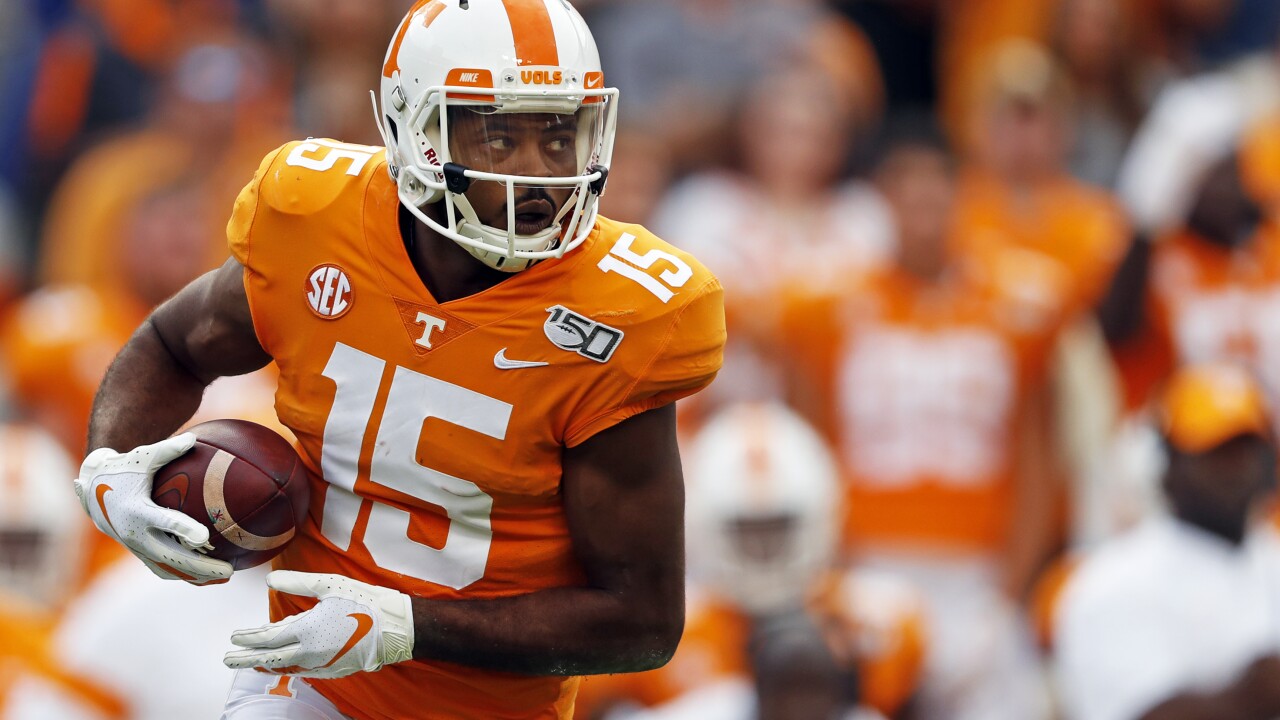 KNOXVILLE, Tenn. (WTVF) — Raise your hand if you saw that coming! Tennessee, down to a third string quarterback, put up a season-high for yards in a 41-21 thrashing of South Carolina that rekindles the team’s bowl hopes heading into the final month of the season.

This is not the same team that lost to Georgia State and BYU to start the season. Those Vols lacked toughness, discipline and found ways not to win.

This is a team that’s demonstrated resilience and appears to be growing in confidence each time they step on the field. Jeremy Pruitt was hired to maximize the talent on campus that Butch Jones never seemed to be able to coach to their full potential. It may have taken longer than the Big Orange faithful would have liked, but Pruitt has coached this team up and it shows.

On Saturday that included a third-string QB, J.T. Shrout, who subbed in for an injured Jarrett Guarantano to throw for 122 yards and a touchdown on 7-11 passing. Guarantano threw for 229 yards and two touchdowns before getting hurt, helping the Vols explode for a season’s best 351 yards.

Credit to Jim Chaney, Tennessee’s $1.5 million offensive coordinator. He took criticism for the offense’s failures early on in the season, but deserves praise for handling three different quarterbacks and making the appropriate gameplan adjustments to fit each one over the past few weeks.

Of course, it doesn’t matter who the quarterback is when you have Jujuan Jennings and Marquez Callaway to throw balls up to. Jennings proved once again that he’s the heart and soul of this team, dazzling with multiple highlight reel grabs while making seven catches for a game-high 174 yards and two touchdowns. Callaway had three catches for 102 yards, including a 55-yard strike late in the third quarter that gave Tennessee a 31-21 lead and control of the game.

With Jennings and Callaway, there’s no such thing as a 50-50 ball, and Chaney would be wise to keep taking shots to them regardless of who’s throwing the passes. The pass game Saturday clicked despite the fact the Vols were wounded with the loss of both of their offensive tackles.

Pruitt’s defense pitched a shutout in the second half after South Carolina took a 21-17 lead to the break. And the special teams contributed with a blocked punt that was recovered in the checkerboards by Daniel Bituli for a touchdown.

This was a complete team victory. A second SEC win in three weeks, sandwiched around an encouraging performance, even in defeat, at no. 1 Alabama, makes Tennessee 3-5 on the season. The Vols will have to win three of their final four games to reach a bowl game for the first time in three seasons, but all of a sudden that seems doable.

Tennessee plays its final non-conference game against UAB next week before a trip to a Kentucky team scrapping and clawing for bowl eligibility itself. The Vols then get a bye week before finishing with a game at Missouri and at home against Vanderbilt. It’s not exactly murderer’s row.

Reaching a bowl game has been the goal for Pruitt’s second team all along. It just didn’t look like it had any chance of happening when UT was losing to Georgia State and BYU at home, and getting pounded by Florida and Georgia to start SEC play. But the Vols have stuck with it and become a pretty solid football team.

Nobody saw this turnaround coming. But after Saturday it’s possible, really for the first time all season, to see Tennessee reaching a bowl game.