In Defense Of Smashville 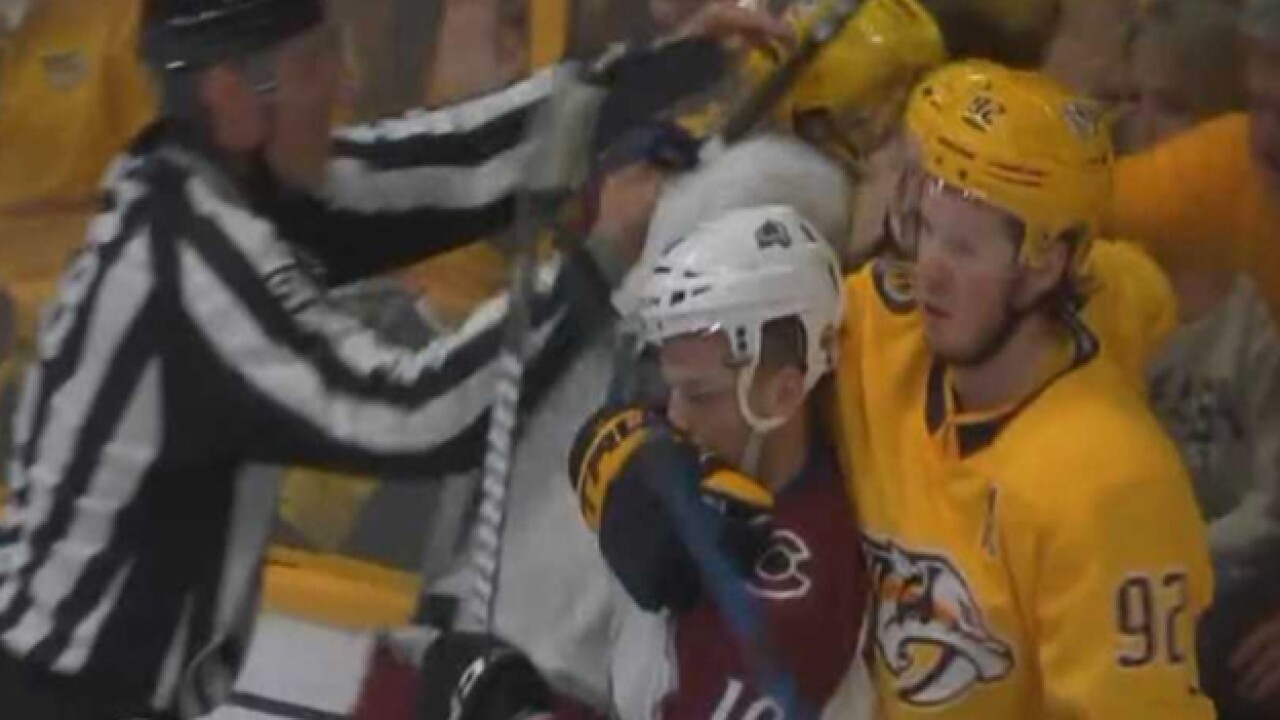 How dare you, Mark Kiszla? How dare you speak ill of the great city of Nashville, Tennessee and their beloved hockey team?

If you don’t know what (or who) I’m talking about, Mr. Kiszla, a sports columnist for the Denver Post, had some unflattering things to say about both our city and our hockey team after the Predators beat the Avalanche 5-2 Thursday night in game one of their playoff series.

Kiszla’s anger apparently has to do with Ryan Johansen’s hit on Colorado’s Tyson Barrie late in the second period.

Look, I get it. You never like to see anyone get hit in the head. Thankfully, Barrie was a bit shaken, but he did return to the game.

But, to label Smashville (yes, we call it Smashville, Mark, sorry if you don’t like it!) “Classless” and to call Johansen “Ryan The Ripper?” In the words of Hall Of Fame wide receiver Cris Carter: “Come on, Man!” Over the line. Click bait.

Predators Head Coach Peter Laviolette said on Friday that Johansen’s hit on Barrie “wasn’t even worth discussion, I thought it was a clean hockey hit.”

Barrie, however, was singing a different tune: “If those are the hits you are allowed to take, maybe (we should) take a run or two at (their) guys and see (what we) can get away with.” Hmm. Interesting.

Perhaps Kiszla is starting to realize the truth: The Colorado Avalanche played a solid game in game one. They skated, they hit, the created quality scoring chances, and twice held the lead. AND THEY STILL LOST 5-2!!

This series is far from over, but it sure looks like the team whose fans like to be loud and throw catfish is the superior one. Perhaps that is the root of Mark Kiszlas’s angst.

Oh, did I mention Mark used to live here in Nashville as a teenager? I’d like to say we miss you, Mark. But, we don’t.