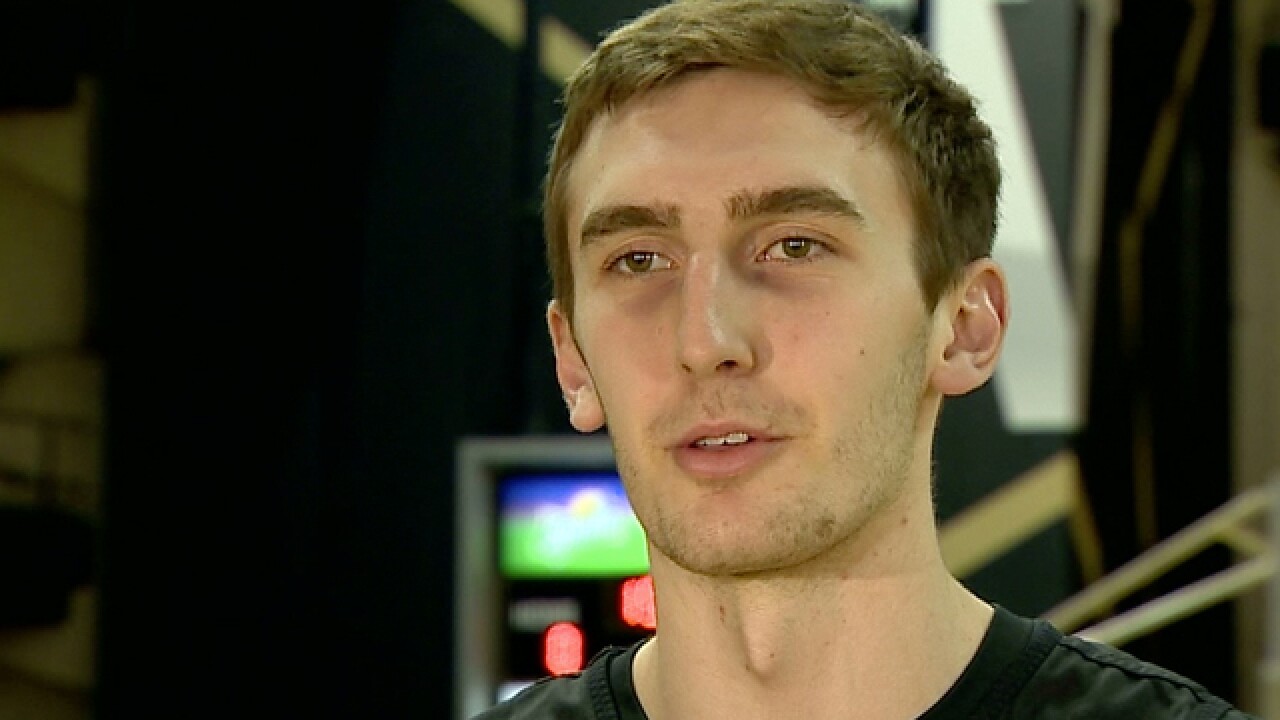 When Luke Kornet first arrived at Vanderbilt as a freshman four years ago, he was a guard trapped in a seven-footer's body. He was a skilled big man with a terrific shot, but unprepared physically to battle in the paint in the SEC.

Over the course of the last four seasons he has developed into one of the best players in the SEC, and Tuesday was named a first team all-conference selection.

Kornet has been just that this season, averaging 13.8 points, 6.2 rebounds and 2.1 blocks per game this season while leading the Commodores to five wins in their last six games to climb into contention for an at-large selection to the NCAA Tournament.

Kornet's offensive game has never been in doubt, but his defensive game has been transformed in college from a player that was once a liability to a guy that is now one of the best rim protectors in the SEC. That's why he was also named to the league's all-defensive team Tuesday, an honor even he didn't think would ever be possible.

"When I came in I was definitely the worst defender on our team," Kornet said. "Our strength coaches and assistant coaches have worked hard on trying to make me better. It's something I've taken pride in, but not something I would've expected when I was a freshman."

If you're looking for a reason for Vandy's late season surge, look no further than the 7-1 senior. Over the team's 8-3 finish to the year, Kornet's upped his scoring average to close to 15 points per game and delivered two of his four double-doubles.

An explanation for that is that Kornet is finally healthy. After battling knee injuries throughout his career, Kornet was hurt again during the preseason. Drew says it wasn't really until the calendar flipped to 2017 and SEC play began that his big man finally started to look like himself again.

When he took the Vanderbilt job last April, Drew knew that Kornet would be a critical piece to the Commodores' success in his first season. He's thankful to have the big man playing at 100 percent down the stretch.

With a healthy Kornet, the Commodores have been one of the hottest teams in the country down the stretch, sweeping Florida and winning games over tournament teams like Iowa State, Arkansas and South Carolina. If Vandy can beat Texas A&M in it's SEC Tournament opener Thursday night it should be in a good position to make the NCAA Tournament for a second consecutive year.

Kornet's career evolution has been remarkable, but he hopes the best is yet to come this March.

"I'm just proud of our team," Kornet said. "I just want to come out and do well in this SEC Tournament and in the postseason."