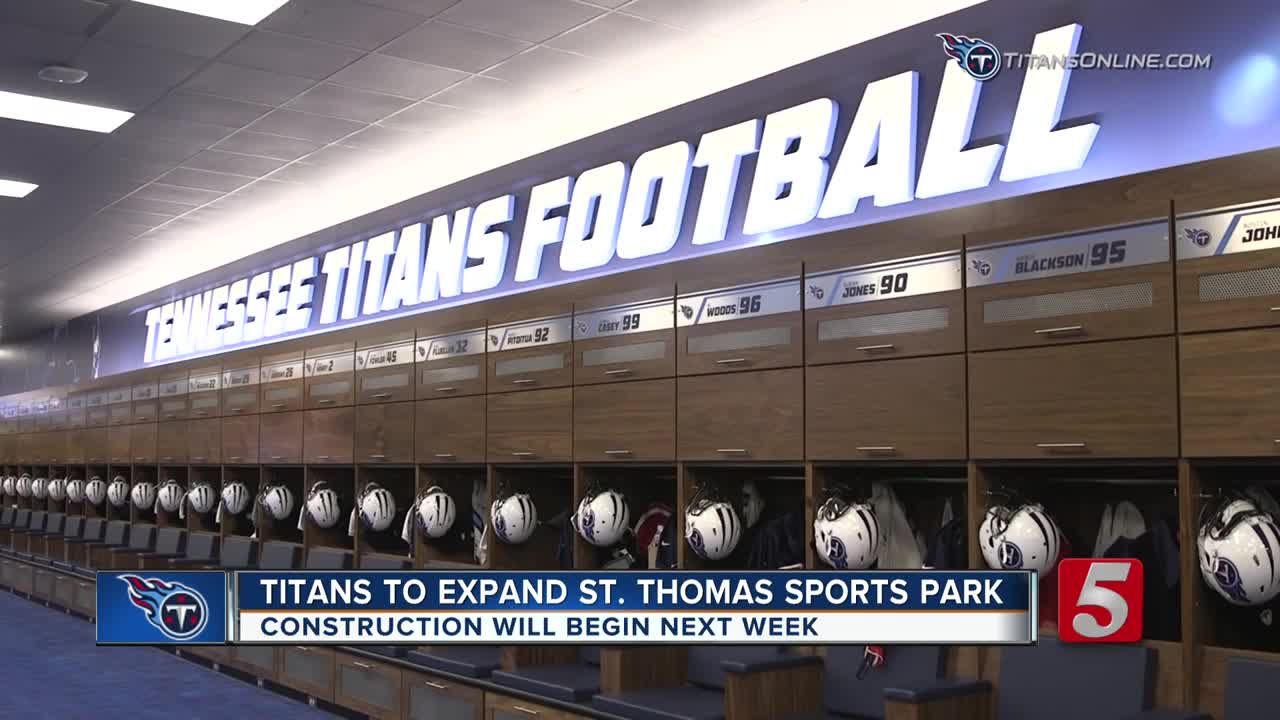 The Titans announced Wednesday that they will break ground next week on a 60,000 square foot expansion of St. Thomas Sports Park. It will nearly double the size of the team’s headquarters and should put to rest the idea that the team’s owner is cheap.

NASHVILLE, Tenn. (WTVF) — The Titans announced Wednesday that they will break ground next week on a 60,000 square foot expansion of St. Thomas Sports Park. It will nearly double the size of the team’s headquarters and should put to rest the idea that the team’s owner is cheap.

Amy Adams Strunk has been the Titans controlling owner since 2015. In that time she’s grown the team’s workforce – administration and support staff – by 50 percent. And she’s poured her time and millions of dollars into the franchise to try to elevate it into the upper echelons of the NFL.

In her four-plus years in charge, Adams Strunk has become more involved in the Nashville community, even moving here from Texas. She has shaken hands and spearheaded charitable projects and made the team more visible both locally and around the league. The NFL doesn’t send the Titans to play in their first international game last year in London if not for Adams Strunk. The NFL Draft in April was her baby, and became one of the biggest successes in not just Titans’ history, but NFL history.

She’s made tough decisions. She fired Ken Whisenhunt seven games into her first season in charge of the team, then replaced the general manager at year’s end. Then two years later she fired new head coach Mike Mularkey even after he led the team to the playoffs for the first time in nine seasons because it wasn’t good enough. And she’s equipped general manager Jon Robinson with the money to sign whoever he deems necessary to help Mike Vrabel now coach this team to the next level.

She’s shooting for the stars on the field and off. After 20 years of the same uniforms, she threw a party on lower Broadway in 2018 to unveil new ones that were met with almost universal applause. She’s done her best to try to bring a young and sometimes distracted fanbase back into the fold, and she’s also done everything possible to make her employees – from the quarterback to the receptionist – feel better about the place their coming to work each day.

Adams Strunk’s sunk millions of dollars into St. Thomas Sports Park, renovating nearly every inch of the facility, revamping the team’s locker room and weight room, and then expanding and improving the team’s cafeteria and dining options last summer. Now she’s spending millions more to give coaches and players a state-of-the-art auditorium and expanded meeting and film rooms. She’s also going to build the additional office space to finally bring all of the team’s staff, spanning over several different departments, under one roof.

The renovations have turned one of the worst team facilities in the NFL into one that is now among the best. Once a negative for prospective free agents, St. Thomas Sports Park is now a selling point, and it’s only going to get better with this new project.

Yet for some reason the cheap label remains with Adams Strunk and the Titans. Perhaps it’s just the carryover from her father, Bud Adams, the team’s long time owner who died in 2013. Adams, who remained in Houston even after moving the team to Tennessee, was not very involved in his later years and was viewed by many fans as an absentee owner. It didn’t help things that when he died, his other daughter, Susie Smith, temporarily put her husband in charge of the team and the Titans fell into a 5-27 tailspin on the field.

Adams Strunk had a lot to change when she took over, and she’s checked them off her list one by one while turning around the product on the field. After enduring the end of the freefall in 2015, the Titans have gone 9-7 in three consecutive seasons and currently sit at 5-5 and in the playoff hunt once again. There’s no guarantee more wins are on the way, but Adams Strunk wants to bring a Super Bowl title to Nashville and her actions prove that.

She has her finger on the pulse of the team, its fans and this community. And she’s definitely not afraid to spend money when she sees an area that can be improved. Did the Titans absolutely need to expand their facility after its other recent renovations? Nope. Will the facility and the organization become a better place to work because of the new project? Absolutely.

And it’s all because of Amy Adams Strunk. It’s time she sheds the cheap label once and for all.