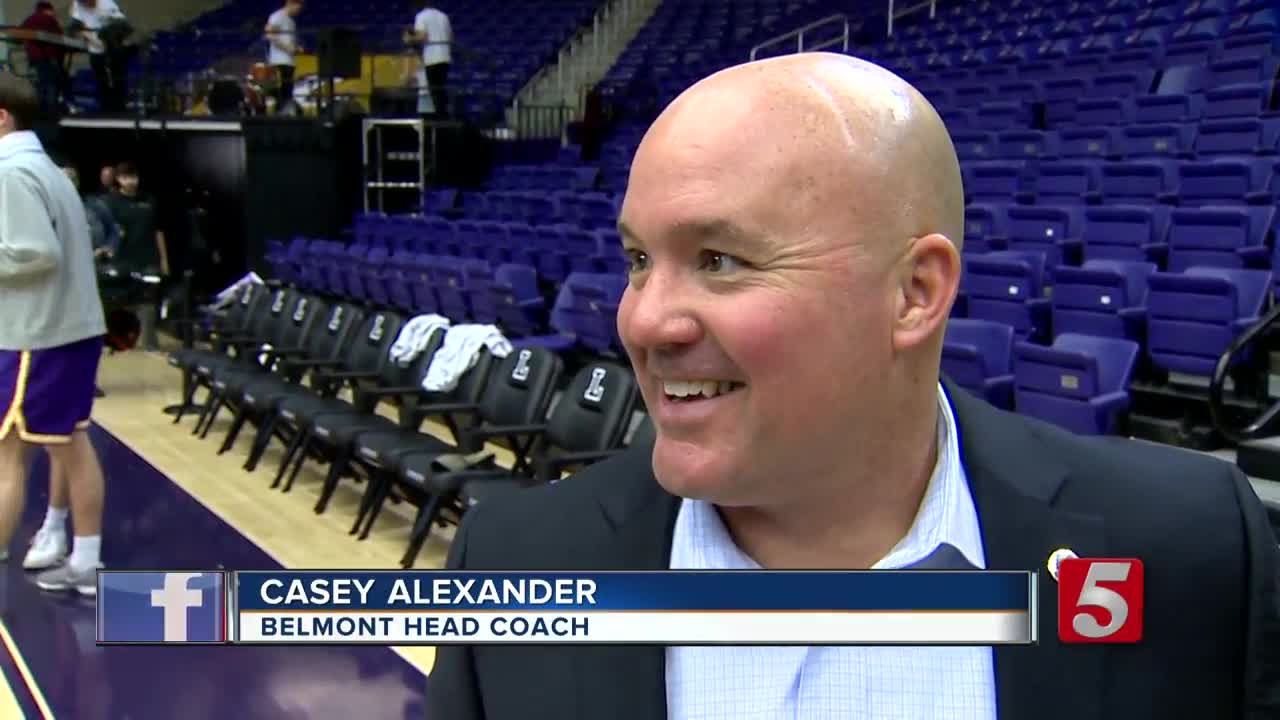 The coaches and players can change, but the Battle of the Boulevard remains just that, a battle. Round one this season belongs to Belmont after a 73-67 win Wednesday night at Allen Arena.

NASHVILLE, Tenn. (WTVF) — The coaches and players can change, but the Battle of the Boulevard remains just that, a battle. Round one this season belongs to Belmont after a 73-67 win Wednesday night at Allen Arena.

It was a good night for Casey Alexander. The first year Belmont coach saying after the game, “I got to see a lot of people that I care about and like and Belmont won the game.” But mainly Alexander was smiling after the game because it was over.

This was not a night he was looking forward to. He spent six great years at Lipscomb, elevating the program from the bottom of the Atlantic Sun to its first ever NCAA Tournament appearance in 2018 and trip to the NIT championship last season.

But Belmont is home. That’s why Alexander made the difficult decision to leave Lipscomb and return to his alma mater to replace the legendary Rick Byrd last spring.

Stars like Dylan Windler and Kevin McClain at Belmont and Garrison Matthews and Rob Marberry at Lipscomb may be gone, but new stars emerge in this game.

Freshman K.J. Johnson scored 16 points and looks like a future star for new Lipscomb coach Lennie Acuff. And with two veteran leaders out injured, Andrew Fleming went from role player to go-to scorer in the second half. His 18 points helped the Bisons pull within 71-67 with a minute to go.

But the biggest star on this night was Belmont point guard Grayson Murphy. A guy that Alexander recruited hard while at Lipscomb and now gets the pleasure of coaching on the other end of the boulevard.

Murphy controlled the game, scoring 12 points and dishing out five assists. The 6’2 sophomore then willed Belmont to victory with several big rebounds down the stretch on the way to grabbing a game-High 13 for the night.

Toss in typical offensive nights from Nick Muszynski and Adam Kunkel and Belmont has bragging rights for the 14th time in 16 meetings in the series. Only this time Alexander was in the locker room celebrating with them.

But don’t let the series’ recent results fool you. Each of those wins were hard fought and well earned, and Acuff’s Bisons proved, even shorthanded, they aren’t going to back down from their neighborhood rival.

This was fun, even for Alexander. Let’s do it again in two weeks.