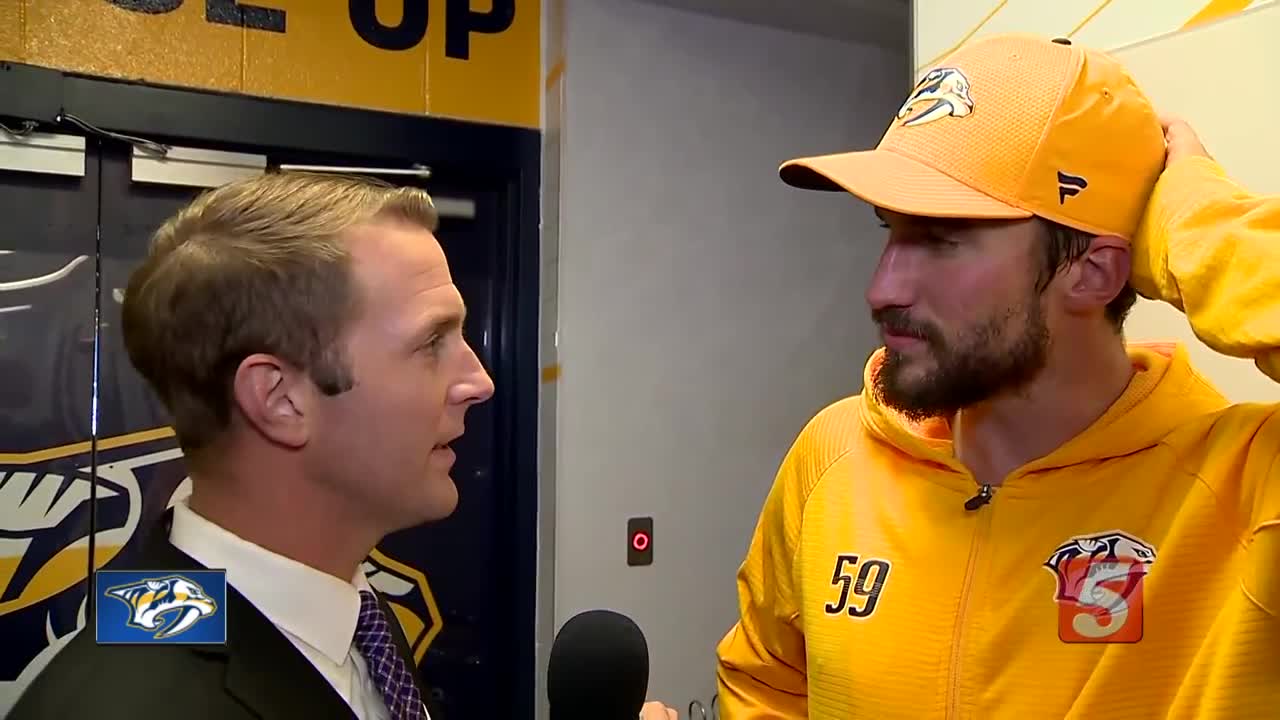 The day started with Predators staffers lining the hall and clapping as the team announced a contract extension for Roman Josi. It ended with a 161st consecutive sellout crowd throwing hats on the ice in celebration of Nick Bonino‘s hat trick in a 3-0 win over the rival Blackhawks. 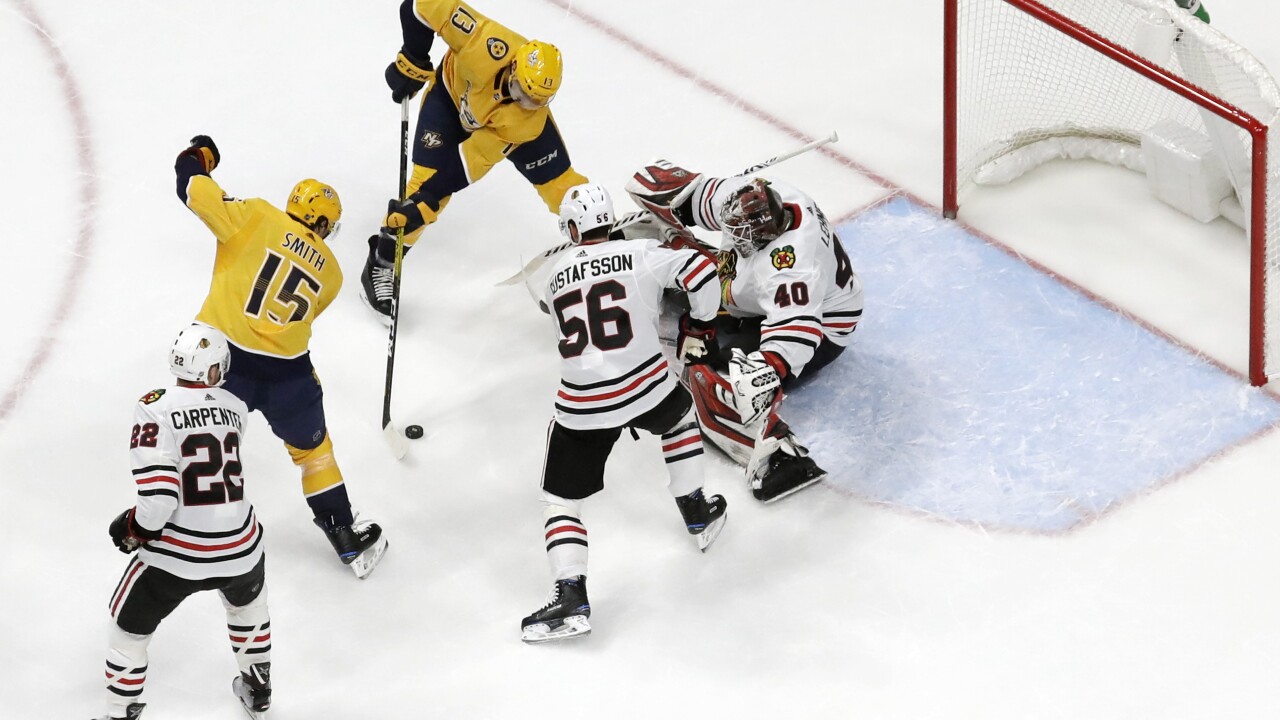 NASHVILLE, Tenn. (WTVF) — The day started with Predators staffers lining the hall and clapping as the team announced a contract extension for Roman Josi. It ended with a 161st consecutive sellout crowd throwing hats on the ice in celebration of Nick Bonino‘s hat trick in a 3-0 win over the rival Blackhawks.

These are good times in Smashville, with the Predators enjoying their greatest run of success in franchise history. The re-signing of Josi, the team’s captain and one of the best all-around defenseman in the NHL, figures to be key to keeping that going.

But it’s guys like Bonino and fellow third line grinder Rocco Grimaldi, who had the primary assist on each goal for his first career three point night, that give this team a chance to be special right now.

The Predators run four lines deep, and as we’ve seen on more than one occasion already this season can be relentless in their attack. On Tuesday they harassed Blackhawks netminder Robin Lehner with 51 shots. If it wasn’t for a couple bouncing rebounds or great Lehner saves this game could’ve been 7-0 or 8-0.

Nashville has scored at least five goals five times in just 12 games, and shown just how explosive it can be with three comeback wins already this year.

Bonino was the star against the Blackhawks, continuously finding his way to the front of the net to pound in a rebound goal in each period. All three plays were set up by the speedy Grimaldi and fellow linemate Craig Smith, who chased the puck and fired shots on net to set up the second chance.

The success of the third line coupled with a once again stellar Pekka Rinne’s second consecutive shutout meant the Predators didn’t need anything more, but the chances were there. Ryan Johansen, Viktor Arvidsson and the top line peppered Lehner with chances all night, as did the second line with the return of Matt Duchene.

Filip Forsberg’s imminent return will make the Preds whole, and only that much more potent for opponents to deal with. The defense just needs to play like it did Tuesday, when it limited Chicago to just 20 shots, more consistently in front of its goaltenders.

That leads us back to Josi, a two-time All-Star and former World Championships MVP who is actually probably undervalued around the league. He’s never been close to winning the Norris Trophy, though general manager David Poile mused at the contract announcement Tuesday morning that that could come as soon as next June with Josi tied for the team lead in points with 13 already.

Josi and a once again healthy Ryan Ellis form one of the top D pairings in all of hockey. Mattias Ekholm remains a rock and 21-year-old Dante Fabbro plays with the poise and confidence of a much older player.

It’s that foursome, now locked up for the foreseeable future, combined with the ferocious attack we saw against the Blackhawks, that makes this Predators team a real threat.