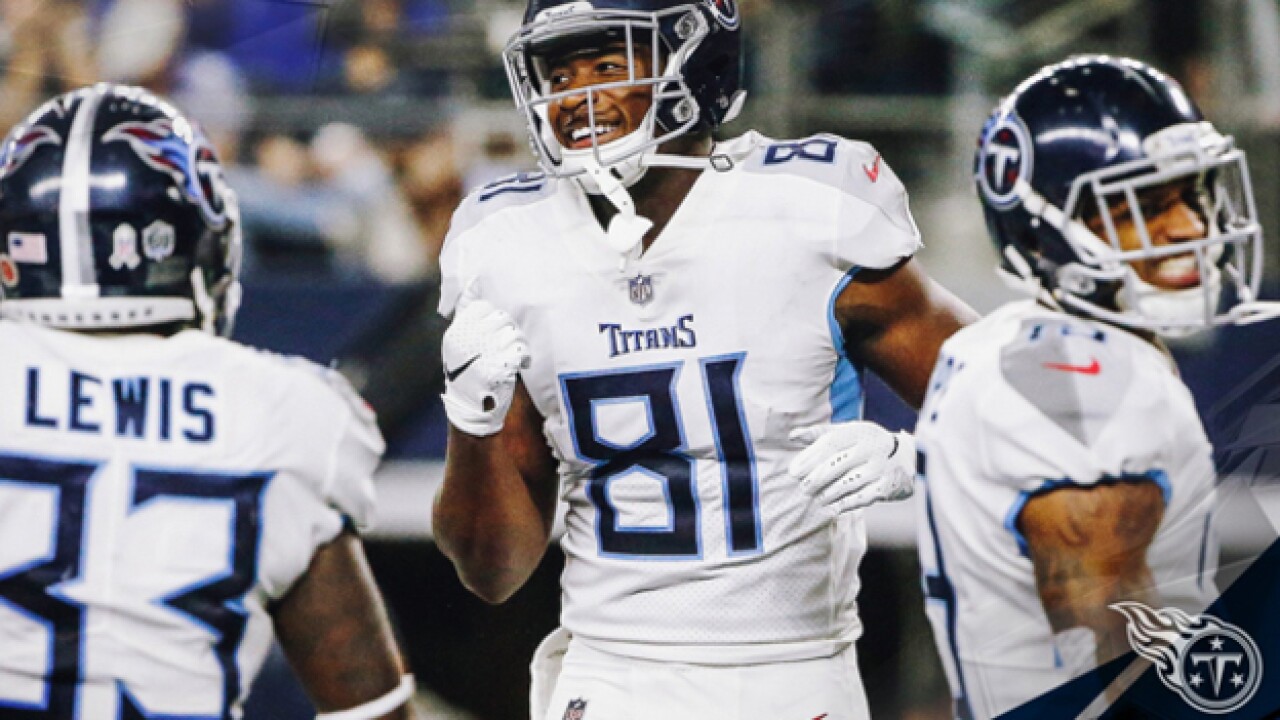 The game and, perhaps, the Titans’ season hung in the balance early Monday night. Dallas already had a 7-0 lead and looked to capitalize on a second Tennessee turnover with second and goal from the six-yard line. That’s when Kevin Byard intercepted a pass in the end zone that turned the momentum and, ultimately, the game in the Titans’ favor.

The All-Pro safety soared in the air to nab Dak Prescott’s overthrow. Then immediately sprinted out to midfield, replicating Terrell Owens’ famous celebration on the Cowboys’ star.

“I wanted to let everyone know that we came here to play,” Byard said after the game.

That wasn’t clear early when the Cowboys very easily could have built a 17-0 lead that might have buried the Titans if not for a missed field goal and the interception. But Byard’s pick breathed life into a Tennessee team that had lost three straight games.

And what followed was the type of complimentary football the Titans have talked about, but rarely delivered this season.

The offense drove 80 yards in 15 plays capped by a Derrick Henry one-yard plunge to tie the game 7-7. It was the first of two touchdowns that came off of Dallas’s two turnovers.

Dion Lewis continues to emerge as the Titans’ biggest offensive playmaker, rushing for 62 yards and catching four balls for 60 more, including an 18-yard touchdown on a well designed screen late in the second quarter.

Lewis was one of nine different receivers that caught passes as Marcus Mariota completed 21 of 29 passes for 240 yards and two touchdowns. The second one coming to often-criticized tight end Jonnu Smith on a beautiful shovel pass late in the third quarter that gave the Titans the lead for good.

From there, the Titans pinned their ears back and harassed Prescott, sacking him five times and holding the Cowboys without a point in the second half.

“You don’t just quit, go out there and fix the issues and have faith in each other,” head coach Mike Vrabel said. “There’s a lot to be learned from (these) types of situations on the field and off the field.”

In a game billed as a matchup between two of the NFL’s top defenses, it was the Titans that got the best of the battle. The league’s top red zone defense allowed just seven points on four possessions inside their 20-yard line.

Meanwhile, a Titans offense that had struggled itself in the red zone this season, scored four touchdowns in five trips. The focus for the offense during the bye week was on being more efficient in the red zone and on converting third downs, which they did 11 times in 14 tries Monday night.

Those numbers led to a season-high 28 points and, perhaps, can jumpstart the offense in the season’s second half.

The defense continues to do its job, and the offense chipped in to do its part, breathing new life into a season that seemed yards away from being lost in the first quarter Monday night.

“It was huge to get a win,” Mariota said. “Being able to get back to .500 was very important. Now we have another one coming up, that’s kind of the nature of the beast.”

The Patriots will be a whole new challenge back in Nashville on Sunday for sure. But Monday night the Titans got back on track, and, at least for now, back in the hunt.